Fritz Lang was a masterful director. Working with Germany's UFA studio in the silent era he crafted some of the most beautiful, haunting, and impressive movies of the silent era including the two part Die Nibelungen, Spies, and his best known silent film, Metropolis. Another early film of Lang's that is just as impressive but often overlooked is Dr. Mabuse the Gambler. This movie, cited as the first Film Noir by many, is an exciting gangster film that is just as lovely to watch as it is enthralling. David Shepard restored the film and it was released on DVD in 2001 by Image, but now an even longer cut that more closely resembles Lang's original version has been restored and released by Kino. With a beautiful image this new release will quickly supplant the earlier version as the one to own. 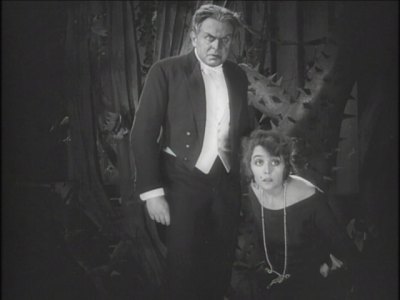 Germany between the wars experienced unprecedented freedom and social liberties. There was also a great disparity between the haves and have-nots. War profiteers had amassed great wealth while the soldiers that battled in the trenches came home to low paying jobs and massive poverty. After seeing the horrors of war, many people are just living for the day and decadence is everywhere.

It is into this atmosphere that Dr. Mabuse (Rudolf Klein-Rogge) emerges, or it may be more appropriate to say that these circumstances created Mabuse himself. An immoral character he'll do anything for power and money. The head of a crime syndicate, he crashes the stock market and harms thousands of people so he can profit as the prices head up again. He runs crooked gambling dens and steals from the workers without a qualm, and is into counterfeiting and cocaine distributio

Mabuse also has formidable mental powers. Not only is he intelligent, but he's a master of disguise, can control people's thoughts, and has a bad of tricks second to none. He instills fierce loyalty among his minions, with his underlings willing to kill themselves rather than displease their master. No one could possibly capture or contain the near all-powerful Dr. Mabuse. 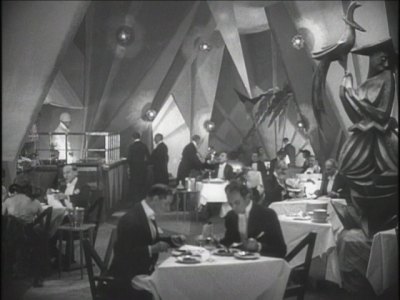 No one until State Attorney von Wenk (Bernhard Goetzke) gets on his trail. Trying to help the police rid the city of illegal gambling dens, von Wenk starts looking for the head of the organization that is controlling and feeding the all of the vice in the city. He enlists the help of millionaire Edgar Hull (Paul Richter), but when Mabuse learns that they are pursuing him, the situation gets desperate for the two honest men.

This is a great, great film that has never gotten the attention that it deserves. I think one of the main reasons for that is the length. Clocking in at four and a half hours it's not easy to find the time to sit down and watch the epic. (I viewed it over two days and that worked well.) In the days before home video it would have been much more difficult to screen, and that could account for the film's relative lack of fame. 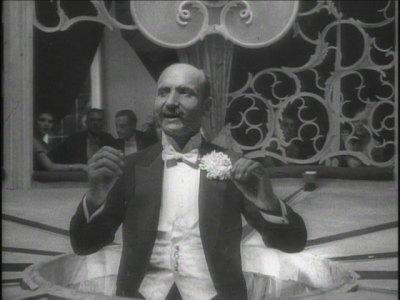 In any case, Lang crafted a remarkable movie that delves into the criminal mind, critiques to upper classes and even comments on how dangerous concentrated power can be. He uses many techniques that are commonplace today to paint the free wheeling society that Mabuse operates in, techniques that must have been impressive and unique 85 years ago. Lang plays with angles, lighting, and other variables to illustrate the mental state of people. From the insane to the hypnotized, Lang's camera lets the viewers know what its subject is experiencing without words.

As far as entertainment value goes, this is a film that is enjoyable to watch. The first part is the slower of the two though. After an exciting beginning, the pace settles a bit as viewers are treated to a series of scenes that show just how much power Mabuse has and some of the criminal activities that he's involved with. The momentum really picks up in the second half though, where Lang's vast imagination is let lose and he presents some tension filled scenes that keep viewers enthralled. The movie is strong throughout the second half leading up to a well constructed conclusion.

This character was so intriguing that Lang would make two more films concerning the evil Doctor; The Testament of Dr. Mabuse (1933, available from Criterion, review here) and The Thousand Eyes of Dr. Mabuse (1960 currently out of print.) 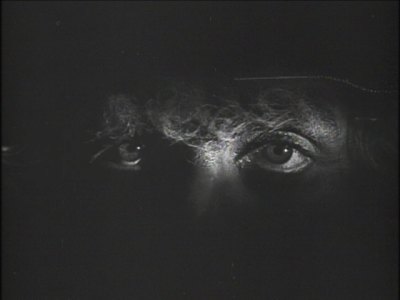 This movie runs 270 minutes (that's four and a half hours!) and is split into two parts, as it was originally shown. Each part is presented on a single sided DVD. This pair of discs comes in a double width, two-page keepcase. There is no insert. 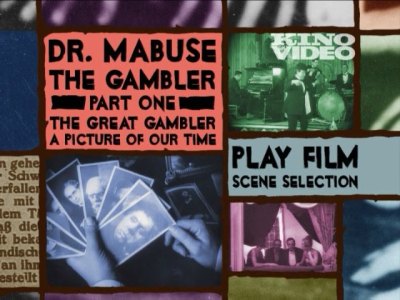 The soundtrack for this restoration was composed and played Aljoscha Zimmermann and his ensemble and fits the movie well. The music is scene specific, and Zimmerman creates several themes that reoccur at appropriate times throughout the film. Scoring a movie that is over four hours long must be daunting, but this composer did an admirable job. Since this was a recent recording there were no audio defects worth noting.

For this release, Kino the restoration conducted by the Friedrich-Wilhelm-Murnau-Stiftung in association with L'Immagine Ritrovata Bologna in the year 2000. For this restoration two camera negatives (one was for the German version of the film, the other for export) were used as well as censor notes and other written material to recreate, as closely as possible, Lang's original work. They did a magnificent job. The full frame black and white image is very good, with excellent contrast and a very good amount of detail. The black levels are a little light but this is a minor matter. The disc boasts a full range of grey shades and the image has a very nice texture. There are also a few specks and an occasional missing frame, but these defects are rare. A more problematic flaw is that there is some ghosting which I believe is due to the PAL-to-NTSC conversion. Not a terrible flaw, but one that should be mentioned.

This version does have English intertitles which may bother some purists but I can live with them. The English translations for signs and letters that appear in the film are burned in unfortunately. I wish they had made them optional.


Aside from the fact that this Kino release is significantly longer, how does the image quality of this version compare to the 2001 Image release of the film? After doing a side-by-side comparison it is easy to see that this Kino release looks significantly better. The Image release has much more grain, is significantly darker, and has a greater number of print defects than this Kino release. It is also windowboxed, which isn't nessisarily a bad thing, but the bars are much wider than they should be effectively shrinking the image.  While David Shepard did a good job his restoration that Image put out, there are many scenes were fine details are missing and some objects are slightly blurred. The Kino version is clearly the superior edition.

The main bonus feature is a nearly hour long featurette, The Story Behind Dr. Mabuse. It is broken into three segments that deal with the music composed for this edition, the literary origins of the characters, and an extensive look at the background of the film including what the conditions were like in Germany at the time. This last part included clips from an interview with Lang where he talks about this film. This is a worth while feature, but it is not as informative as the commentary by Mabuse expert David Kalat that appears on the Image version of this film. I'm keeping the earlier release just for that excellent commentary track.

The other extras are fairly minor: a stills gallery, some very brief film notes, and a biography of Fritz Lang.

This is one of Fritz Lang's best movies. He has really learned his craft by this stage in his career and creates a thrilling and visually interesting film that is still entertaining 85 years later. Unfortunately the excellent commentary by David Kalat that is on the Image version is missing from this one, but that's the only place where this version is inferior to the previous release. This new edition boasts a longer version that previously available on DVD as well as a cleaner picture. Dr. Mabuse the Gambler is a great film that deserves to be in every silent film library. Highly Recommended.