Lionsgate Home Entertainment // Unrated // June 13, 2006
List Price: $34.98 [Buy now and save at Amazon]
Review by Scott Lombardo | posted August 7, 2006 | E-mail the Author
Opening Thoughts: While I've just recently become a fan of The Dead Zone (thanks to the first three seasons being availible on DVD), it's easy for me to say that The Dead Zone is one of the most underrated shows currently on TV. I'm very interested to see what the producers had in store for Season 4 after everything that happened in the previous season. As I'm writing this review, Season 5 of The Dead Zone is currently in the middle of its run on USA Network. That means the show must have done well during Season 4, right? 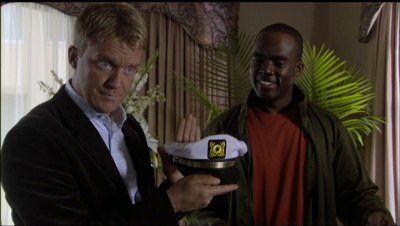 Movie: Season 3 of The Dead Zone left a lot of unanswered questions for Johnny Smith and company. Would Johnny have brain surgery, could he still be a suspect in Rebecca's murder, what role would Johnny Smith from the future play, who really killed Rachel Caldwell, what would happen to Reverend Purdy, would Rebecca kill Greg Stillson and will Johnny be able to avert the apocalypse. Phew... You'd think that would be a tall order to tackle in a mere 11 episodes. Surprisingly The Dead Zone manages to do just that in pretty much one episode.

The first episode (and most pivotal of the season), "Broken Circle" is essentially part 2 of Season 3's final episode, "The Tipping Point". Congressman Greg Stillson and Johnny's visions of the Apocalypse are at the center of the episode, but there's a lot more than just that. There's also the vision of Rebecca (Johnny's semi love interest) killing Greg Stillson, because she thinks he killed her sister. To complicate things even further, Johnny is once again a fugitive for being a suspect in the killing of Rachel Caldwell. By the end of this episode, which effectively sets up the rest of the season, many changes transpire. We find out who really killed Rachel, Johnny is no longer wanted by the law, Rebecca leaves possibly for good, Purdy is back more powerful than ever and Johnny throws away his cane thus severing all ties to his future self. 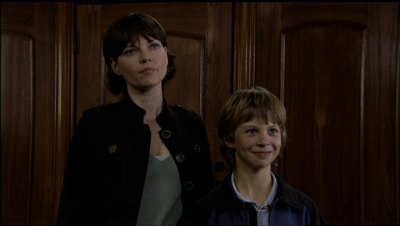 After the ramifications of the first episode, you can definitely see that the producers wanted to take the show in a slightly different direction. This apparently even included changing the theme song used from seasons 1-3. During the remaining 10 episodes of Season 4, 8 are completely stand alone, with little or any ties to pervious storylines. This was perhaps brought on by USA Network executives to make the show more accessible to new viewers. Unfortunately, this is a fairly common tactic used in television (see Alias Season 2 or Angel Season 5). While I initially found this somewhat discouraging, most of those 8 episodes hold up very well. Notable episodes include "Double Vision", "Babble On" and "Heroes & Demons". "Double Vision" was especially interesting as it introduced a female psychic, who ended up getting close to Johnny. Much to my dismay, she doesn't stick around as I thought she's make a great addition to the show.

The episodes "Vanguard" and "Saved" both tie in with the ongoing Stillson/Apocalypse storyline. "Vanguard" features guest star Danny Masterson playing one of Johnny's former students, Alex Conners. Alex develops a scientific breakthrough in synthetics which garners the attention of Congressmen Stillson. Johnny eventually becomes aware that his students research will be used for WMDs and tries to help him change the outcome. In the season finale "Saved", Stillson's girlfriend Miranda disappears from her boat (or so he thinks) and asks Johnny for help. Surprisingly in a new vision, these events reverse the Apocalypse caused by Stillson and Johnny attempts to him the cold shoulder. But inevitably, Johnny's big heart complicate things and he ends up getting involved more than he'd like. Even more unfortunate is by the end of the episode, his actions lead to several unwanted results. Lastly I'd like to mention the "A Very Dead Zone Christmas" special, which despite being a little sappy was excellent. I've heard this episode catch a lot of flak from people and that's fine. It must be tough to live their lives like a Grinch. 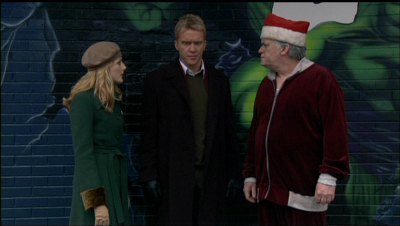 Anthony Michael Hall continues to dazzle in his portrayal of Johnny Smith. Just like his character has gone through many changes, Anthony Michael Hall is constantly evolving his acting. Although not used as much this season, Chris Bruno and John L. Adams always bring great performances when on screen. The same goes for Nicole de Boer, who only appears in about half this seasons episodes. This is partly due to the nature of the individual episodes, which result in rarely having several main characters besides Johnny on screen together. We also can't forget the rock solid guest stars Sean Patrick Flanery and David Ogden Stiers. Both actors provide immeasurable amounts of validity to their roles and really help hold the series together. One of The Dead Zone biggest assets is its production values. Having only 11 episodes a season and shooting in Canada certainly helps get a lot of bang for their buck. Most notably the visual effects improve every year and never get to the point where they seem to be over utilized. The sets and locations also seem to always look impressive, most likely rivaling shows with much bigger budgets.

The Dead Zone still remains strong in its 4 Season because it falls back on its strengths. I'm eager to catch up with Season 5 to see how the show has progressed. The word from producer Shawn Piller is that the show will probably get a 6th and 7th Season. Now that's the kind of news I like to hear. 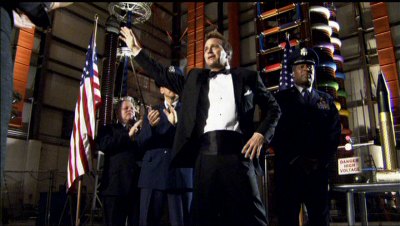 Below are summaries (from the DVD liner notes) of all 11 Season 4 episodes, plus the holiday special : 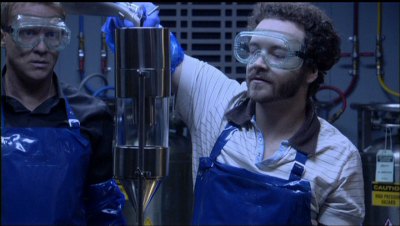 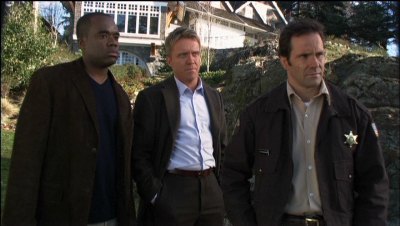 Despite all the changes in The Dead Zone universe, not much has actually changed in the show. While that's good and bad in some respects, the bottom line is that Season 4 of The Dead Zone delivers 12 quality episodes that look and sound amazing on DVD. Fans of the show will mostly likely want to pick this up, especially considering the low price point. If you're new to the The Dead Zone, I recommend at least picking up the first season on DVD. You'll get hooked just like I did.