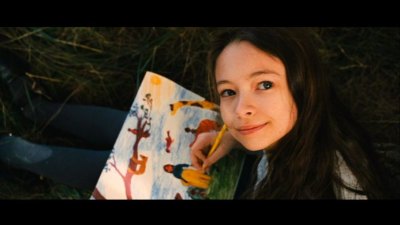 As a lifelong fanatic of both movies and video games, I feel I'm at least semi-qualified to judge what makes for a good "video game movie." For the sake of time and sanity, I'll spare you my opinions on why Doom, Tomb Raider, and the collected works of Uwe Boll, which most certainly do not qualify as good examples, but I do think the original Resident Evil pulled the trick off fairly well -- and that Chrisophe Gan's Silent Hill is probably the best game-to-flick adaptation I've seen yet.

The plot is simple, yet it comes with a whole bunch of creepy-cool layers: A young mother named Rose misplaces her young daughter right outside the allegedly dead town of Silent Hill, so off she goes to face the shadows and rescue her little girl.

To go into much more detail on Silent Hill would probably require you to play a few hours of the video games and/or flip through the numerous strategy guides devoted to the series. Suffice to say that Silent Hill is indeed one seriously fucked-up little slice of Hell, and woe is the breathing mortal who stumbles into its streets -- regardless of how noble their intentions.

Visually, this thing is an absolute feast, but this isn't the type of menu that'll please all comers. French filmmaker Christophe Gans (Brotherhood of the Wolf) creates one of the most forboding, unpleasant, and plain old icky locales you ever will see. And although Silent Hill may seem deserted at first glance, the forgotten burg is absolutely swollen with hellaciously unpleasant citizens -- all of which Rose must deal with before she can hope to retrieve young Sharon.

Between this flick and Neil Marhsall's The Descent, there seems to be a concerted effort out there to produce a few "female-centric" horror movies, and this is just another of Silent Hill's more refreshing conceits. As a matter of fact, the only male character of any importance could actually be snipped completely out of the movie, and it'd probably stand as an improvement. (That's not a knock on Sean Bean's performance; just that his character is all but entirely superfluous.) 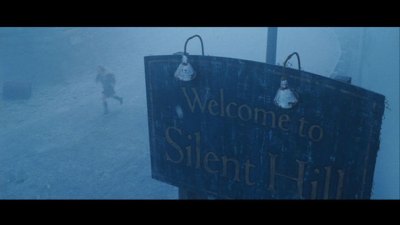 You could probably spend a few weeks writing about the psycho-sexual subtext, the ghoulishly gothic inspirations, and the biblical allegory found within Gans' adaptation -- but I choose to watch Silent Hill as a straightforward Haunted House story, and by those standards, it's a pretty damn good ride. If the movie feels just a little bit overstuffed at times (not to mention, at 125 minutes, just a mite overlong), I see that as an indication of a filmmaker working extra hard to please a ferociously vocal fanbase. For all its relatively minor flaws, Silent Hill is a horror film with actual aspirations of quality. Most studio-backed horror flicks don't even bother with such things.

Best of all, you needn't be fluent in Silent Hill's video game origins to settle in for a nasty good time -- although an encyclopedic knowledge of the game series certainly wouldn't hurt. Either way, Silent Hill is a movie more interested in mood, style, and atmosphere than it is in plot points and a traditional story structure. It's a simple little story about an elaborately hellish ghost town, and it's also this year's most underrated horror flick. 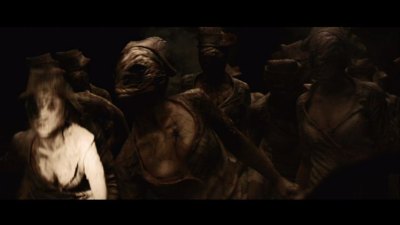 Video: Sony does right by this amazingly "visual" movie. The anamorphic widescreen (2.35:1) transfer is simply excellent.

Audio: Dolby Digital 5.1, which is also quite excellent, with optional subtitles in English. The deeper Rose digs into Silent Hill's creepiest chambers, the more the sound design becomes a character unto itself.

Unfortunately there's only one supplemental feature on the disc, but the good news is that it's a pretty solid one. Broken down into six chapters and running just under one hour in length is Path of Darkness: Making "Silent Hill", which offers on-set interview segments with all the main cast (Radha Mitchell, Sean Bean, Jodelle Ferland, etc.) & crew (Gans, Avary, etc.) members, as well as lots of fly-on-the-wall production footage. Special attention is paid to the film's source material, production design, and elaborately gruesome special effects, all of which is very cool indeed.

Silent Hill reminds me of Clive Barker's early, nasty work, and not many flicks can pull that sort of thing off -- and that includes most of the movies with Barker's own name on 'em.

If you're a horror freak, this one comes Highly Recommended. If you're not, don't even bother.