Image // Unrated // July 11, 2006
List Price: $89.99 [Buy now and save at Amazon]
Review by Scott Lombardo | posted September 2, 2006 | E-mail the Author
Opening Thoughts: The past 18 years has seen plenty of output from the Mobile Police Patlabor franchise. Over that period two OVA series were made, one TV series was produced and three feature length films were made. While I enjoy and appreciate a large portion of anime, I don't quite watch as much as I'd like. Out of the entire Patlabor series, I'd only seen Patlabor: The Movie before this review. Being a huge fan of Mamoru Oshii's (his film Avalon if one my favorite movies of the last 10 years), I was excited to see his second take on the Patlabor franchise. 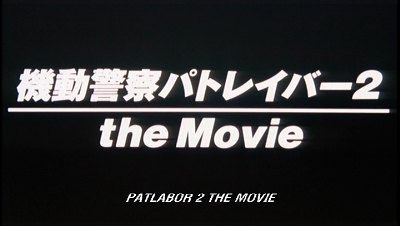 Movie: Patlabor 2: The Movie is based on a story arc from the first OVA series ("The SV2's Longest Day") and once again follows members of the Tokyo Metropolitan Police Special Vehicles Division 2, Section 2. Set three years after Patlabor: The Movie , Patlabor 2 begins in the year 1999 where a UN peacekeeping force complemented by Labors is destroyed after failing to receiver orders to fight back. The unit commander, Yukihito Tsuge survives the assault, only to go A.W.O.L. Back in present day 2002, Labors have been dispersed throughout Tokyo after the completion of the Babylon project (from Patlabor: The Movie). To compensate for the increasing number of Labor related crimes around the city, members of the SV2 division have been spread thin over Tokyo. Without warning during a normal winter day, a missile strikes one of the bay bridges and causes a large portion of it to collapse.

Still reeling from the attack, citizens of Tokyo are further enraged by a video which turns up of the incident. The home recording captures an F-16 near the bridge when the attack occurred, and immediately the JSDF (Japanese Self-Defense Forces) are singled out. Shortly after the bay bridge incident, SV2 commanders Gotoh and Nagumo are contacted by a JSDF intelligence officer named Arakawa. As he sheds light on the incident, Akakawa exposes not only a cover up, but also implicates former JSDF commander Tsuge in the attack. With the help of detective Matsui, Gotoh and Nagumo being the hunt for the most wanted man in Tokyo, commander Tsuge. Along the way, the two will have to survive Martial Law, secret coalitions, corrupt politicians and all out war in Tokyo. 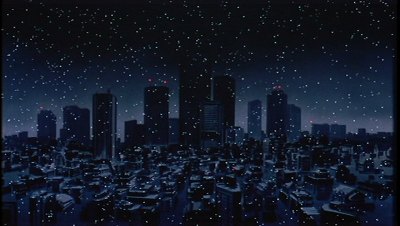 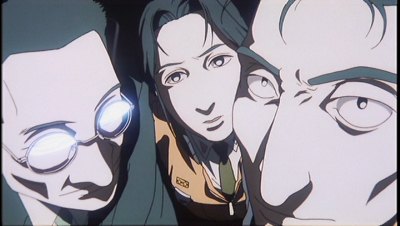 Like many of Oshii's other films, Patlabor 2 thrives on its well written, intricate story. Rather than using action scenes to propel the film, Oshii's masterfully crafted battle sequences are integral to the film's story. A common complaint from detractors of Patlabor 2 is that there isn't enough action in the film. While I certainly don't see it that way, I can understand why people would get that impression. Just looking at packaging for this DVD set, it's adorned with a shotgun wielding Labor and an attack helicopter. Those looking for anime with mindless, wall-to-wall combat and action should look elsewhere. More than anything, Patlabor 2 comes off as a military/political thriller. Many of the social issues that Mamoru Oshii brings up in the film are even more relevant today. The threat of terrorism, evolution of technology, abuse of military and foreign policy all play significant roles in Patlabor 2.

One of Patlabor 2's biggest strengths is its superb animation. Character designs look fantastic, while Labors and other military vehicles appear functional and realistic. CGI work, which is used minimally, looks good for its age and blends in with the traditional animation very well. The most impressive aspect of the film's animation is the photo realistic representation of Tokyo. Much like scouting shooting locations for a film, Mamoru Oshii and staff members would head out in Tokyo to find potential locations for the film. After having them photographed, Oshii and his production staff would reproduce the locations into animation. The end results of this process are highly detailed backdrops which add an immense feeling of realism to the film. 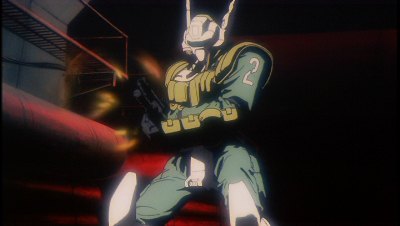 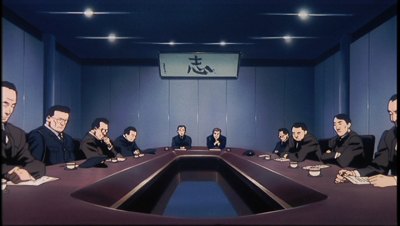 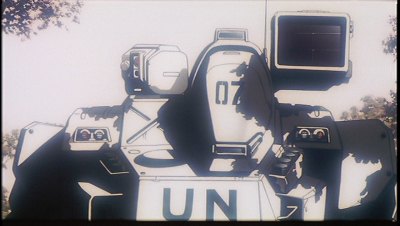 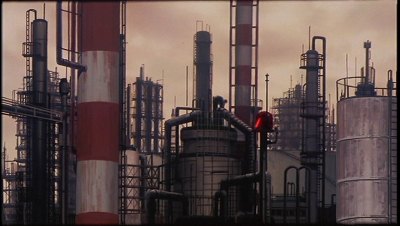 By far the best extra included in the LE release is the 144 page illustrated book "Patlabor 2 Movie Archives". Split into 3 chapters, this book contains insightful text on the film, character and design sketches, location photographs, promotional materials, character profiles, production logs, two interviews with Mamoru Oshii and much, much more. "Patlabor 2 Movie Archives" is truly a treasure trove packed full of goodies and any fan would truly enjoy having this in their collection. Also included is a 245 page "Storyboard Book", which features all of Mamoru Oshii's original storyboards from Patlabor 2. Laid out in columns, this book features the individual storyboards, shooting notes and the film's translated script.

The packaging for the Limited Edition 2-disc Collector's Set is very attractive, housing both books and the DVD case in a hard, reflective gold box. The DVDs are housed in a glossy, solid black case that looks like a book. The folding snap case looks very sharp and is adorned with the outline of a Labor's head. 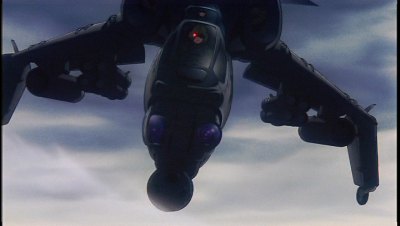 Patlabor 2 has aged well over the last 13 years and continues to be an important film in Japanese animation. Even more impressive is how the film's central themes relate more in today's world, than they did in 1993. Mamoru Oshii continues to evolve as a filmmaker and is constantly pushing boundaries in live action film and animation. Die hard anime and Patlabor fans will surely want to pick up this Limited Edition Collector's Set. For casual fans, I'd recommend the single disc version since it can be purchased for about a third of the LE set. Highly Recommended.