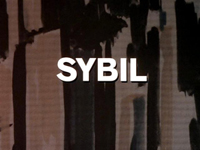 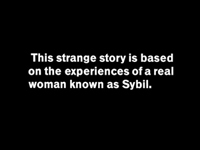 Despite what Tom Cruise might think, mental illness is not only an incredibly real and debilitating disease, but it's also incredibly common. Millions of people feel the effects of chemical imbalances, suppressed memories, and other assorted psychological disorders every single day, and many must take numerous medications simply to function on a daily basis. Fewer individuals, however, suffer from mental illness so great that they actually become someone else. Multiple Personality Disorder (now most often called Dissociate Identity Disorder) may not be quite as common as depression or anxiety, but its effects on the individuals stricken with the disorder make for some of the most interesting, and often horrifying, case studies in the history of behavioral medicine. Truth be told, I'm no Psychologist, nor to I claim to be even close to an expert in the field of psychological studies, but even doing the most minimal research in the field can shed light on some truly intriguing, and harrowing, personal stories. Easily one of the most frightening case studies - that of Multiple Personality Disorder sufferer Sybil Dorsett - provides the basis for the 1976 made-for-TV movie Sybil. 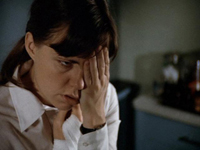 Based on the book of the same name, by Flora Rheta Schreiber, Sybil tells the horrifying story of Sybil Dorsett and her collection of at least thirteen different personalities. Formed as way of coping with the brutal physical and mental abuse Sybil endured (at the hands of her own mother) as a child, each personality not only has their own unique way of talking and acting, but also their own unique appearance (dress, makeup, etc). Living with the terrible disorder for most of her adult life, Sybil finally falls into the caring hands of Dr. Cornelia Wilbur and begins her road to recovery through a series of grueling psychological sessions which force Sybil to face her deepest, darkest fears.

A landmark film in many ways, Sybil isn't the melodramatic, sugarcoated snoozefest you'd probably expect from a made-for-TV movie. Debuting over two nights in 1976, the film not only digs deep into the psychosis of its subject - effectively exposing psychiatric techniques and opinions for all the world to see - but also drastically changed the way people would perceive the career of its star Sally Field. Known predominantly as a fun loving, comedic actress - mostly from her starring roles in two earlier television shows (Gidget and The Flying Nun) - Field didn't, at the time, exactly come across as an actress equipped to handle heavy, dramatic subject matter. It's her starring role in Sybil that turned Sally Field into a bona fide star and an actress that Hollywood could easily see as more than just another pretty face with some comedic timing. 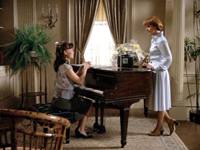 Even aside from the groundbreaking nature of Sybil, it's just a damn fine film, and an endlessly interesting one. I remember, as a youngster, watching the film with my mother on several occasions (albeit in the truncated and often edited versions shown on TV throughout the years since its debut) and being completely enthralled every single time. Whether its watching Sybil seamlessly transition into her separate personalities, or watching the heinous torture her mother bestowed on her as a child, I was glued to the set. Running just over three hours long in its uncut form (which is, thankfully, the cut we get on this disc), Sybil crams just about as much misery, personal angst, and psychological torture as a normal human being can handle into its entirety. Not to mention some incredibly strong performances from Field, Joanne Woodward as Dr. Wilbur, and Brad Davis as Sybil's unlikely love interest. Director Daniel Petrie does manage to slip into the melodramatic at times and he sometimes seems to delight in the endless torture by Sybil's mother. I guess it does make for entertaining TV, right?

When you strip Sybil down to the bare bones, it's really a film about perseverance and the triumph a strong will over nearly impossible odds. Sybil endured more as a child than most people have to endure throughout their entire life. When she first finds the helping hands of Dr. Wilbur, the evidence of such a traumatic childhood is all over Sybil and the journey to recovery is not a swift and simple one. Sybil rightly takes its time developing the character and her multiple personalities, and then gradually giving her the strength to finally overcome the years and years of living as a collection of nearly fifteen different people. If the made-for-TV movie format has only one advantage of the theatrical format, it's that of time and the ability to tell a very long, detailed story over the course of several days. Sybil takes full advantage of the extra time, treats its subjects with care and respect, and ultimately breaks ground not only for its Emmy®-winning star but also for the quality of TV movies in general. If that's not worth three hours of your time, I'm not sure what is.

Sybil is presented in its original 1.33:1 full frame transfer, and the results are excellent. For a film that's already thirty-years-old, this is a spectacular visual presentation. Flesh tones are spot-on, color is rich and true (though it does, admittedly, have that beautiful '70s faded softness to it), and black levels are deep. Grain is visible throughout most of the film but it's never distractingly so, and there's nary a nick, scratch, or spot to be found on the print. Digital artifacts are nonexistent, save for the very slightest hint of edge enhancement, and shadows and detail are well delineated. Having its own disc has certainly been very kind to this transfer as it's, overall, a fantastic visual presentation of a film that probably didn't exactly have the greatest source material to work with.

Sound:
The audio on this disc is presented in a Dolby Digital 2.0 format that gets the job done without really provide anything extraordinary. Dialogue is clearly the focus here, and it's presented in fine form. Speech is clear, crisp, and distinct throughout the entirety of the film. Spatial separation is limited, as are any sounds effects, but levels are consistent and overall fidelity is just fine. Don't expect anything too dynamic out of this soundtrack and you should be perfectly happy with its performance.

Extras:
For being touted as the "30th Anniversary 2-Disc Special Edition" of Sybil, there are really only three substantial extra features included in this set. 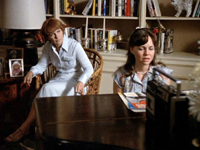 The first, and easily the most interesting, feature is a nearly hour-long retrospective documentary called "Examining Sybil," which can be viewed in three separate parts (production, casting, and adaptation) or as one long feature. It is, for the most part, your typical retrospective. Through the use of interviews, remembrances, and clips from the film, the documentary pieces together the creation of Sybil and provides some insight into the film's many nuances. The most interesting moments come from interviews with screenwriter Stewart Stern and Sally Field herself, as they delve into the real work behind crafting such a delicate and tortured character. This might not be the exhaustive look at Sybil some may have been hoping for, but it is definitely a welcome addition to the DVD.

Also included on this disc is short featurette (that could easily be seen as false advertising) called "Sybil Therapy Session" which, unfortunately, does not show even one moment of real footage from one of Sybil's therapy sessions. Instead, we get about three-minutes worth of Stewart Stern discussing how he used audio tapes from Sybil's sessions to help create his script. Lame. The tapes are obviously out there somewhere, and it would have been phenomenal to see Warner Bros. provide some of those moments here. This is an insightful little featurette, but a huge disappointment from the promise of its title.

Finally, we have an approximately fifteen-minute featurette called "The Paintings of Sybil," which is essentially a stills gallery of paintings by the real Sybil mixed with some video and narration by a gallery owner and one of her former art students. It's an interesting feature and one that provides some true insight into the mind of this fascinating, and clearly gifted, individual. 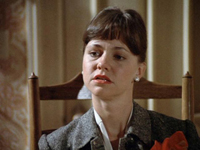 Psychological disorders are often some of the hardest to overcome. Physical ailments often show tell-tale signs of trouble and can usually be remedied with medication, surgery, or a doctor's care. Mental illness, however, manifests itself in the brain. It's the shadow lurking behind its sufferers at all times. They know its there, in their head, but setting it right is incredibly difficult. For someone as deeply disturbed as Sybil, only time, perseverance, and the care of someone like Dr. Wilbur can help bring about recovery. Groundbreaking in many ways, Sybil showed the television audience in 1976 that Multiple Personality Disorder is a devastating illness with real consequences. It also helped show the world what Sally Field is capable of as an actress. Sybil a powerful film that deserves to be seen (especially in its uncut form on this DVD), and one that still resonates with audiences thirty years after its premiere.

Fans of Sybil have been waiting a long time for its arrival on DVD, and Warner Bros. has done the film right with this release in nearly every respect. The heartbreaking and painful tale of Sybil Dorsett is presented beautifully on this disc and the addition of a few nice bonus features only helps to add insight and clarity to a film that really plumbs the depths of the troubled mind. This is a highly recommended addition to any DVD collection.