With Jackie Chan and Jet Li winding down their martial arts careers, Tony Jaa is quickly moving up in the world as the premier Marital Artist in cinema. With Jaa's film The Protector (a.k.a. Tom-Yum-Goong) just reaching the shores of the US, fans are clamoring to see more of his work. Unfortunately one should never judge a DVD by its cover, as Spirited Killer is not what it appears to be. 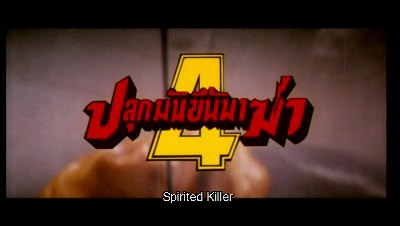 Set in a remote area of Thailand, Spirited Killer starts out with a Voodoo Doctor brewing a magical potion, which several waiting villagers believe will grant them immortality. It turns out the Doctor's definition of immortality is death and after several of the villagers die, the rest flee. With superhuman like powers, the Voodoo Doctor manages to chase down the escaped villagers except one, who manages to make it back to the village. When the village Chief finds out what transpired, he gathers a posse to hunt down the twisted Doctor. Outnumbered by the group of villagers, the doctor is severely beaten and ends up plunging 40 feet into a river below.

Five years later near the same village, a group of people traveling runs into a lone man (Panna Rittikrai) who won't move out of their way. He proceeds to viciously attack the travelers without saying a single word, dispatching them with very little effort. After several more skirmishes, the locals no longer think the attacker is a thief, but some kind of unstoppable Zombie. Around the same time, a group of Japanese students wanting to study relics from the local village arrive and volunteer to help stop the Zombie. A team of Chinese profiteers also show up at the village looking for precious metals. United together, the three groups join forces to attempt to stop the evil Zombie for good. But, all is not what it really seems and they find themselves in the fight of their lives… 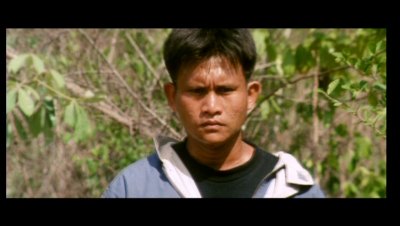 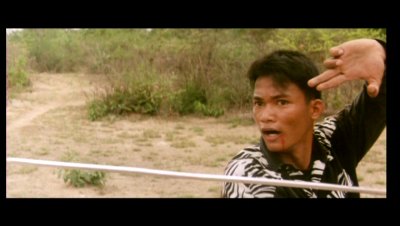 Notice I didn't mention Tony Jaa's name once in the previous two paragraphs? Well that's because he's in the film for a WHOPPING 10 MINUTES. That's it folks. His image is plastered all over the DVD packaging and for what it's worth, he might as well be an unknown crewman beaming down on an away mission in Star Trek. Well, maybe not that extreme. After all his fight with Panna Rittikrai is arguably the best sequence in the film. And during those short 10 minutes, you can clearly see why Tony Jaa has become one of the top Martial Artists on the planet.

Made in 1994, Spirited Killer was made on a very small budget and unfortunately it shows. What the film lacks in technical and production values, it makes up for it with decent action and realistic fight choreography. The film features quite a bit of swordplay and several different fighting styles (due to the Chinese/Japanese characters). However, don't expect the same level of martial arts displayed in recent Thai films. Tony Jaa's mentor Panna Rittikrai's clearly carries Spirited Killer, and it's a shame that during Panna prime he didn't have the resources available that he does now. It's wonderful that after making over 50 low budget B-movies in Thailand, he is finally getting the recognition he deserves. Who knows, maybe even one day Panna Rittikrai might get his face on a US DVD release of a film he's starred in. 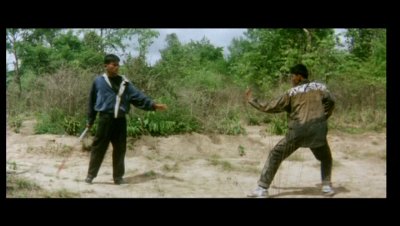 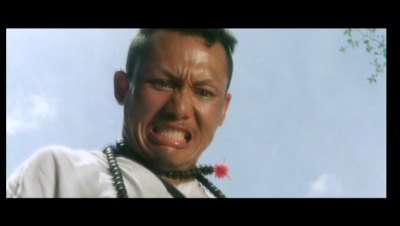 By far the best extra on this DVD is "Tony Takes Manhattan!" Shot in the back of a movie theater on a handheld DV cam, this 18 minute video features Tony Jaa demonstration his amazing martial arts skills and also being interviewed. The highlight from the event is when Tony jumps up and kicks a bag of popcorn which is about 10 feet of the ground. Also present at the event were Wu-Tang Clan members The Rza and Method Man. Next up is a 13 minute featurette entitled "Tony Jaa: Thailand's Favorite Son," which is footage of Tony Jaa being the guest of honor at some sort of ceremony/festival in Thailand. "Muai Thai Boran" features 12 minutes of footage of the original Thai martial art being practiced. Just like the previous extra, there is no dialogue or subititles. To wrap up this disc of extras is a five minute featurette, "America's Stunt Men in Thailand: On the set with Tony Jaa". This extra features David Asavanond interviewing two stunt men who worked on Tony Jaa on Tom-Yum-Goong. 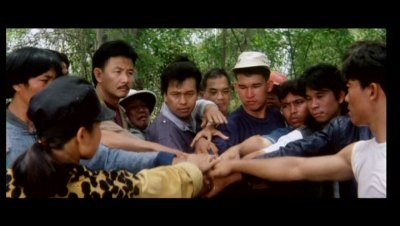 This DVD release is simply a blatant attempt by BCI to capitalize on the newly found international success of Tony Jaa. Spirited Killer is as much of a Tony Jaa film as True Romance is a Brad Pitt film. Hardcore fans of Martial Arts films might want to check this out to see Panna Rittikrai in action, but those soley interested in Tony Jaa should look elsewhere.