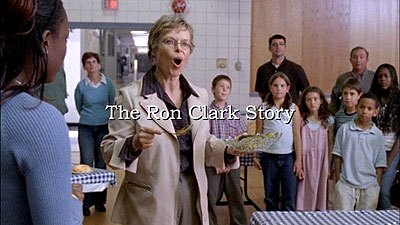 
The Movie
A strict, motivational teacher takes on bad students in a underprivileged area, and helps turns things around by earning the students' trust, despite his unconventional ways. It's been done on film a number of times, and often it's been done well, resulting in films like Stand and Deliver and Lean on Me. Audiences seem to love to see underdog kids tap their potential under the guidance of a scrappy, optimistic teacher who truly believes in his charges, and The Ron Clark Story is another visit to this prolific well.

If you weren't told the film is based on a true story, you'd think it was the work of a Board of Education propaganda factory with rose-tinted windows, as its story is pretty Pollyanna-ish, following idealistic teacher Ron Clark as he takes his classroom turnaround act from North Carolina to the urban jungle of Harlem, New York, tackling the task of teaching the school's worst students.

Facing pressure from the school principal (Ghostbusters' Ernie Hudson), a lack of cooperation from his students' parents, a severe lack of motivation in his kids and a case of unrequited interest in his troubled co-worker, Clark has to raise his students' standardized test grades, which he attempts to do with unorthodox methods and a list of rules to help civilize the children. 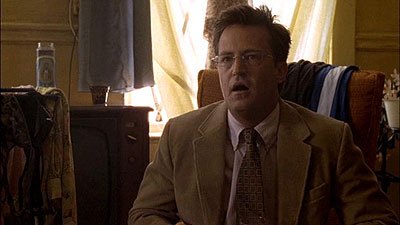 As with all films of this type, a good portion of the film is devoted to the kids in the class, which requires watching them in the classroom and exploring their challenges in life. Clark's students offer a good variety of types and backstories, from Tayshawn's street thug persona to Badriyah's repressed thirst for learning to Shameika's troubles at home, all of whom combine to create an interesting box of toys for the film to play with. The actors playing the kids give them a realism and likability that's key if the audience is to invest any interest in them.

As Ron Clark, Perry proves to be every bit the nice-guy chameleon, showing none of the sarcastic yuppie charm of Chandler Bing or the neurotic mania of Matt Albie, his "Studio 60" character. Instead, he's a somewhat naive do-gooder with determination and a lack of shame. Certainly, there are cringe-inducing moments, like the shockingly '80s-worthy "Presidents Rap," but for the most part, he plays the part with idealism and realism, giving the film the core it needs to work.

Impressively, the film doesn't stick to easy two-shots and standard set-ups, and the result is higher production values that mark the film as something bigger than a basic cable movie. The same can't be said for the writing, though, which follows a very obvious route, to the point where your reviewer was quoting dialogue before it was spoken, and waiting for plot points to arrive instead of watching them unfold. It may be a function of the formulaic plot, but there are few surprises to be found, outside of one disturbing sequence that was mildly shocking, mainly because of how far it goes. It's a small rough patch in an otherwise smooth, stable and endearing ride. 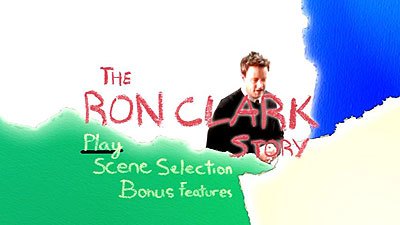 The DVD
Packed in a standard keepcase, this one-disc release features an animated anamorphic widescreen main menu with options to watch the film, select scenes and check out the special features. There are no audio options and no subtitles, though there is closed captioning.

The Quality
The anamorphic widescreen transfer on this DVD is very nice, with solid color, despite the rather glum settings. The image is uniformly sharp, with a good level of detail, and not a spot of obvious dirt or damage.

The sound is presented as a Dolby Digital 2.0 track, with a mix that does a good job of keeping the dialogue and sound effects separate. There's nothing dynamic about the sound, but it's clear of distortion and is pretty strong for a TV movie.

The Extras
As it should be for a movie based on a true story, the extras focus on the reality behind the film. Once you get past the somewhat fluffy making-of featurette, which includes interviews with the cast, filmmakers and Ron Clark himself, you get into Clark's world.

An interview with Clark reveals him to be nearly hyperactive, and incredibly enthusiastic about teaching and his soon-to-open Ron Clark Academy in Atlanta. Perry's performance didn't capture the true spirit of the man, but if he had, it might have been unbearable.

"Welcome to the Ron Clark Academy" discusses what his school will be, and his plans and philosophy for the future. It's partially a request for funding and support, but it's hard to blame him for asking for help to assist his kids. A construction tour follows, going into the details of the school.

The final featurette briefly documents a trip to South Africa by Clark and his class. The students reactions to the trip, from both sides, make it an interesting piece and one that proves that the film's story is certainly true. There are also clips of Clark's acceptance speeches for his Disney teaching awards, which add a bit of context to his success. 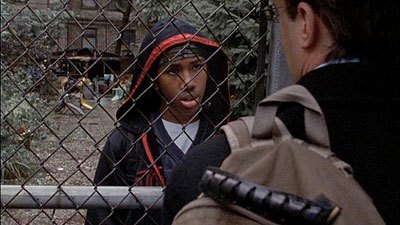 The Bottom Line
If there's a part of this film you can't predict three scenes before it happens, you need to go to remedial film school and rent a few of the teaching-underdogs classics. Despite treading familiar territory and presenting some hokey moments, The Ron Clark Story is a solid entry in the "against all odds" genre, and even has a few moments to tug at the heart strings of even the most cynical viewers. The DVD presentation is very good, with a handful of extras about the true story that somehow managed to be more schmaltzy than the fictional version. Fans of flicks like Stand and Deliver, looking for a film safe for the family, could do worse than giving this movie a spin.