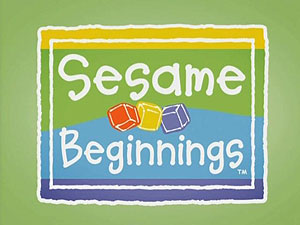 
The Show
Kids DVDs can generally be divided into two types: those you watch and those you use. The "watch" group has its value, as sometimes it doesn't hurt to sit your little one down to zone out with the adventures of "The Wonder Pets." But it's better when the disc works as a guide for you to enjoy with your youngin'. "Sesame Beginnings: Exploring Together" is definitely in that category, as it uses kids' "Sesame Street" pals as an in to talk about the five senses.

The Sesame Kids, much like the Muppet Babies before them, are infant versions of the well-known characters, including Cookie Monster, Elmo, Big Bird and Prairie Dawn (who is entirely unknown to me.) Each kid has a guardian, who talks about a sense and sings a related song. Now, since there's four kids and five senses, one sense gets a bit slighted, and it's the sense of touch, which gets a group treatment. 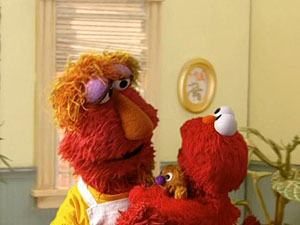 Mixed in with the puppets is footage of real kids and adults playing with senses, with Matt Lauer and his daughter Romy reading a book about senses, acting as "hosts" for the show. These segments work well as both guides for playing this way and models that children can mirror in exploring senses on their own. Together, with the puppet segments, they make up an entertaining 40 minutes for kids that won't wear too much on the grown-ups who are watching.

In a field test with my own eight-month-old, the disc was a success, particularly during the catchy songs and scenes with the brightly-colored Prairie Dawn, the most human-looking character. For myself, the Elmo scenes, which focused on smell, were the most memorable, since his dad's a goateed, bowling shirt-wearing monster with a distinct and familiar vocal pattern that's unique among the show's voices. The production values are also impressive, as the show looks great, with adorable puppets, well-crafted sets and props and some good CGI and editing to pull it all together.

The DVD
The screener we received arrived in a white standard-width keepcase with no insert. The disc, though looking like any other DVD, was actually a burned disc with a generic menu, so I can't give you specifics on the options or menus. There were no subtitles or audio options, and though Closed Captioning tracks are apparently present, they didn't work. The case indicates a "Spanish language" track, but that's not here either. 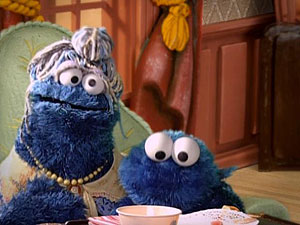 The Quality
The full-frame video is very nice, with quality color, a crisp image and no dirt or damage. There's nothing that will bother you about these visuals.

The audio is surprisingly presented as a PCM 2.0 track that's clear and distortion-free. There's nothing dynamic going on in this show, so you shouldn't expect a system-challenging presentation.

The Extras
The case lists a couple of extras, but there was just one included, an 8:20 block of teaching tips for helping children explore with their sense. A useful extra, to be sure.

The Bottom Line
This DVD is a good way to introduce the concept of the five senses to infants and toddlers, as it clearly explains what each sense means, through dialogue and song, while providing opportunities for parents to be involved in the learning process. The DVD looks and sounds very good, and the extras, though slim, complement the main feature well. This disc will make a good addition to any infant's DVD collection, and a fine part of Sesame Street's offerings. 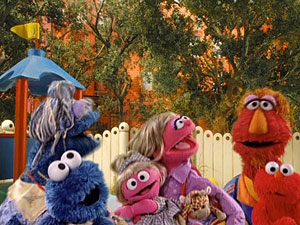