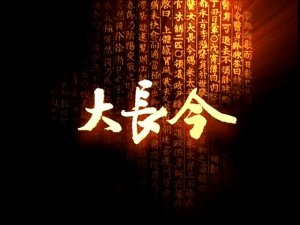 The South Korean television series Dae Jang Geum, which is also known as The Great Jang Geum and Jewel In The Palace, is a historical Korean drama (K-drama) based on the real life events of a historical figure from the Annals of the Joseon Dynasty. This figure was the first woman in Korean history to become the King's personal physician. Set in the 16th century, Dae Jang Geum follows the trials of Suh Jang-Geum, a sweet and brilliant woman who strives to restore her family's honor. This series has been released on DVD in the United States in three volumes, which each have eighteen episodes (there are a total of fifty-four episodes). This review covers the second volume. For additional information, refer to DVD Talk's reviews of volume 1, volume 2, and volume 3.

The first volume ended with Ladies Choi and Han competing for the position of the Highest Lady of the Royal Kitchen. A new successor needed to be picked because the presiding Highest Lady's health was diminishing. Both Lady Choi and Keum-Young had manipulated the situation to push her out the door sooner. The royal family decided the best way to choose the successor was to have a cooking contest between the two brightest candidates. Lady Choi and Keum-Young faced off with Lady Han and Jang-Geum. The first volume ended with the Choi family doing something really devious to win, which was kidnapping Lady Han and preventing her from competing in the contest. Despite, Jang-Geum was still able to compete in her stead and win.

After the cooking contest, Lady Han was declared the winner and made the Highest Lady of the Royal Kitchen. Despite the win, drama ensued with Lady Choi behind it all. She convinced the other ladies in the court to ignore Lady Han's command. The idea that a person of her low birth stature (she was born into a poor family) could be in charge was unacceptable. Also, the circumstances surrounding the victory did not necessarily speak to Han's cooking style. So, it was something Lady Han and Jang-Geum had to deal with to restore order in the kitchen. 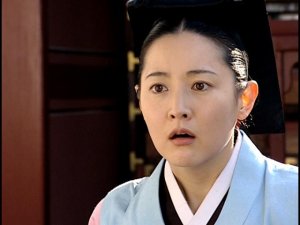 Once the drama surrounding the new highest lady was over, Lady Choi and Keum-Young did not stop their plotting. Young-Ro, a girl who has always been jealous of Jang-Deum, joins the Choi family to frame Lady Han and Jang-Deum. The villains convinced everyone in the palace that they tried to poison a member of the royal family by giving them bad food. The cunning manipulation behind the plot makes the drama quite enticing, especially when Jeung-Ho is caught in the middle trying to save Jang-Geum from a death sentence! His efforts are not wasted, as he saves their lives. Instead of execution, the girls are demoted to maidservants and banished to Jeju Island.

While at Jeju Island, Jang-Geum has a hard to getting accustomed to her new way of life. Banished from the palace, she sees no possible way to make her mother's last wish come true. However, she meets a female doctor and learns there is still a way to return to the palace. Jang-Geum can become a royal physician. Once she has this realization, she comes back to life and starts training and studying to be the best doctor possible. At this time, sparks start to fly between her and Jeung-Ho. They even hold hands!

Following Jang-Geum's time in Jeju Island, she is accepted into the training program to become a physician. It is hard work and the challenges she faces are very similar to those that she faced as a kid. She has obstacles, which includes a teacher who does not want her to be a physician and classmates who do not like her. Despite, she still continues and works hard to become a physician and have a second chance at making her mother's dying wish come true. It gets interesting when her paths cross again with the Choi family and the new balance of power in the palace.

Overall, this second volume was not nearly as strong as the first volume. The initial portions of the storyline were without words; it was a tremendous experience with lots of plot twists and two-faced characters. In this second volume, the same elements that made it good were still there. However, the high pace drama that the first volume had was not as intense. The problem is that between the intense dramatic portions, the tempo slowed down a lot. There were some great parts such as the downfall of Lady Han and Jang-Geum and some intense drama in Jeju Island when the Japanese made an appearance. But the filler moved it too slow. In the end, it was still a great watch and Jang-Geum's adventures should not be missed! 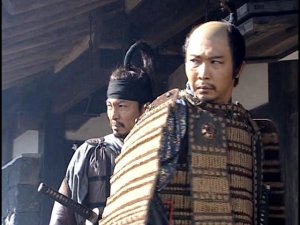 Final Thoughts:
Dae Jang Geum is a Korean television drama that has been released in the United States in three volumes. The mini-series has a total of fifty-four episodes. This review covered the second volume, which details the fall of Jang-Geum in the royal kitchen and how she was able to get a second chance at realizing her dream. The drama features high quality writing and great performances from the lead and supporting characters. Of all the K-dramas I have seen, this one was the most powerful and engrossing. Those who enjoy enveloping and powerful dramas, with complex characters and plot twists will appreciate this awe-inspiring drama. While the second volume is not as intense as the first volume, it will still make a great watch.