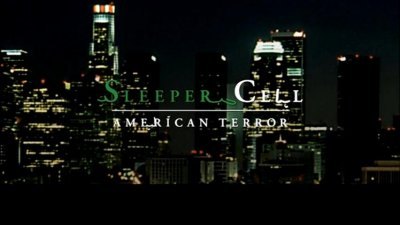 Sleeper Cell: American Terror is the second season of the Showtime original series Sleeper Cell. "American Terror" takes viewers back into the dark world of terrorism. FBI Agent Dawryn Al-Hakim starts a new deep undercover assignment as the leader of a terrorist cell preparing an attack on the city of Los Angeles. The FBI hopes Dawryn will be able to get higher fish in the Al-Queda food chain. Like the first season, "American Terror" continues to offer intense drama, suspense, and action that will you sitting on the edge of your seat wanting more. It is darker and more dramatic, but very well executed.

In the close of the show's first season, the FBI had foiled Faris Al-Farik's attempt to unleash a terrorist attack at Los Angeles sports stadium. The clash ended with Farik in FBI custody and all of the terrorists, except for Ilija, dead. This second season picks up after the event. Farik is in custody under interrogation by some of the United States' best people. Ilija is alive and in hiding with a woman who shares his feelings towards the U.S. government. Darwyn is settling down with Gayle. He has been offered a job at the FBI academy in Quantico, VA. They are planning to go there and live a quiet life.

However, Darwyn soon finds out he is unable to go through with his plans. His handler Patrice Serxner approaches him for one more undercover assignment. A former inmate was just released from prison and he is suspected of being in a sleeper cell. Serxner convinces Darwyn to just check him out. He does, and soon finds himself in the middle of another sleeper cell, and leading it. His new crew consists of Salim (Omid Abtahi), a British Muslim who hates Americans with a passion and has a dark secret, Benny (Kevin Alejandro), a Latino gangbanger who found salvation in Allah, and Mina (Thekla Reuten), a Dutch woman who converted to Islam three years prior and took the cause as her own after her husband was killed by U.S. soldiers.

The story continues to unfold with Darwyn deep undercover, facing old and new problems. Gayle, who was a slight hindrance to his cover in season one, continues to be an issue. However, this time she actually knows about his job. The problem is that one of the new terrorists, Mina, finds out about Darwyn and Gayle. She takes an interest in their relationship. Throughout the episodes, the Darwyn-Gayle relationship is a source of drama and suspense, as she becomes a key player in the FBI's plot to catch the bad guys. 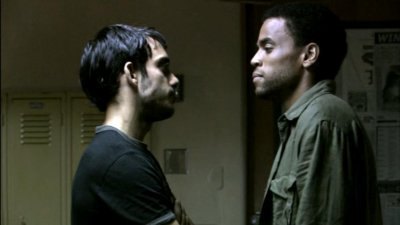 Darwyn also faces problems with his new handler. He is assigned FBI Agent Warren Russell (Jay Ferguson), who is a very young agent. He is very an inexperienced and should not be running Darwyn's case. He was assigned to the job because of his blood ties. The result of his inexperience leads to innocent people getting killed. Responding to it, Darwyn is forced to take control of the situation and go rogue to save lives.

Farik and Ilija also have major roles in the story. In the early episodes, Farik is in custody and not responding to legal interrogation tactics. He is extradited to Saudi Arabia to undergo more extreme interrogation tactics that would not be permitted on U.S. soil. There his fellow extremists break him free and Farik rejoins the cause. Ilija spends the early episodes in hiding and plots to escape to foreign soil. He goes to Canada and undergoes a traumatic event with a girl he cares about, and later tries to resort to a more normal life. Of course, he finds that he cannot.

The various aspects that make this season just as strong as the first include the great storyline and how well it unweaves with drama, mystery, and suspense, the character development and the drama that each character goes through, and tremendous acting performances from the lead and supporting actors/actresses. For instance, the individual storylines about Darwyn, Farik, and Ilija that build into the big picture was done very well. The development each character went through made them feel like real characters. Furthermore, the big picture was only got better when the three got back together in the season finale.

Overall, Sleeper Cell: American Terror is a fine collection of episodes. I was instantly hooked and really liked the direction that this season took. It was much darker and dramatic than the first season, which I think was the right direction to take with it. In the end, the amount of drama, mystery, and suspense in this season felt like a finely tuned machine. It worked well and without flaw. Fans of the first season and suspense/action dramas like 24 will definitely enjoy this show. 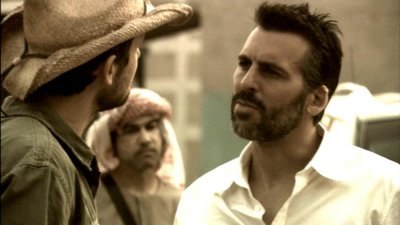 1. Al-Baqara: About to start a new life with Gayle and Marcus, Darwyn finds himself sucked back into another LA-based Sleeper Cell.
2. Salesman: Darwyn struggles not only with his new position as leader of the cell but also with his new FBI Case Agent - Warren Russell - whose lack of field experience may make him more of a hindrance than a help.
3. Torture: Darwyn discovers that his new cell's attack operation will involve nuclear material.
4. Faith: In Najran, Saudi Arabia, the newly-freed Farik uses all his resources to further the nuclear plot against Los Angeles.
5. Home: Believing the nuclear material is about to arrive at the Port of L.A., Darwyn alerts the FBI to prep for picking up the nuke and taking down the cell.
6. School: Darwyn struggles with having to work for a new boss - the new cell leader, who cuts Darwyn out of the loop of planning the cell's upcoming attack.
7. Fitna: As the 4th of July dawns, the cell prepares to launch two coordinated dirty bomb attacks on the city of L.A., while Darwyn and the FBI move to shut them down - but despite law enforcement's best efforts, the victory over terrorism is far from complete.
8. Reunion: Blaming himself for Gayle's death and Mina's successful suicide bomb attack, Darwyn embarks on a suicide mission of his own, heading to Yemen to seek out Farik one last time. 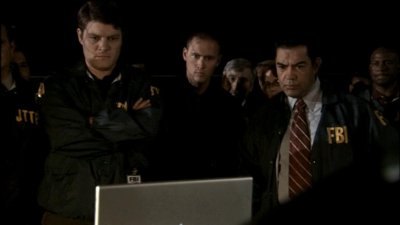 
Video:
The video in this release is given in an anamorphic 1.78:1 ratio widescreen color format. The picture quality is quite good. It suffers from a slight grain, but detail remains to be sharp and clear. However, there are moments when the picture suffers compression artifacts and hints of edge enhancement. This is most noticeable during the darker scenes. Overall it is a great looking picture.

Audio:
The audio track in this release is in 5.1 Dolby digital surround and 2.0 Dolby digital stereo. The 5.1 track comes in English, while the stereo track is in English and Spanish. For the best experience, you will want to use the 5.1 track. It is much more dynamic than the stereo track and makes good use of the surround sound capability. In general, the sound quality is very good and it provides an audible and clean track. The dialogue is usually a little flat while music and sound effects come off rich and vibrant.

This release has no support for subtitles, but it is closed captioned enabled. 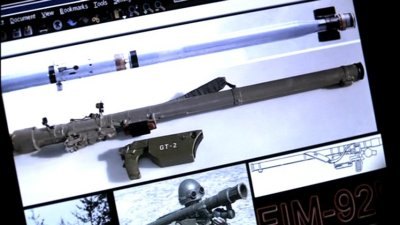 Final Thoughts:
Sleeper Cell: American Terror continues the trials of undercover FBI agent Darwyn Al-Hakim as he infiltrates an Al Queda sleeper cell plotting a nuclear attack against Los Angles. This season has a gripping, engaging, and entertaining storyline with great acting performances, superb writing, an awesome plotline, and well-developed characters. It is darker than the first season and plays out very well. It is a great season and should not be missed.