An aging bus driver becomes obsessed with a newly-developed Phillips television and takes hostage the head of security at a large office building in downtown Amsterdam. He demands a meeting with the CEO of Sound & Vision but is told that the Dutch giant has moved in the building next door.

Charismatic Belgian actor Jan Decleir (The Memory of a Killer) delivers yet another top-notch performance in Pieter Kuijpers' thriller Off Screen (2005) where he plays a mentally-challenged man with an agenda. Inspired by true events pic relies on fractured storytelling with plenty of twists some may find overly complicated.

Partial similarities with Christopher Nolan's Memento (2000) place pic in a familiar genre where certain clichés are unavoidable. Decleir's unreadable face however transforms pic into a fascinating puzzle where reality and fiction are interconnected.

Pic's insistence on facts whose integrity is questionable should spur an abundance of theories as to how deep the rabbit hole goes - was the widescreen TV Decleir's character is obsessed with a reality?

Pacing is consistent allowing Kuijpers to sum up his story in a convincing fashion. Answers to certain questions however aren't given prompting the viewer to ponder pic's ending. 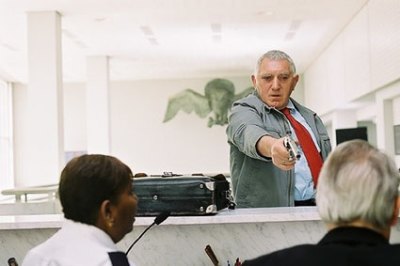 The only disappointing piece in this memorable cinematic puzzle is the lackluster contribution from the supporting cast. Decleir's protagonist is left alone with his memories and the dramatic collision pic suggests never occurs. 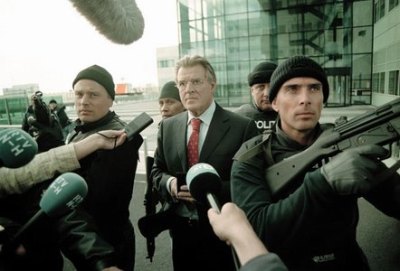 Presented in its original aspect ratio of 1.85:1 and enhanced for widescreen TVs Image's treatment of this recent Dutch production is expected: an interlaced transfer with mild "ghosting". Colors and contrast appear rather well sustained but edge enhancement is noticeable (a very obvious example would be the first scene where the bus driver enters the skyscraper). Print damage is nowhere to be seen and overall the print used for this R1 disc appears in very healthy condition. Still, it is rather unfortunate that Image did not make the effort to source their disc properly.

How does the DVD Sound?

The film is presented with Dutch 2.0 and Dutch 5.1 tracks. The DTS present on the Dutch edition has not been ported for this release. Sound treatment is very good and especially during the Matrix-inspired scenes (they occur during the driver's memory flashbacks) the surround effects are very strong. I did not detect any sound distortion(s) or/and notable audio drop-off(s). The disc arrives with optional English subtitles.

Even though the Dutch disc offers a sizeable amount of supplemental materials none have made their way to the R1 disc. The R2 disc offers a director's commentary, a massive making-of, plenty of deleted scenes, and an alternate ending among others. None of those are here! Image have only provided the original theatrical trailer.

An excellent Dutch thriller with yet another outstanding performance by aging Jan Decleir Off Screen is both entertaining and thought-provoking. The R1 DVD by Image is barebones and interlaced but with a fairly-steady looking print. I am going to recommend this disc based solely on Jan Decleir's exceptional performance. For the best possible print of this film opt for the Dutch English-friendly disc.