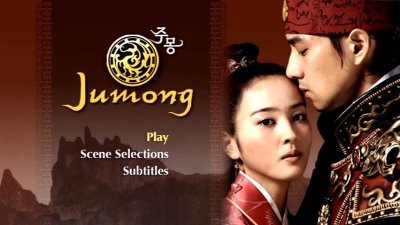 Jumong, also known as Prince of the Legend, is a South Korean television drama (K-drama) from the MBC network. The series is a historical drama based loosely on the real life accounts of Jumong. He was a king in Korea's history that helped form a massive kingdom and protect its citizens from the oppressive Han Empire. The true details about Jumong's life and the events surrounding it are not historically accurate. The story is more a myth, which can be read about in the included reference guide booklet. The K-drama Jumong portrays a loose interpretation around the myths and limited information about him. There are a total of eighty-one episodes that make up the series. They are being released on DVD by YA Entertainment in four volumes. This review covers volume two, episodes 21-40. Refer to volume one for details about episodes 1-20.

The second volume focuses on Jumong's rise in power, palace politics, a major power struggle for the throne, Youngpo growing as a character, advancements in various love stories, and Mopalmo and his quest for a stronger sword. Like volume one, the story continues to be enticing and entertaining with nonstop drama and exciting action. In volume one, a key development dealt with Haeburu going against tradition and selecting the next royal crown prince by means of a competition. The royal princes Daeso, Youngpo, and Jumong were to face each other, and the king would vest in the one who did the most for Puyo. Daeso and Youngpo took posts within the palace, helping to govern Puyo. Jumong, however, went out of the palace and joined Yunbantal's merchant troop. In volume two, Jumong returns to the palace.

Throughout volume two's twenty episodes, a new development fuels Jumong in his efforts. He learns the truth about his heritage, that his true father was Haemosu. When Jumong learns of this truth, he loses it and tries to understand his role in the life. He realizes he needs to finish his father's dream and lead the Damul Army into victory, saving the migrants from Han oppression. Jumong convinces his foster father Haeburu to rejoin the Damul campaign to realize his father's forgotten dream. This situation leads to a war with the Han and a major power struggle that neither Jumong nor Haeburu are ready to face. Daeso, Youngpo, the Queen, royal court ministers, and other leaders of Puyo join forces to stand against them. 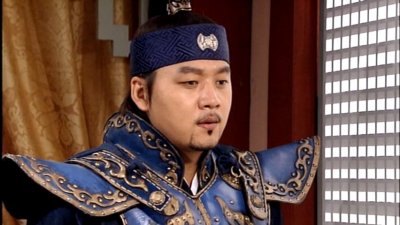 Additional key palace politics tie into the departure of Yeomieul. The great sorceress leaves the palace after an attempt is made on her life. Haeburu also refuses to forgive her for playing a role in Haemosu's imprisonment/death. Taking over her role is Mauryung. She is not nearly as powerful as Yeomieul and sides with Daeso and the Queen. On more than one occasion, Mauryung uses her powers to influence the competition or strengthen the Queen's influence.

Youngpo grows as a character this season and becomes a stronger contender in the competition for the crown. At first, he is still intent on helping Daeso advance by sticking thorns in Jumong's side. Youngpo is responsible for the attempt on Yeomieul's life, which he enacted for Daeso's benefit. In the aftermath, he is treated poorly by his family for doing such a stupid thing. Youngpo also kidnaps Buyoung and convinces Jumong to drop out of the competition and leave the palace again. With both of these ventures being successful, Youngpo decides he just might have what it takes to become king. Slowly, he switches allegiances and starts to work against Daeso. At one point, he even asks for Jumong's help.

Love and romance is a huge factor this volume. In the first volume, there were very minor advancements between the Jumong-Sosuhno-Daeso love triangle. Initially, Susuhno did not think much of Jumong and was more smitten by Daeso. She quickly found she had strong feelings for Jumong. In volume two, there are wedding proposals, hugging, promises of love, and of course jealousy. Daeso learns that Sosuhno loves Jumong and he refuses to let it go. He uses his power at every opportunity to get her to reconsider. 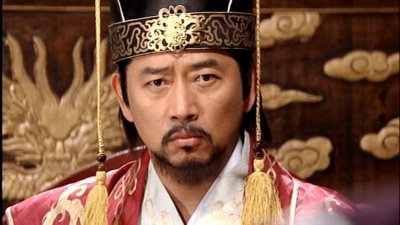 The love triangle is further complicated with other characters and some very melodramatic, over-the-top situations. Notably, there are two new female characters introduced. Daeso makes a deal with governor Yangjung to marry his daughter Yangsullan for the secret of making stronger weapons. Yangsullan is a calculating power-hungry bride, who intends to let nothing and no one stand in her way. Yesoya is a girl who has a past similar to Kuhwa; she is the daughter of a chief, whose tribe was wiped out. Yesoya becomes a new love interest for Jumong that threaten the Sosuhno-Jumong relationship (amongst a very dramatic and tragic development.)

Mopalmo is a supporting character who played a rather minor role in the early episodes. He is the director of the iron chamber, the blacksmith who has repeatedly failed to make a weapon comparable to the Han. He has dedicated his life to finding out how to develop a stronger weapon. But when Daeso makes a deal with Yangjung to get blacksmiths to make Han steel, Mopalmo leaves Puyo in shame. He goes to Keru and continues his efforts to make a weapon stronger than the Han's. He discovers the secret and his work becomes the center of everybody's attention.

Overall, Jumong, Volume 2 is an exciting continuation of an awesome story. The developments in volume 2 have more drama with several love triangles, key character development (Daeso is darker, Youngpo is more cunning, and Jumong is more determined), and more action scenes. It all comes together as an excellent storyline with several great characters that is enticing, engaging, and entertaining. In the end, Jumong, Volume 2 is a must own for K-drama fans. 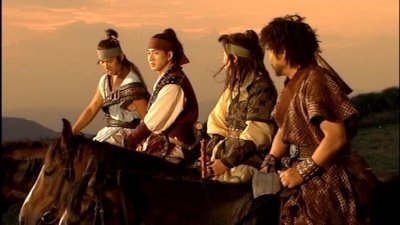 Extras:
Included with the Jumong, Volume 2 boxset is Episode 1 from the K-drama Damo. It runs for approximately 60 minutes.

Final Thoughts:
Jumong is a Korean television drama based loosely upon the historical character Jumong, who helped shape one of the strongest Korean kingdoms that stood up to the oppressive Han. This second volume continues the story with several advancements in character development, love interests and romance, Jumong realizing his role in the life, and more. The content offers more compelling drama and exciting action that will dazzle and entertain. It will leave you glued to your seat dying to know what happens next. Like volume one, this set is worthy of the highest recommendation possible, DVD Talk Collector Series. It's that good.