There have been a good number of silent films that have come out on DVD, but the early sound era films haven't been nearly as well represented.  (One reason for this is that the early talkies, as a whole, weren't as good as the later silents.)  In any case Kino has been one of the companies that haven't ignored the films from the late 20's and early 30's.  Their most recent release from this era is the Fanny Brice vehicle Be Yourself.  A nice if forgettable film, this is the earliest Brice film that still exists in complete form, one of only a couple.  The DVD presents the film in unrestored form but it still looks and sounds very good for a film from 1930. 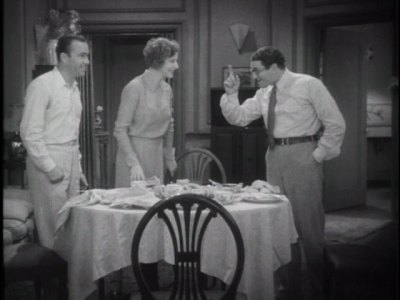 Fanny Brice, immortalized by Barbra Streisand in the films Funny Girl and Funny Lady, was a singer and comedienne who rose to fame in Ziegfeld Follies, staring in every production from 1911 until 1923, and many more until 1930.  Today she's best remembered for her radio performances as Baby Snooks, a devilish little girl who would pull pranks that would drive her poor father to distraction.  Though she tried to make it in films, she never did and this feature gives a good clue why that was.

Brice (billed as 'Fannie' in this production) plays Fannie Field, a show girl staring in a nightclub act.  She's drawn to Jerry Moore (Robert Armstrong), a down on his luck fighter who has just moved into the big city but can't get a fight.  When he gets into a scrap at the club with the champ, Fannie and her lawyer brother Harry (Harry Green), decide to become Jerry's manager and get him some fights.

As Jerry rises, Fannie starts to fall in love with him, but when he finally makes it to the top he leaves her for a glamorous gold-digger who is only out for his money.  Heart-broken, Fannie has to make Harry see the error of his ways before its too late. 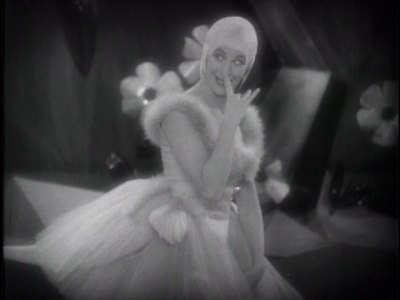 As was typical for romantic comedies of the day, there are a lot of songs included in this film.  Too many really.  The movie only run 66 minutes yet there are five musical numbers.  Every time Fannie starts to sing, the movie grinds to a halt while she does her thing.  It wouldn't be all that bad if the songs were better, but they're mediocre at best, and down-right stupid at worst.  One tune is I'm Cooking Breakfast for the One I Love that includes such inspired lyrics as "Now my baby likes bacon, and it's bacon that I'm makin', while I'm cooking breakfast for the one I love."  They even sung thaT song twice.

Brice also doesn't have much screen presence.  She's mainly forgettable in the role and though she was no stranger to heart-ache in real life, she isn't very convincing when the fighter leaves her.  While doing her musical numbers Brice hams it up like she was on a stage, making goofy faces and prancing around a bit.  While this would have been fine on Broadway, on the screen it's a bit too much and she looks stupid rather than funny.  It's also a bit surprising that the famous comedienne wasn't more humorous.  She's constantly upstaged by Harry Green.  Granted Green is supposed to be the comic relief, but Fanny's jokes nearly all fall flat.

Even with these problems this film has a simple charm that a lot of movies from the 30's have.  It is a light and enjoyable way to spend an hour, even if the details from the film will fade as soon as the credits roll.

The two channel mono soundtrack sounded good for an early sound feature.  The audio is naturally thin and tinny do to the recording technology of the time.  Both highs and lows are clipped, but that isn't surprising.  The sound technicians were still learning their craft when this film was made as the footsteps of actors walking across the soundstage are too loud.  There is a bit of background noise, hum and some occasional clicks, and while this is prominent in the quite scenes it isn't distracting.  The dialog is generally easy to hear even though it is slightly muffled in some scenes and there are a bit of distortion mostly during the songs.  Overall this disc sounds about average for an early talkie.

Like the audio, the full frame image looks nice for an unrestored film from the '30's.  The image is a little soft, there are some spots and a few scratches bit these aren't too bad.  The image has a good amount of detail and the contrast is very good.  Some scenes are a bit dark but only a little.   This film looks very good given its age.

Unfortunately there are no bonus items.  An episode of the Baby Snooks radio show would have been nice, or one of Brice's other appearances on the radio.  Most of the old-time radio shows are in the public domain so the rights wouldn't have been a problem.

This was a nice movie but utterly forgettable.  Fanny Brice just didn't have much screen presence in this and the overly frequent songs really interrupted the pacing of the movie.  Fans of early talkies or of Brice's Baby Snooks character should check this film out, just to see the star, but make it a rental.