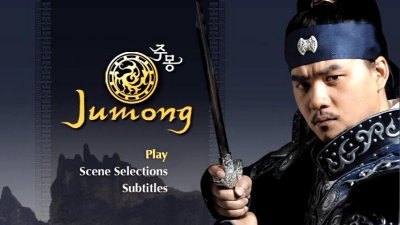 Jumong, also known as Prince of the Legend, is a South Korean television drama (K-drama) from the MBC network. The series is a historical drama based loosely on the real life accounts of Jumong. He was a king in Korea's history that helped form a massive kingdom and protect its citizens from the oppressive Han Empire. The true details about Jumong's life and the events surrounding it are not historically accurate. The story is more a myth, which can be read about in the volume one reference guide booklet. The K-drama Jumong portrays a loose interpretation around the myths and limited information about him. There are a total of eighty-one episodes that make up the series. They are being released on DVD by YA Entertainment in four volumes. This review covers volume three, episodes 41-61. Refer to volume one for episodes 1-20 and volume two for episodes 21-40.

Volume three is about the forging of a new empire. Jumong leaves Puyo to rebuild the Damul Army, conquer the Han, and lead his people into a new era. It begins with Daeso deciding who to send from the royal family to the Han Empire. In volume two, the Han found out Puyo had been trying to make steel weapons. In order to appease the larger nation, Daeso agreed to send one of the royal princes to be held "hostage" by the Han. His first inclination is to send Jumong, but after some discussion with his closest advisors he decides it would be in his better interests to keep Jumong close and send Youngpo. The Queen greatly disapproves and gets Daeso to change his mind. But Youngpo betrays Daeso and in the aftermath is sent to the Han.

Prior to Youngpo's failed attempt to take Daeso out of power, Jumong got suspicious of Youngpo and Doichi's latest activities. He knew that they there were up to something. He learns that the plan will implicate Keru and saves Daeso's life to prevent Sosuhno's downfall. The rescue builds a bond between the feuding brothers. It is a trust that Jumong uses to his advantage. Youngpo is sent to the Han and Jumong is appointed leader of the military. Everyone thinks the reason he has sided with his brother is that he has given up on life. He has lost much: Sosuhno married Wootae, his father Haemosu was murdered, and King Kumwa has lost control of the palace.

To make matters worse, Jumong is assigned a terrible task. The war he led with King Kumwa to free migrants enslaved by the Han is being reversed. The Han have demanded their slaves be returned and Daeso intends to comply. He has given Jumong that responsibility. Jumong complies and everyone is shocked at his broken spirit. He, however, has a plan. As the new military leader of Puyo, he intends to gather all of the migrants, forge his own empire, and rebuild the Damul Army. While Jumong is successful in his efforts, there are some a couple kinks in the plan. His wife Yesoya and mother Yuhwa are in Daeso's hands, despite attempts to break them out. 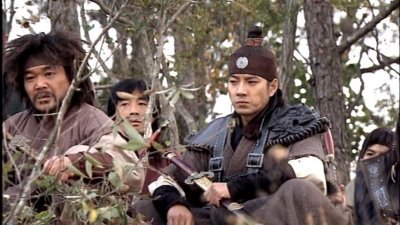 Jumong set ups camp at Mt Bongye. Joining him are Oi, Mari, Hyeopbo, Mopalmo, Musong, and Yeomieul. He also acquires three new lieutenants Jaesa, Mugol, and Mukguh. There is some internal conflict between the old and the new officers, as some of them feel their seniority means more than it does. As Jumong leads the Damul Army into battle, Mopalmo creates strong steel weapons that can easily defeat the Han's Iron Army, which is a big strategic advantage. They conquer and assimilate neighboring tribes/villages under Han suppression.

Sosuhno's trials continue with the Piyru Chief Songyang trying to destroy her clan. He uses his alliance with the Han and works with Yuntabal's sister to dislodge Sosuhno from power. He forces her to step down as chief and give control to her cousin. Keru is also stripped from its military forces. Sosuhno suffers much and only does so because Yeomieul predicted that her future would be filled with hardship until a later date when she could join Jumong and the Damul Army.

Back in Puyo, Daeso slowly loses control of his empire. Jumong's rampant attacks on Han interests cause much distress to the self-proclaimed king. Daeso loses it when a solar eclipse occurs and Puyo citizens talk about it as an ill omen for Daeso's reign. He responds by slaughtering innocent people. Kumwa is approached by the prime minister and chief general -- they, along with many others, want Kumwa back in power. Daeso's terror has to end. Kumwa is reinstated and also forced to look at Jumong as the enemy, no longer his beloved son.

All in all, volume three continues the great story of Jumong. This volume has several big developments: Damul Army's rise to power, Sosuhno and Keru's fall from grace, Daeso losing control of Puyo, Kumwa coming back into power, new marriages, and more. The content is even more dramatic than past volumes, and there are also some pretty intense battle scenes. In the end, Jumong, Volume 3 is an exciting and enticing addition to the story and something I found hard to put down. 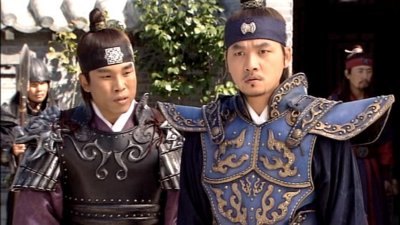 Extras:
The only extra included is the "Jumong Reference Guide Part II". It contains details about new characters and actors introduced in volume 3, a biography of writer Choi Wan Gyu, the realism of Jumong, and a production diary.

Final Thoughts:
Jumong is a Korean television drama based loosely upon the historical character Jumong, who helped shape one of the strongest Korean kingdoms that stood up to the oppressive Han. This third volume continues the story with several key developments from Jumong forming the Damul Army to King Kumwa regaining power. The content offers more compelling drama and exciting action that will dazzle and entertain. It will leave you glued to your seat dying to know what happens next. Like the first two volumes, this set is worthy of the highest recommendation possible, DVD Talk Collector Series.