Winner of the Grand Prize of the Jury at the Cannes Film Festival in 2006 Flanders arrives in North America courtesy of Koch Lorber Films. Intense yet notably quiet pic strives to recreate a world where life and desperation appear inseparable.

In a small French village a group of men are told to prepare for war. They have been given a few days to put everything in order. Demester (Samuel Boidin) and his friends gather in the local inn, have a drink, and talk about the future. He has sex with Barbe (Adelaide Leroux) who later on sleeps with Demester's friend Blondel (Henri Cretel).

On the following day Demester, Blondel, and a few locals are sent to fight the enemy. Blondel dies and the only one who comes back to the village is Demester.

Watching Flanders is like a patience-test where the more time one spends with the main protagonists the less one learns about them. Their words, actions, and thoughts are difficult to decipher, at times even impossible to align. Even though they make love, celebrate, and die in a fairly straightforward fashion their world isn't transparent. It takes a lot of patience to grasp what moves them. 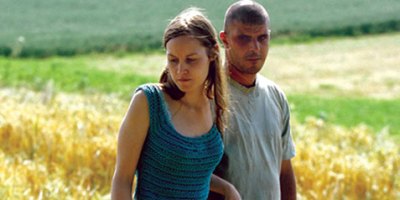 Similar to Michael Haneke's work Bruno Dumont's films aren't entertaining - they feed off a reality where pain is pervasive. Even brutal. In Flanders pain comes in different forms and is always a sub-product of human emptiness. Love is unshared, mercy is avoided, feelings are numbed. None of the main protagonists are likeable, they are inhumane, like animals, whose only pleasures are primal.

Such an extreme approach to depicting reality will likely turn off quite a few viewers. As suggested earlier even dialog is sparse here. In fact, there are major blocks from the story where what Dumont has filmed feels like a documentary. Music is notably absent and aside from the slowly moving camera revealing the beauty of Northern France immaculately intensity is the only aspect that keeps Flanders from failing.

Pic's resolution comes quickly, it is predictable and unoriginal. Judging by the construction of the story it is intended as such. The main protagonists return to their pre-war activities in a cold and monotonous manner suggesting that reality is nothing but a process of repetitive actions. Dumont intentionally avoids a conclusive closure, Flanders simply stops.

Tech credits are solid. The crew of non-professional actors Dumont opted for is impressive as they naturally enhance the raw look of the film. Cinematographer Yves Cape who contributed to the director's highly successful L'Humanite is back on board and his signature camerawork is prominent. Producer Rachid Bouchareb who worked on the Algerian Oscar-nominated Days of Glory is also part of the team. 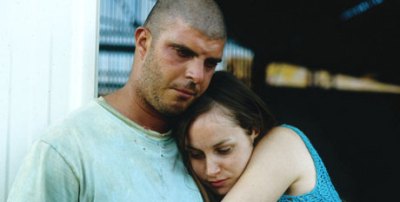 Presented in its original aspect ratio of 2.35:1 and enhanced for widescreen TVs Flanders looks strong. The print provided by Koch Lorber Films is progressive, properly converted, and without any source flaws. Contrast is well handled, the color scheme is largely impressive, while edge-enhancement despite of its minor presence here and there a non-issue. My only concern with this print is that past the 45min. mark I noticed a few strange combing-like effects, though minor, which aren't noticeable during the opening scenes. Overall however I am pleased with this disc as the basics here are handled professionally.

The audio construction of this film is notably minimalistic. Music isn't used and for long periods of time the main protagonists remain silent. Therefore the French 2.0 mix is supplied by Koch Lorber Films is adequate. There weren't any issues that I was able to detect - hissing(s), audio dropouts, etc. Optional English subtitles are provided for the main feature.

Aside from the original theatrical trailer and previews for other Koch Lorber Films there is nothing else to be found here.

Bruno Dumont's latest will hardly impress those of you who lack the needed tolerance the director's unique style demands. If you disliked the approach used in his equally controversial L'Humanite chances are you won't appreciate Flanders either. As it is the case with the Dardennes and to a larger extent Haneke Dumont's work is always likely to leave many puzzled with its simplicity, at times suffocating minimalism. Simply put this is an utterly demanding piece of cinema. Yet, for those who are willing to endure the stripped of glamor storytelling Flanders proves to be another deserved success for the unconventional French director.