Syndromes and a Century

Thai director Apichatpong Weerasethakul's latest "Syndromes and a Century" is an attempt at concept-filmmaking with fluid characters that appear undisturbed by plot limitations. As beguiling, impossible to deconstruct, and emotionally liberating as the director's earlier Blissfully Yours (2001) and Tropical Malady (2004) pic shall enchant those who crave a breeze of fresh air amidst a sea of mind-numbing Hollywood blockbusters.

Inspired by a childhood spent in hospitals around his native Thailand Weerasethakul's Syndromes and a Century dwells on the meaning of life, memories, and the manner in which they are construed as reality. Emotions, not actions, are the foundation for a series of happenings where a doctor, a Buddhist monk, and a dentist reexamine their past while contemplating the old what if. Unable to suppress their thoughts the main protagonists succumb to a world of spiritual enigmas.

More or less lacking a structural identity, aside from the formal division of its story into two halves, pic relies mainly on visuals, less on dialog. Contemplation occupies a central place here urging the audience to seek different reads of certain events. Memories are used to connect the scattered dots though occasionally it is unclear precisely what goes on in the minds of the main protagonists.

Nature, as observed in Weerasethakul's earlier works, plays an important role. Long-continuous shots are inserted as the story progresses often granting the main protagonists a secondary role (they are heard conversing off the screen while the camera is nonchalantly wandering elsewhere). As a result close-ups are practically non-existent.

Narrowing down the exact emotion(s) Weerasethakul attempts to convey is impossible. A romantic theme from the first half is unexpectedly terminated later on, nostalgia is prevalent but far from being the key element, desire is strong but ultimately misplaced by melancholy. The effect is unusual and likely to switch unsuspecting viewers into a guessing mode eventually evolving into disappointment.

Technically pic is impressive. Camera placement in particular evokes parallels with the likes of Tarkovsky and Tarr. It is as if Weerasethakul chose to observe the action from afar rather than follow it closely. Especially during the second half the "observing" and the manner in which it is done is far more compelling than the action itself. Traditional Thai tunes occasionally compliment it.

Finally, even though Syndromes and a Century was commissioned by the New Crowned Hope Festival, part of Vienna's Mozart Year in 2006, and consequently nominated for Golden Lion at the Venice Film Festival, to this day it remains banned in its native Thailand. 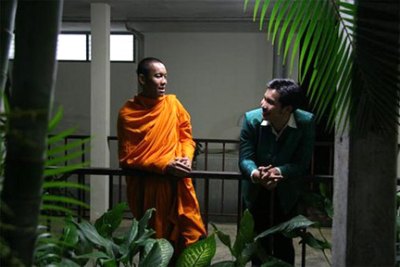 Presented in an aspect ratio of 1.78:1 and enhanced for widescreen TVs the print provided by Strand Releasing looks deceivingly good. Contrast is strong, color largely convincing, while detail is for the most part acceptable. The quality of the print is solid as well - there aren't any notable scratches or debris. The issue here is that this is yet another improperly sourced print which could have looked remarkable had Strand opted to do their homework. As it is I am very much underwhelmed.

Presented with a Thai DD 2.0 track and, unfortunately, forced English subtitles the audio presentation is tolerable. Given pic's sporadic dialog the inclusion of a DD track is somewhat justified. The actual mix is clear and without any issues to report.

Aside from a theatrical trailer for the main feature there is nothing else to be found here.

I have nothing but respect for Strand Releasing and their diverse catalog of important world films. I've said it a number of times and I shall repeat it again: the distrib plays an important role on our increasingly blockbuster-dominated market where quality works are often neglected. Their less than impressive output in terms of audio/video quality however makes it that much more difficult to defend their name in front of those who seek nothing but the best.