Miriam (Martina Gedeck, Mostly Martha), Andre (Peter Davor), their son Niels (Lucas Kotaranin) and his girlfriend Livia (Svea Lohde) head to the Baltic Sea for a relaxing vacation. There the family encounters Bill (Robert Seeliger), an attractive but lonely man, who has recently returned to Germany after many years of living abroad. They quickly become friends and even sail together when the weather allows it.

Attracted by Livia and her wit Bill invites the young girl to spend more time with him. Miriam, who has assumed responsibility for Livia while she is away from her parents, becomes concerned that a friendship between a 12-year old girl and a man in his upper 30s can only produce trouble. Especially given Livia's sexually immature behavior!

In the meantime Niels who has been hoping to solidify his relationship with Livia becomes increasingly hostile to his parents. He isn't willing to openly confront his girlfriend yet when his parents attempt to do so he rejects them.

After a delightful afternoon with Bill Livia decides to spend the night away from her boyfriend and his parents. Determined to finally take matters into her own hands Miriam heads to Bill's place ready to confront him. When she arrives Miriam is surprised to discover that Livia is nowhere to be seen. 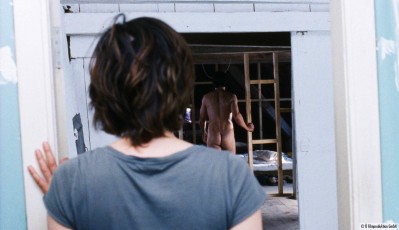 Intelligently-written, thought-provoking, and extremely subtle Stefan Krohmer's latest picture Sommer 04 a.k.a Summer 04 (2006) lives up to the rave it produced during last year's Cannes Film Festival. With a story which deceivingly heads into a familiar territory only to eventually surprise the viewer with a much more complex message this is indeed a film for those who like their cinema with a twist.

It does take a while however for Krohmer to truly open up! This young and very talented German director has produced a film where the cast genuinely looks unaware of the camera's presence. Furthermore, instead of a clichéd approach to many of the painfully familiar themes in Summer 04 the picture unveils a panorama of different angles, some unexpected, some deceivingly honest.

The key to understanding the film, or at least a possible starting point, is without a doubt Bill's character. The emotional connection he experiences with Livia is what indubitably has Summer 04 working on multiple levels. Understanding the two worlds Livia and Bill belong to, the one where love is capable of producing miracles, and the other where societal norms and expectations have greatly diminished its power, is the greatest test Krohmer offers his viewers. I guarantee you will be challenged to figure out the motives driving the two characters' actions.

Unfortunately those who might have been anticipating that this R1 release by Koch Lorber Films would be notably better than the Canadian version courtesy of Mongrel Media will end up being fairly disappointed. Why? Even though the Koch Lorber Films release does not reveal as strong "ghosting" patterns as the ones seen on the Canadian disc its transfer is interlaced with plenty of "combing". Edge-enhancement is also prevalent. In fact, a quick comparison between the two reveals some contrast boosting on the Koch Lorber Films release in addition to the issues noted above. On the positive side of things the original source appears identical as I could not see any disturbing damage patterns (scratches, dirt, etc). Finally, the film is presented in an aspect ratio of 1.78:1 and enhanced for widescreen TVs.

The R1 disc by Koch Lorber Films offers the same basic audio track found on the Canadian disc: DD German 2.0. I did not detect any disturbing cracks, hissings, or pop-ups. The dialog was very easy to follow. Optional English subtitles are added and the translation from German to English is practically flawless.

The Canadian disc did not offer any supplemental materials, the US disc does. In addition to the theatrical trailer Koch Lorber Films have added up four deleted scenes and a Making Of. The first deleted scene I liked quite a bit as it shows the tremendous breakdown Livia's mother undergoes. It is a very subtle scene which could have well been part of the main feature. The remaining three scenes are hardly that important to the manner in which the story is told. The Making Of segment is mostly a recap of the filming process as well as the actual story with added commentaries by the cast.

The R1 release by Koch Lorber Films is indisputably better looking and a better put together package than the Canadian release we reviewed awhile ago is. This being said I am still unimpressed - there are some conversion issues that plague both of the R1 presentations and it is rather unfortunate that Koch Lorber Films did not deal with them accordingly. Still, this is a very strong film which you shouldn't miss. Recommended.