Set in a remote Turkish village Times and Winds follows the deeds of three teens and their families as they struggle to overcome personal tragedies while enduring the harsh lessons nature has to offer. Omer (Ozkan Ozen) whose father is a highly respected imam dreams for the day when he will no longer be treated as a kid. Young Yakup (Ali Bey Kayali) has fallen in love with the village's beautiful school teacher and is hugely disappointed when he sees his father peeking through her window. Yildiz (Elit Iscan) is doing her best to please her parents but they seem unimpressed. In a matter of days the lives of the three teens will be changed forever.

Divided into large episodes with revealing titles mirroring the cyclic nature of life Times and Winds evokes parallels with the cinema of Yilmaz Güney and Andrei Tarkovsky. Beautifully photographed vistas from the Turkish countryside for example instill a misleading sense of tranquility which is often fractured by the struggles of the main protagonists, their consistently bleak outlook on life. As a result the film proves to be a never-ending rollercoaster of emotions where tragedy, drama, pain, and joy constantly interchange in a near meditative fashion.

What makes this film a truly fascinating viewing experience however is the manner in which kids and adults are forced to overcome similar hurdles. There is a nagging sense of desperation oozing from the screen as Erdem delves deep into traditional status-quos where the fine line between right and wrong is impossible to locate. Whether or not this has to do with the admittedly controversial social and cultural landscape of the Turkish state is difficult to tell. What is clear is the fact that Erdem is critical of his country's strong dependence on traditionalism and obviously unhappy about its corrosive effect(s).

Tech credits are just as strong and likely pic's most impressive asset. From start to finish Times and Winds looks and feels like the work of a master with a rich vision and even richer arsenal of skills. Not surprisingly there are large blocks of silence here where dialog is indeed unnecessary. 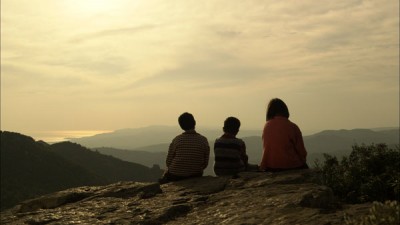 Presented in its original aspect ratio of 2.35:1 and enhanced for widescreen TVs Times and Winds is fortunately slightly above the standard of treatment we have come to expect from Kino. Yes, this R1 disc is interlaced (the combing is not severe) but it is also a far stronger effort from Kino where contrast, color reproduction, and detail are more than manageable. Furthermore, aside from some heavy patterns of edge-enhancement scattered throughout the entire film the print is actually quite healthy. I did not encounter any large dirt spots, scratches, or marks; on the contrary, the print looks very strong. To sum it all up I certainly would not forgo this marvelous film anticipating that a better, properly converted version, would appear sometime in the future.

Presented with a Turkish DD track and optional English subtitles the audio presentation is practically flawless. The dialog is crisp, clean, and very easy to follow. I did not detect any disturbing hissings, pop-ups, or drop-outs. Of course the biggest disappointment here is the fact that an elaborate 5.1 track isn't offered. This is quite a letdown since as I mentioned in the review the ambient soundtrack by Arvo Part has a crucial role in this film.

Aside from a gallery of stills there is absolutely nothing else to be found on this disc.

What an exceptional film. This is my first encounter with the work of Turkish director Reha Erdem and I am already eager to see more. I shall make it a point to track down whatever else there might be available from him on DVD overseas and hopefully more of his films reach Chicago. I cannot recommend Times and Winds highly enough.