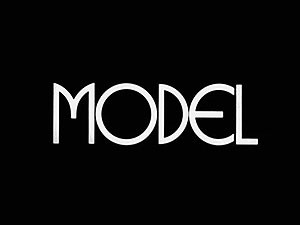 
The Movie
Like the majority of Frederick Wiseman's documentaries (or at least the ones I've seen,) Model has no narration, no talking head segments and no true story. What it does is drop you right into a world you don't know and lets you experience a day in the life (more or less.) It's about as observational as a documentary can get without simply being a security camera. 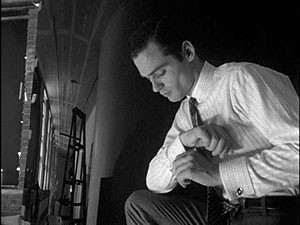 Here, we get to see a bit of the life of models, and the people who work with them, centered mostly around a modeling agency and the people they represent. Thus, you get to see portfolio reviews, photo shoots and the rest of their lives, just minus anything negative or very personal. Considering the documentary was shot in the late '70s, it's hard to believe the cameras wouldn't have caught anything illicit going on, though perhaps those in front of the lens behaved themselves during business hours during the course of the filming. That would work, since the camera doesn't intrude on the subjects' personal lives, though it's not as if we ever get to know them anyway. (Not being a model follower, no one was recognizable to me, with the exception of a certain modern artist with white hair.)

Perhaps its the era, but Wiseman's documentary doesn't look like the true-life films we get today, looking more like a fictional feature film than the cinema verite we've come to associate with the genre. Wiseman's set-ups are perfectly cinematic, making it feel a bit less authentic than your usual run-and-gun documentaries, but much more beautiful, with its black-and-white palette making it look both timeless and older than it should.

Despite staying mostly at an arm's distance and not setting up storylines, Wiseman's film about a mostly pointless industry (unlike his other more biting films) is anything but pointless, illustrating the banality of the industry, highlighting how less-than-glamorous it can be when on the job and juxtaposing it with the ugly life going on on the New York City streets (at a few points, the two worlds collide to interesting effect.) The only real issue I have with Model is its length, as it checks in at 126 minutes, which is excessively long for just about any documentary, but especially when you consider there is no story being told. Thus, the film just keeps rolling on, and starts to feel like it's repeating itself, as there truly is only so much that can be said (or shown) about modeling, especially if you don't cut to the bone. 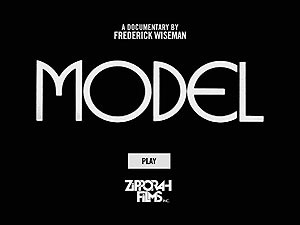 The DVD
A one-disc release, Model is packed in a standard keepcase (with a simple printed cover, showing its indie roots,) and features a static menu with one option: play. There are no audio options, no subtitles and no closed captioning.

The Quality
The black-and-white full-frame transfer is generally good with a nice amount of fine detail, though the deepest blacks are more of a very dark gray, and there's a hefty amount of grain in lighter areas of the screen. Also affecting the quality is a good deal of dirt and damage, mostly around the outside of the screen. One wonders what a clean-up could do for this film.

The audio is a Dolby Digital 2.0 track presenting a doubled-up version of the film's mono soundtrack. It's effective in maintaining the film's stark, in the moment feel, but frequently the dialogue feels muffled, a result of the original recording.

The Extras
There is no bonus material included with this DVD. 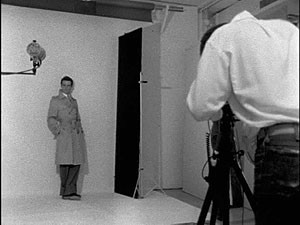 The Bottom Line
Both intimate and frustratingly distant, Wiseman's documentary on the world of modeling is fascinating not just for its subjects, but its technique, as it looks nothing like the genre's current standards. Plus, with the passage of time, its gained an additional element of nostalgia, depicting a time long gone. The DVD is simplistic in its presentation, but welcome for simply being available at last.