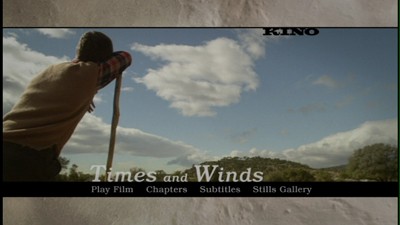 Slowly paced films have a strange, ironic quality in that despite the glacial pace at which their narratives move, they are often the films that pass the fastest when you are watching them. It's as if the demand they place on you as a viewer is so great, you become even more immersed in the story than you do when the picture is moving at a constant sprint. So focused are you on digesting every small morsel it has to offer, the closing credits come on before you even have a chance to check your watch.

The Turkish movie Times and Winds has this kind of time-warp sensation. Set in a predominantly Muslim mountain village, writer/director Reha Erdem's 2007 feature borrows the ambling pace of rural life at high altitudes. Following the adolescent struggles of three teenagers, Erdem captures the predicament of youth perfectly, creating the simultaneous feeling that life will never move forward and that everything is slipping away faster than you can control.

All three of the children in Times and Winds are at the juncture of growing up where they are becoming aware of the adult world and its pleasures, and that there might be more to the world beyond the confines of their hometown. They want to experience these new discoveries and to express themselves for who they are, but their parents are too busy placing restrictions on them. Cigarettes are too mature for them, for instance, but they are expected to help with work, look after younger siblings, and appear for their daily prayers. They can't be childish, but they won't be given the rewards of adulthood, either.

Of the three teenagers, two are boys and one is a girl. Of the boys, Omer (Özkan Özen) is ostensibly the leader. His father is the head of the village church, and both of Omer's parents dote on his younger brother as a way of calling attention to their eldest son's faults. Omer dreams of the day he will be free of his father, and when the old man becomes sick, he tries whatever he can--opening his bedroom window at night, emptying his medicine--to help the illness win. When that's not fast enough, Omer dreams of other forms of patricide, weighing the consequence of the sin against the benefits of the result.

In contrast, Omer's slow-witted friend Yakup (Ali Bey Kayali), like most boys his age, is obsessed with sex. He dreams of his teacher (Selma Ergeç), whom he clearly has a crush on, but his inability to talk about it would lead us to believe that he doesn't really know what sex is. Though all of the children see the animals in their village go at it from time to time, they giggle at what they don't understand. Yakup is so embarrassed, in fact, he chases off Yildiz (Elit Iscan) when he realizes that she is also there when he and Omer are watching donkeys have sex. Not that Yildiz has much interest in growing into a woman. She has been placed in the role of caretaker too early, stuck babysitting when she'd rather be out enjoying the world. She is also leery of what goes on behind her parents' closed bedroom door. 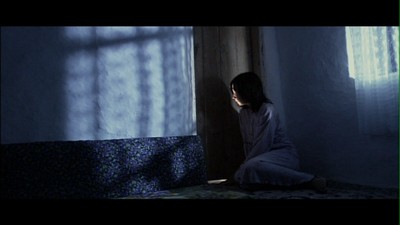 The animals copulating are shown to us in contrast to the images of death that Erdem peppers throughout Times and Winds. The teens live in a natural environment where the cycle of life is always on display. On one end, Omer's father and Yildiz's grandmother are both showing their mortality; on the other, Yakup's mother is about to have another child. Erdem creates a world of dualities. Omer in contrast to his younger brother is mirrored in Yakup's father being seen as less capable next to his brother. By extension, this shows the conflict between the generations is ongoing. Yakup's grandfather orders his sons to build a stone wall outside the garden they inherited from him; ever since that gift, however, he has made sure the men are beholden to him, and as soon as the wall is built, he dismantles it, declaring it's not good enough. Yakup is eventually torn between the shame for his father's humiliation in such situations and the betrayal of realizing he really is a nincompoop, catching the older man peeping through the teacher's window.

Unlike the sturm und drang of western films about adolescent angst, Erdem infuses Time and Winds with a quieter melancholy. These kids are restless and they want to lash out, but they aren't particularly destructive; life hasn't yet taught them to be. Though they see some violence among the adults, they don't mimic it. Even Omer's murderous daydreaming is free of any actual blood, stopping short at the moment of action. Instead, the yearning fantasies of the trio show how far beyond childhood they have been pushed. Erdem's images of death are merely the teens lying in the dirt and the brush, as if asleep, covered by rocks and leaves like they have been there for some time, the natural way of things overtaking their prone bodies. It's an approach that goes counter to the normal suicide fantasies of troubled adolescence. They are more like older folk, tired and wanting to lay down. Thus, Erdem chooses to show us time in reverse. Rather than have Times and Winds be one long night of the soul, waiting for dawn to break and all that comes with it, the director moves us back through the day, taking the long way around as it were, as if his children have to regress to reclaim their childhood. Thus, the on-screen chapter breaks go from night, to early afternoon, noon, and then morning.

One other element of note in Times and Winds is the marvelous musical score by composer Arvo Pärt, whose moving music has been used in movies like The Thin Red Line and The Good Shepherd even when he's not the one responsible for the score. For Time and Winds, he creates a vivid soundscape that adds a grandiosity to the subdued images. In his emotionally weighty orchestration, he is able to express the seething power of the turmoil that the teenagers have no outlet for, working hand-in-hand with Erdem's measured visual style to draw the sadness and the longing from the situation. While most of the time the best scores work subliminally without the audience really being aware of the magic the musicians are creating, this is one of those rare cases where there is nothing wrong with taking a moment to just enjoy the sounds for what they have to offer. 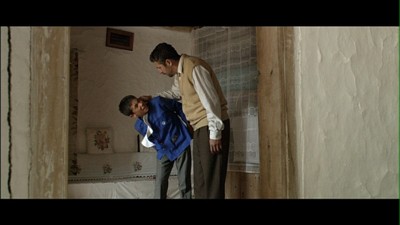 Video:
Times and Winds was shot at a very wide widescreen 2.35:1 aspect ratio, and it is presented here in an anamorphic transfer enhanced for 16X9. The look of the picture is quite good, with Erdem and cinematographer Florent Henry's frequent lingering on the landscape of the mountain town looking particularly nice. Colors look good, and the image is clean throughout. A nicely done transfer for a smaller film.

Sound:
The original Turkish audio is mixed as a solid Dolby stereo track. I didn't notice anything to complain about here, with a good balance between the dialogue and the sweeping music. The optional English subtitles also flow well, easy to read and free of typos.

Extras:
The sole extra is a photo gallery.

FINAL THOUGHTS:
Highly Recommended. A fresh and original take on the coming-of-age story, the Turkish film Times and Winds portrays three teenagers struggling to understand the workings of life in a Muslim mountain village. Intrigued by the pleasures and the freedom of adulthood, they also react negatively to the responsibilities that come with them. Finding themselves stuck in an ongoing pattern of each successive generation placing restrictions on the one that follows, for ones so young, their ennui is already profound. Writer/editor/director Reha Erdem has a gentle directing hand, preferring the small and quiet moments to histrionics or big events, choosing to let the landscape and the grandeur of Arvo Pärt's music show the great expanse of life the children see and desire to be a part of. A rare film with a unique point of view, this is one to watch and tell your friends about. 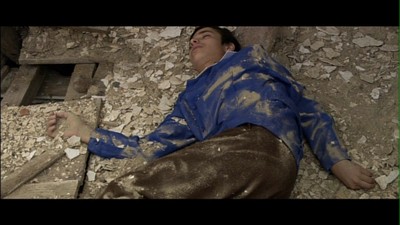