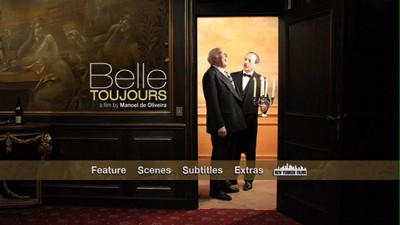 I won't lie, when I heard someone had made a sequel to Luis Bunuel's 1967 provocative masterpiece Belle de Jour, I was more than a little skeptical. The springboard for this new story, apparently, was the original's final scenes where the character Henri Husson (played by Michel Piccoli in both of these films) goes to his best friend, presumably to tell him everything about his wife's double life as a prostitute. Whether this is what Husson does indeed tell him is left to our imagination, as Bunuel does not makes us privy to what Husson whispers in his friend's ear. The idea that someone would want to create an answer to that mystery is anathema to me. It makes me think of those imbeciles who electronically enhanced the image at the end of Sofia Coppola's Lost in Translation to try to find out what Bill Murray said to Scarlett Johansson. If we were supposed to know, the filmmakers would have told us!

The sequel in question is Belle Toujours, a mercifully brief 70-minute film by Portuguese writer/director Manoel de Oliveira. Now that I have seen it, I can say the joke is easily on me and anyone else who took the time to gnash their teeth over the hubris of dismantling the work of Luis Bunuel. de Oliveira leaves the old question hanging, choosing instead to try to make an argument in favor of ambiguity. As Piccoli says in this new film, it's not the details that are important, but that we know something happened and what that means to us. I would say "bravo" to this cinematic prank were it not such a lightweight affair. When we finally get to the moment where all is supposed to be revealed, de Oliveira's feint comes off more as a cop-out than any kind of metafictional cleverness.

It's funny given my original misgivings, but I actually wish de Oliveira had done more to try to emulate Bunuel. Belle de Jour was a witty, satirically rich dissection of the fallacy of social constructs and the hypocritical perversions the privileged hide behind closed doors. The exploration of his bored housewife, Severine, as played by Catherine Deneuve, was also an excuse for the surrealist director to go exploring visually, and he created dreamscapes that were chilly, playful, and even a little dangerous. It's an important film in my personal film-going history, as seeing it was instrumental in changing my views of foreign and art-house cinema. Manoel de Oliveira shows none of the same style or subversion in Belle Toujours. His production is ridiculously frail, visually boring, and puts to use such a thin script, we get long sequences of Husson and Severine (now played by Bulle Ogier) eating and of nameless waiters cleaning to stretch out the running time.

The story of Belle Toujours, in a nutshell, is that the now aged Husson spots Severine at a Parisian concert hall, having not seen her since he walked out of her home forty years ago. He tracks her down and convinces her to have dinner with him by agreeing he will at long last reveal what he told her husband. They eat, she tells him she is a changed woman, he toys with her, and then the movie is over. Don't be polite. You need not stifle that yawn.

Most of the film is actually spent in a bar where Husson relates his tale to a bartender (Ricardo Trepa) while two prostitutes, one young (Leonor Baldaque) and one old (Julia Buisel) presumably to mirror the two images of Severine, wonder why the geezer doesn't look their way. The barman and Husson spend long stretches debating the psychological and moral implications of his story, and it's rather like we're watching two people talk about the 1967 film rather than watching a continuation proper. To make it worse, Trepa is not much of an actor, reciting his lines in a halting manner that makes me think he either has a memory problem or that French is his second language.

Outside of Michel Piccoli, in fact, all of the acting performances here are lifeless and bad. The star of Contempt and The Young Girls of Rochefort is still at the top of his craft, and no one de Oliveira casts to work alongside him has any hope of keeping up with the 82-year-old performer. He's marvelous as the self-involved, smug Husson, blindly living in a past that has long since passed him by. Had a better director chosen to make a film about a similar character, leaving Luis Bunuel and Belle de Jour snug in their own DVD case where they belong, it would have been well worth watching. Piccoli is so magnetic, there would be no need to trade on past history; sadly, given the emptiness of this production, just like Husson, the past is all Manoel de Oliveira has.

P.S. to Catherine Deneuve: Smart move to stay away from this junk. 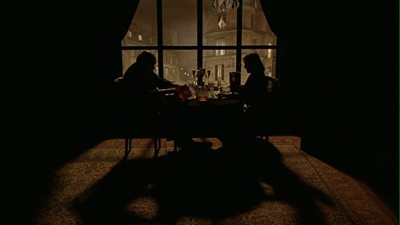 Video:
The 16X9 anamorphic transfer of Belle Toujours is mostly average, but often dips into poor. There is a grain on the image that becomes evident right from the first scene, and the look of the picture is quite often very soft. In darker scenes, you will likely notice some spotting in the background shadows. Also, between minute 55 and the hour mark, there were a couple of times where the subtitles flickered quite a bit, a line running right through the center of them, making them very distracting.

Sound:
The French audio is mixed in basic stereo and is mostly very good. The dialogue is distinct and easy to hear, and the music also sounds lush despite not being a very fancy sound set-up. The optional English subtitles are okay, despite the occasional clunky punctuation. They are a tad bit thin, but I got used to that pretty quick.

Extras:
The most substantial bonus is a collection of interviews with director Manoel de Oliveira (23 minutes) and actors Piccoli (9 minutes), Ogier (5 minutes), and Trepa (2 minutes, 30 seconds). The main topics of discussion are the reasons behind the sequel and the working relationship between Oliveira and his actors, including the long-term collaborations he's had with Piccoli and Ogier.

In addition to the interviews, we also get the theatrical trailer, two more trailers for New Yorker releases, a gallery of on-set photos, and a downloadable pdf of the original press kit for the movie. Finally, inside the case is a paper insert with chapter listings, advertisements for other DVDs, and liner notes by film historian and de Oliveira biographer Randal Johnson.

FINAL THOUGHTS:
Skip It like you would a rock on a lake. Meaning, if the DVD comes into your possession, throw it and see how many times it bounces. If you're going to have the guts to make a sequel to a classic, progressive Luis Bunuel movie, then you'd better have more guts to spare, because a flaccid intellectual exercise like Belles Toujours is not going to cut it. If writer/director Manuel de Oliveira really had some stuff about Bunuel's Belle de Jour to get off his chest, I am sure he could have talked someone into letting him record a commentary for a new DVD edition or something. Outside of Michel Piccoli's fine reprise of his Henri Husson character, there is no reason to even go near this tripe. Just watch Belle de Jour again instead and write your own sequel in your head. 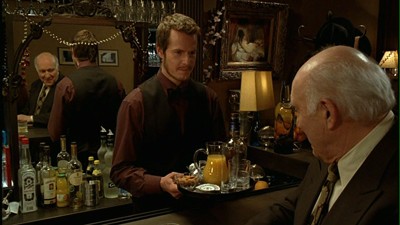