The latest addition to First Run Features and their excellent collection of DEFA-licensed Eastern German films is Konrad Wolf's last project Solo Sunny (1980). Bleak and moody pic transports its audience back to the now defunct GDR, a state slowly disintegrating under the weight of a massive totalitarian monster.

Sunny (Renate Kroessner) is an ambitious but disillusioned singer with an on-the-move East German band called "The Tornados". She sleeps with the band members, sings, and lives by the day, desperately trying to avoid being normal. And most of the time Sunny succeeds. But when an amateur sax player (Alexander Lang) with a degree in philosophy joins the band Sunny's world turns upside down. She begins to desire everything a woman in love needs: attention, trust, and plenty of time with her lover.

Graced by an enormously beautiful soundtrack Solo Sunny lacks the subtle subversive messages detected in earlier Wolf films (Sun Seekers; I Was Nineteen). Here the story revolves around a beautiful woman whose passion to remain independent dislodges her life and career in a dramatic fashion. More or less however Solo Sunny is a film about disillusionment, the desire to live life to the fullest against all odds.

Yet, the discomforting loneliness Wolf's film is saturated with is unexpectedly passive. The numerous shots revealing post-war East Berlin create a sense of melancholy which seems much more important to the story than some of the clichéd lines the main protagonists exchange. It is as if Wolf's main goal was to capture the spirit of a city whose inhabitants had accepted their fate and succumbed to a mechanical existence with a predetermined end.

Sunny's desire to break free of the above mentioned reality is undoubtedly what makes this film a unique viewing experience (one has to remember that this is a socialist film directed by a passionate socialist). Her struggle to remain focused on love while discarding a myriad of moral and collective perceptions about women in the ex-GDR is indeed one of the most paradoxical character transformations I have seen in socialist films as there is something uncannily Western in this painstakingly Eastern European piece of cinema. 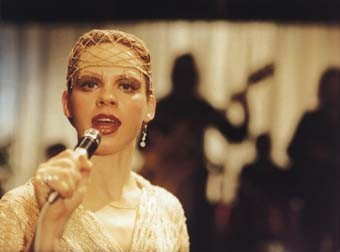 Technically Solo Sunny does not resemble much of Wolf's earlier films. The camera is often left roaming on the streets of East Berlin and as if to match Sunny's moody behavior occasionally glancing at crumbling buildings whose inhabitants are nowhere to be seen. The effect is impressive as it effectively enhances the sense of melancholy noted earlier in this review.

Those of you who have obtained some of the Eastern German films First Run Features have licensed via DEFA (and the University of Massachusetts library) probably already know that a lot of these releases come with an issue or two. This one isn't an exception. Solo Sunny is presented with a non-anamorphic 1.66:1 transfer (actually what we have here is closer to 1.70:1) which shows some notable aging. There are occasional specks and scratches that do not detract from the overall viewing experience but will more than likely be an issue for a selected group of viewers. Contrast is also rather unstable suggesting that the original source for this release was not solid. Indeed, I must conclude that what we have here is at best comparable to an average VHS presentation with all of the technical limitations the format is typically associated with.

Presented with a German DD track and optional English subs the audio presentation is quite similar to the video presentation. Dialog is mostly easy to follow but the music soundtrack is notably uneven. In fact, there seems to be a great deal of low-noise present which I am afraid those of you with high-end setups shall quickly find to be unbearable.

Aside from text-based biographies and filmographies this disc offers a very informative short film titled Konrad Wolf and Solo Sunny which offers a great deal of information pertaining to the Eastern German director and his legacy as well as the enormous success his last film garnered at the Berlin International Film Festival. The documentary is also very informative in terms of explaining how East German cinema evolved, what obstacles East German directors faced while attempting to evade the unprecedented political censorship.

As I have done with past releases First Run Features have brought us via their partnership with DEFA I am going to recommend Solo Sunny based entirely on the strength of the film disregarding the technical description above. The reason for my decision is quite simple: I think that it is very unlikely that better presentations are possible given the market we all share. With other words if you are interested in East German cinema this is probably as good of a chance as you will ever have to add one of the most talked about films from the early 80s to your library.