Zipporah Films // Unrated // Region 0
List Price: $29.95 [Buy now and save at Zipporah]
Review by Chris Neilson | posted July 11, 2008 | E-mail the Author
Regular readers of this site's DVD reviews probably know by now that we're been doing our own mini-retrospective of the works of documentarian Frederick Wiseman here of late. This review marks the thirteenth since May. The titles reviewed have ranged from Wiseman's seminal Titicut Follies (1967) to his most recent State Legislature (2006). We have selected four of these DVDs by Wiseman's independent distribution label Zipporah Films as DVD Talk Collector Series releases, highly recommended three others, and panned none; a record of success unrivaled by any other label based on so few reviews.

Over the course of these thirteen reviews we've covered the bases on Wiseman's biography as a lawyer-turned-filmmaker; the controversy surrounding Titicut Follies; Wiseman's patronage by PBS; the broad themes in his work's focus on public and private institutions; his choice of not providing narration, interviews, intertitles, reenactments, a musical score, or archival footage; the importance of choosing what to film and how to edit it in mediating reality in his films; and, whether or not his rejection of labels applied to his work such as cinéma vérité, direct cinema, and observation cinema is justifiable. Rather than reiterate in detail any of that which has been so recently addressed in other reviews, this review will assume the reader's familiarity with all that either through direct experience with Wiseman's films or from reading one or more of those prior reviews. 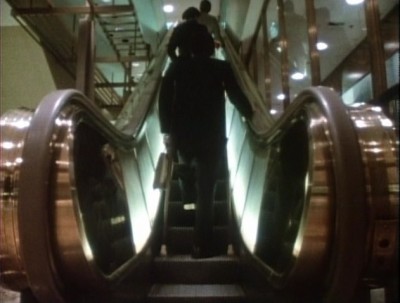 The Film
Completed in 1983, The Store was Frederick Wiseman's fourteenth feature-length documentary, but the first in color. In contrast to the general line of his earlier work which mostly focused on public institutions, The Store was the third film in a row to examine commerce, fashion, and socio-economic class. Set in the Dallas, Texas flagship store and corporate headquarters of the upscale department store chain, Neiman-Marcus, The Store is the most detailed examination of private commerce found in any of Wiseman's 36 films. To paraphrase a Neiman-Marcus executive in the film: if they were doctors they'd heal; if they were mechanics they'd fix; but since they're salespeople they sell. Every person and every activity in the Neiman-Marcus headquarters and in its stores is there to facilitate the next sale, we're told, and, this seems more or less true, though how a man in a giant chicken outfit doing a strip-tease for a secretary in the corporate office furthers the next sale isn't entirely clear.

Though many of Wiseman's films demand extraordinary patience of the viewer, The Store seems to require more than most and offers fewer rewards in exchange. The sales-speak used by management and the sales staff is immediately fascinating, but quickly exhausting. Exclamatory praise of rubies for their power to draw in the light rather than push it away like diamonds, talk of sable as a "Texas fur" because of its luxury or of a skirt being so "important" that it demands a particular top, and long diatribes about style being the "perfection of a point of view" seem so deadening after a few minutes that even Wiseman cannot maintain his interest. The same filmmaker who boldly challenged his viewers to sit through a twenty-four minute desk-bound scene in Welfare in which a welfare recipient unsuccessfully tries to pick up her rent assistance check, shirks away from similarly long scenes in The Store by slicing the scenes up and interspersing them throughout the film. Thus, we return time and again to a man choosing between a $32,000 coat made of red-hair farm sable and a $45,000 coat made of silver-hair wild sable and to a woman with a lot of money and little taste shopping for clothing with two personal sales assistants. 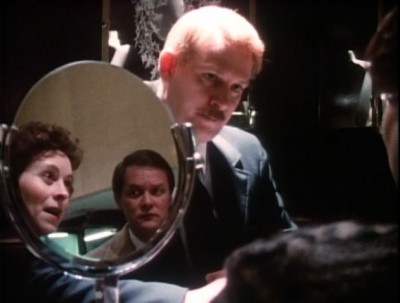 The DVD
The Store is available for purchase directly from Wiseman's film distribution company Zipporah Films. The Store is burned onto a DVD-R, and comes in a standard-sized alpha case with laser-print artwork. There are chapter stops but no scene selection menus.

The Video:
Like nearly all of Wiseman's documentaries, Welfare was substantially funded by PBS for broadcast television. Accordingly, it was shot on 16mm film using a 1.33:1 aspect ratio which is preserved on this release. The colors are muted but this may well be how the film originally looked. There is mild digital artifacts, and occasional dirt on the print, but these blemishes don't diminish the overall effect of this documentary. 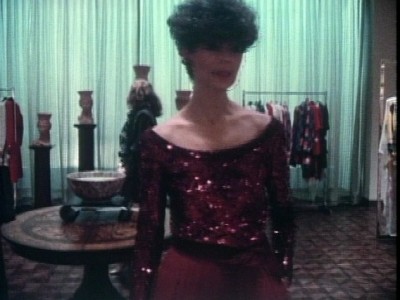 The Audio:
The 2.0 audio track is achieved by sending the original mono recording to the left and right front speakers. While not true stereo, this sounds acceptable with minimal dropouts or distortion. There are no subtitle options on this release.

Final Thoughts:
The Store perhaps works best when considered as a piece in Wiseman's overall exploration of American society. It may even work pretty well as a counterpoint to Welfare or Public Housing, but as a standalone documentary, it's one of Wiseman's lesser films. Rent it, if you can.