Audience Strikes Back, The 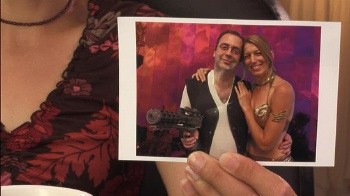 The Movie
In his introduction to The Audience Strikes Back, writer/director Patrick Beacham explains that the film was originally conceived in 1999 as a reaction to the profound disappointment he had with The Phantom Menace, the film George Lucas used to restart the Star Wars franchise. Along the way, another sense of disappointment and outrage stirred in Beacham, this one directed at the George Bush presidency. The director's challenge became combining those two "passions" into one narrative, which seemed like a realistic goal considering the "implied Biblical references" in the Star Wars films. The result is a faux focus group discussion that makes up the bulk of this "pretend" documentary.

The Audience Strikes Back starts in Seattle on May 18, 2005, after the first showing of the last film in the Star Wars series: Revenge of the Sith. Real moviegoers are interviewed along with the eight actors who are "invited" to a roundtable discussion, where they will be filmed for the unseen director's project. The group settles into a conference room, hosted by a mysterious barista (Brittany Quist): "I'm not a character in the film," she notes, adding that her role is to facilitate the conversation. The film is then broken up into 14 segments (inspired by other movies, like "Apocalypse Now") where the "jury" debates the fate of the films and Lucas--with plenty of social issues getting addressed along the way. 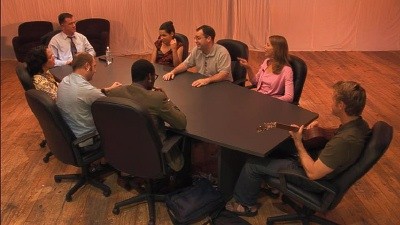 It's an intriguing idea, but even the most ardent Star Wars geeks--as well as political pundits on the far, far left--will have a hard time with the increasingly tedious two hours. And keep in mind that I'm close enough to this film's target audience--I love the Star Wars films, and didn't vote for George W. Bush. Many problems prevent this effort living up to its potential: the characters, the acting, the script, the structure...it all feels like amateur hour at the political stand-up comedy factory. 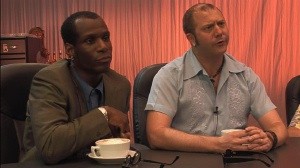 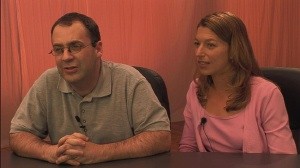 Most of the characters here are annoying, led by couple Lloyd (Dan Heinrich) and Caroline (Danielle Reierson). They like to say each other's names when they talk, and Caroline in particular seems to think she's starring in Grand Hotel:

They think they're being cute and clever, but you'll quickly want to duct tape their mouths (and possibly gouge their eyes out). They are joined by gay couple Don (Mark Boeker) and Andre (Gorneth D'Oyley), a conservative African American; "French" woman Celine (Carol DeSalles), who recently broke up with her boyfriend; Jack Johnson-esque Bill (Michael Smith), a laid-back surfer dude who likes to strum his guitar as he searches for a higher purpose in life; young Jake (Sam Suver), who is sometimes written as a 10-year-old (I initially thought his enthusiastic reading of the line "I love violent video games!" was meant to be sarcastic); and Darth Vader himself, Christian fundamentalist Herb (Andy McCone). 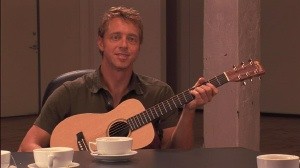 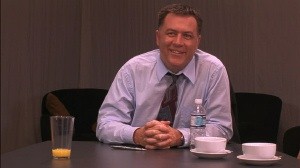 The gang talks about the series and their memories from seeing the original Star Wars for the first time, as tidbits from their personal lives creep into the conversation. Their discussion is frequently halted by "record scratch" moments, like when Herb calls Asian Jake "mellow yellow" or when Lloyd asks Don and Andre: "Why would two gay guys be so interested in Star Wars?!!" Those moments are frequently followed by predictable "statement speeches", setting the stage for the finale. The film turns into a moral debate, with Herb battling everyone else as the script mechanically runs through a checklist of "hot topics" like abortion, gay rights, the Bible and heaven, with Herb's soundbytes apparently stripped from the sensationalistic nightly news: 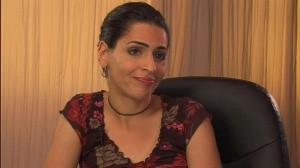 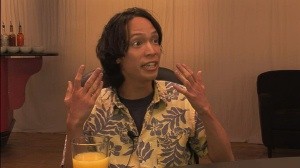 The biggest problem is that none of the points--about Star Wars or on any of the social issues--are anything revelatory. Jar Jar Binks was offensive? Gasp! The political debate is presented with canned ideas that preach to their own sides, points we've heard a million times. There's nothing fresh to the fight, nothing to make you actually think about, explore or question your beliefs--it's too predictable and safe as it tries to incite anger. If you want to experience this film first hand, just round up seven random co-workers from your office in a conference room and ask them about abortion. Sound like fun? That's the kind of dynamic this film creates, and it ain't fun or enlightening--it's just frustrating and self-serving.

There are weak attempts to try and tie those arguments back to Star Wars, with out-of-place lines like "You can't have it like Anakin, be a Jedi Knight and safely flirt with the Dark Side at the same time!" and random transitions: "While we're on the subject, I have a theory about the Bush administration and the environment...it seems to me that the Bush administration doesn't care about the environment!" Good one, Caroline! (And they weren't on the subject...) These attempts fail miserably; it's all too awkward and forced, with no flow or sense of realism. 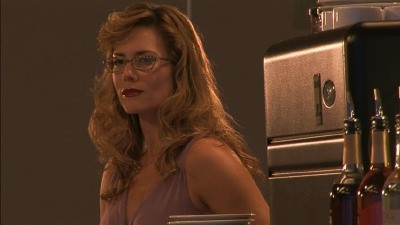 The script takes issue with plenty of other institutions (often playfully) like Microsoft, but its favorite target is the movies--which teach violence to kids and have sucked since the '70s! Yawn! You also get some "revelations" about Lloyd and Caroline's relationship ("You're saying you saw the movie before you saw it at my apartment?!") that are so silly, with one "gasp!" moment handled terribly. Celine also provides an incredibly blasé attitude toward a serious subject that only serves to undermine her opinion ("The next day the crisis was over...poof!").

In a film where you're watching nine people talk in one room, the acting becomes more essential than ever. Without any other distractions or devices, you're forced to rely on the performers' abilities to pull off the material. Considering this script isn't strong, their job becomes harder--and this cast isn't up to the task. The performers fare a little better when given "solos", but when the film tries to create natural interaction, it just comes across scripted. The fights fizzle, leading to an awkward conclusion where we go back to Star Wars.

I share a lot of the same thoughts and beliefs that led Beacham to create this intriguing independent film, but it's just not engaging, original or challenging enough to support the heft it strives for. 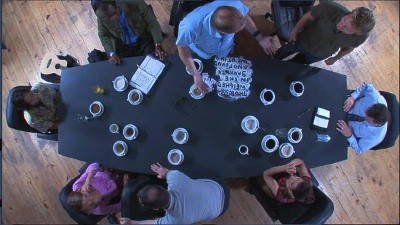 Video:
Presented in an anamorphic 1.78:1 widescreen transfer, this looks strong for a low-budget, direct-to-video independent release. Director of photography Paul W. Gentry notes in the audio commentary that he went for various color schemes as the film progressed, opting for an orange/salmon-like hue that later turns to gray and finally blue, a look achieved by curtains and lights. The image is frequently soft, and no major issues detract from the experience.

Audio:
The 2.0 stereo track isn't anything memorable, which is probably good for a dialogue-focused film. The lines are all clear, with Jose J. Herring's score making itself known at various points.

Up first is a director's intro (6:55) to the movie, which serves as a decent prologue as Patrick Beacham explains his inspirations and goals for the film. He returns with director of photography Paul W. Gentry for an audio commentary. For fans of the film, it's a decent listen, although I have to disagree with the two praising the "cigarette lady" fan in the opening, who I found to be highly annoying and fake. Beacham notes the film is meant to be "Stars Wars meets 12 Angry Men meets My Dinner with Andre" (the film was originally titled My Dinner with Darth Cheney). He also shares that he originally wanted the film to be improvisational, but time constraints forced him to write a script two weeks into rehearsals. Beacham's voice may take some getting used to--he has an odd inflection and tone reminiscent of a news anchorman, and can sound a tad affected.

You also get a blooper reel (5:42) with a brief director's intro. The footage provides a nice happy alternative to all of the seriousness in the film. A deleted scene (2:11) with a director's intro features the barista. "The movie itself has some perhaps preachy moments, certainly in which I express my views on things," Beacham says, adding this scene was perhaps too overt. You also get original concept graphics, two trailers for the film, five trailers for other releases and a CD of the film's original music by Jose J. Herring.

There's also a group of extras that have nothing to do with the film. In the 1980s, Beacham wrote an unpublished novel: The Things That Are Thor's. He created a brief "commercial" (6:10) filmed on 35mm for the book, and also provides and intro to it and a postscript (2:55) where he talks about the design of an airship central to the story.

Final Thoughts:
An interesting idea, this blending of Star Wars themes with social issues that have intensified the Bush presidency is a tedious watch that doesn't present any fresh or challenging views. The faux documentary is a forced fight that's just frustrating, made worse by (at best) average performances. It's like sitting with seven co-workers you've never met to talk about abortion. If that sounds like fun, check it out. Otherwise, Skip It. 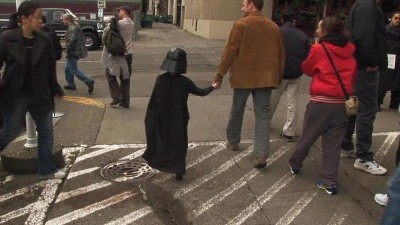