Small Back Room - Criterion Collection, The 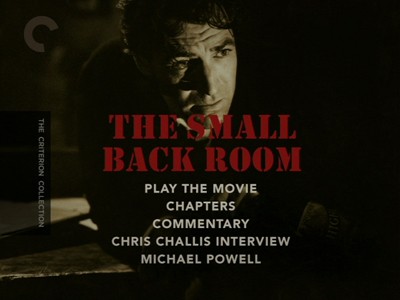 The Small Back Room is a fascinating little film. Adapted from a Nigel Balchin novel by Michael Powell and Emeric Pressburger in 1949, it looks backward at the not-so-distant past when WWII was in full flower. As a movie, it doesn't fit obviously in any one school or genre of film. The closest equivalent would be films about men who do dangerous jobs, like truck drivers who transport dynamite or a disease control hotshot. Except The Small Back Room is more about the man than the job, and the problems he encounters are cerebral, as claustrophobically trapped in the hero's brain as his compatriots are trapped indoors and in darkness hiding out in case of German attack.

The main character in The Small Back Room is Sammy Rice (David Farrar), a research scientist and bomb expert who works in a secret department buried in an unassuming back-alley building. His team looks at weapons being tested by his government, and in the case of the primary concern of his newest assignment, the ones the enemy throws at them. In this instance, he's been approached by an Army officer named Stuart (Michael Gough) regarding a new device that has been turning up around England whenever German planes fly over. It's some kind of bomb that doesn't explode when it hits the ground, but only goes off when it's picked up. So far, it has mainly been found by children, and except for the damage, it leaves little trace of itself behind.

This plot alone would be enough for most movies, but in the case of The Small Back Room, it's really a means to an end. The story is more concerned with Sammy's personal struggles. The researcher has two major dilemmas: he has lost his left foot and must wear a tin replacement that causes him great pain, and he has a drinking problem. Which came first, or whether they are even related, is never revealed. While one might expect the story behind his maladies would be a ticking time bomb of its own, as far as Powell and Pressburger are concerned, that bomb has already gone off, and their film is about Sammy's recovery. 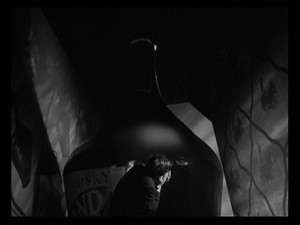 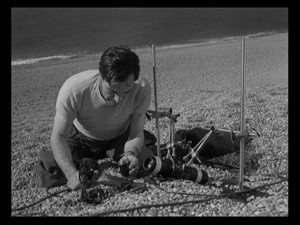 Sammy has a girlfriend named Susan (Kathleen Byron) who also works in his office. She is determined to keep him from feeling sorry for himself and off the bottle, and if she had her way, he'd run his department. These are all thankless tasks. Whatever haunts Sammy has caused him to retreat, and he's more than happy to go along in order to stay behind. Theirs is a troubled relationship, curdled with Sammy's bitterness at most times, but the couple is also capable of great affection. In one scene, their lovemaking borders on scandalous, at least for a 1949 movie, but luckily for the censorship board, a phone call regarding another bomb comes through just in time to stop any sex from happening. It's lucky that same censorship board didn't understand metaphors for sexual tension and repression. Bombs too hot to handle? Detonation delayed?

Powell and Pressburger stage Sammy's battles with the demon alcohol like a horror movie. Shots of the bottle of whiskey he is saving for V-Day are accompanied by Theremin music, and a long night of the soul waiting for Susan turns into a surreal battle of wills. The bottle and the clocks that tick off the agonizingly slow minutes grow to epic proportions, looming over the pitiful man who must resist them. When he does later succumb to the temptation, all such stylistic dressing is dropped in favor of a harsher, more realistic portrayal of the downward spiral. Sammy lumbers around his apartment destroying things. Presaging the Kitchen Sink dramas that would emerge from England in the coming decade, the Archers and director of photography Christopher Challis shoot these scenes in close quarters, practically like a documentary, allowing for a bit of chaos. Shards from broken dishes threaten to fly off of the screen and shower the audience in debris.

In fact, though some might draw more timely comparisons to British noir when discussing The Small Back Room, I think the dark shadows and confined spaces of a country in constant blackout have more in common with the psychological oppression the Kitchen Sink's angry young men felt when life returned back to "normal" when the war was through. Powell and Pressburger see wartime England as a state of being, a crushing existence that needs to be overcome. It's by no small accident that for Sammy to conquer his hang-ups, he has to get out of the cramped London spaces and get out into an open, natural environment where he can think clearly. In what is sure to be the second-most-talked-about section in The Small Back Room, Sammy lays on his stomach on a beach and single-handedly deconstructs one of the mysterious bombs. The secret is that, like him, the problem is two-fold, and one has to get past the most obvious one to find the one that is more troubling, more hidden. Shot with tense precision and an eye for detail, cutting back and forth between Sammy and the nervous Army personnel watching him, the viewer is privy to the step-by-step of the procedure, and with each cut wire, Sammy inches closer to a quiet redemption.

Historically, it's interesting to note that The Small Back Room follows on the heels of the colorful "adult fairy tales" that tend to be considered the signature Archers style. The Small Back Room was their follow-up to The Red Shoes, which the advance scuttlebutt was declaring a flop. Of course, it was anything but a flop, and so we can only wonder what would have happened had their ballet movie blown up in their face like one of Sammy's bombs. Would we have gotten more small pictures from Powell and Pressburger like The Small Back Room? Impossible to say, of course, so let's just be happy we got this one. 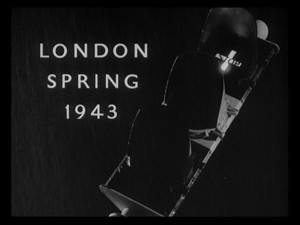 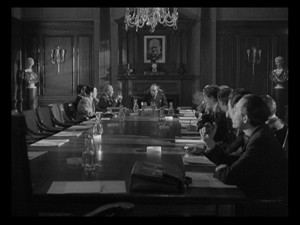 Video:
The Small Back Room is a black-and-white film shown at a fullscreen, 1.33:1 aspect ratio. The newly restored digital transfer is mostly very clean and free of bad edits, though not without its problems. There is a slight tremble in the image near the end, which is only bad for occurring at an important romantic moment. More regular are the lines that appear on the screen intermittently. They are thin vertical lines that go just as quickly as they come, so only mildly noticeable; given the proper state of the rest of the movie, I would hazard a guess that these may represent unfixable damage in the source material.

As you can see from the screengrabs, as with many Criterion discs, this DVD is pictureboxed, meaning that black lines will appear on all four sides of your screen on a widescreen TV.

Sound:
The monaural audio mix is actually quite good and manages to keep the playful atmosphere created by Powell and Pressburger. There are many levels to the dialogue, with words drifting off as background noise overtakes what is being said. Thus, a well-timed drumbeat when Sammy curses at Susan cleverly covers his epithet, while the sound of working men using jackhammers (or are they testing more guns?) overtakes the war council who gets together to argue over their territories in regards to what new weapons will be in the field. Hearing the sound of real work being done makes it all the more obvious how self-important and ineffective this council really is.

Subtitles for the deaf and hearing impaired are also available.

Extras:
The interior booklet for The Small Back Room contains photos, credits for cast and crew, chapter listings, and a new essay on the film by critic Nick James.

Film scholar Charles Barr has recorded a full-length audio commentary for the picture. The editor of Sight & Sound has previously contributed written essays to Criterion DVDs, including The Lady Vanishes and Powell and Pressburger's The 49th Parallel, but I believe this is his first commentary track. His is a comprehensive approach, talking about the background of the movie, including the outside elements that went into the production and reactions to it, as well as dissecting the technique of the movie.

A new interview with d.p. Chris Challis runs about 21 minutes, and it features him discussing how he came to work with Powell and Pressburger, including on The Red Shoes and complete with production paintings from that movie. He also talks about the various challenges of The Small Back Room, and even touches on his later working relationship with Billy Wilder.

Finally, we get more of what has come to be a regular feature on the Powell and Pressburger Criterions: audio files of Michael Powell dictating portions of his autobiography that pertain to The Small Back Room

FINAL THOUGHTS:
The Small Back Room - Criterion Collection is Highly Recommended. This rare retreat into less fantastical territory by Michael Powell and Emeric Pressburger is also a rare treat. The psychological profile of a bomb expert with a bum leg and a drinking problem trying to regain his confidence in WWII-era Great Britain is a compelling behind-closed-doors drama. Featuring a believable romantic subplot and a surprisingly detailed climax involving its hero defusing a mysterious bomb, The Small Back Room runs the gamut of emotions on its way out of its hero's extended lost weekend. Less touted than the Archers' Technicolor flights of fancy, this black-and-white character study should delight the filmmakers' fans like a long sought-after secret that's finally been revealed. 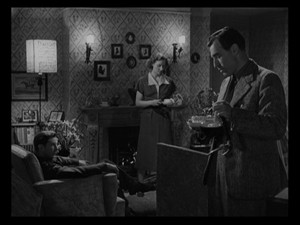 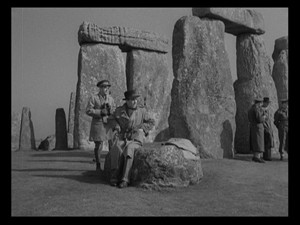