Good Fight: The Abraham Lincoln Brigade in the Spanish Civil War, The

Kino // Unrated // July 29, 2008
List Price: $29.95 [Buy now and save at Amazon]
Review by Chris Neilson | posted August 30, 2008 | E-mail the Author
It's all well and good that the venerable DVD format still provides the opportunity for George Lucas to re-release Star Wars, or Star Wars: A New Hope, or whatever it's called now, for the umpteenth time (coming again on 11/08/08), but I'm most thankful that the 13-year-old format is still prompting studios to search for out-of-print back catalog to re-release. I'm especially gladdened to find that Kino has finally released the superb 1984 documentary The Good Fight: The Abraham Lincoln Brigade in the Spanish Civil War on DVD for the first time.

The documentary presents a simplistic account of the Spanish Civil War from the perspective of the American volunteers who fought on the side of the democratically-elected government. Sticking to the facts as presented by the filmmakers, Spain in 1936 was a turbulent democracy governed by a coalition of leftist political parties. The aristocrats, industrialists, Catholic Church, and military officers feared the growing power of the peasants and unionists. In July of that year, fascist general Francisco Franco launched a coup. Expecting a quick victory, Franco was surprised by the fervent resistance of the working class who managed to hold off the rebels while a proper defense was organized.

Franco was assisted by the fascist governments of Germany and Italy, while the Republic was aided by the USSR and Mexico. The western democracies embargoed both sides. Defying the will of their governments, volunteers from around the world began making their way to Spain to fight against the fascist rebels. In all, nearly 40,000 volunteers from 52 countries, including 3200 Americans, fought for the Republic. The Americans, organized as the Abraham Lincoln Brigade, participated in many bloody battles and ultimately suffered casualties topping 50%. Despite aid from the Soviet Union and the heroic efforts of the foreign volunteers, the Republic was outgunned by the German and Italian-backed rebels. As defeat loomed in the fall of 1938, the Republic sent the volunteers home. Five months later, the last pockets of Republican resistance collapsed. The fascist victory in Spain is widely considered to be the prelude to the wider conflagration in Europe resulting in World War II.

Despite eventually being proven right in their conviction that fascism was a peril that could not be appeased indefinitely, the veterans of the Lincoln Brigade were labeled "premature anti-fascists" by their government, and many were denied jobs and kept on government watch lists throughout the 1940s and 1950s, and then forgotten. Though many countries around the world have since acknowledged the heroism of their citizens who fought for the Republic in the Spanish Civil War, the United States still has not done so. 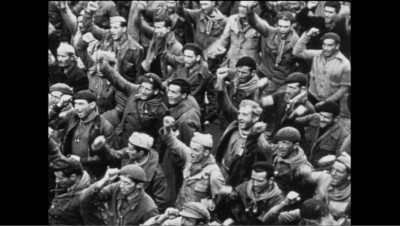 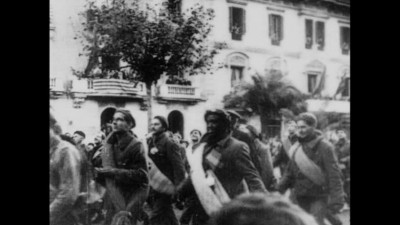 During President Ronald Reagan's first term, American filmmakers Noel Bruckner, Mary Dore and Sam Sills decided to make a film commemorating the heroism of the international volunteers who fought for the Spanish Republic. To bring the film down to a reasonable runtime, the filmmakers restricted the film's focus to the American volunteers who fought in the Lincoln Brigade and left out much of the political wrangling that undermined the Republican war effort. Consequently, one could quibble with the picture that the filmmakers paint. However, the essential story of young men and women courageously risking their lives, against the will of their own government, for a cause they believed in is true, and it's very well told here.

More than forty years after the fall of the Spanish Republic, the filmmakers interviewed eleven American veterans of the Spanish Civil War. The group comprised of men and women, blacks and whites, were from disparate backgrounds but were united in their opposition to fascism. Supported by archival footage, and narration by Studs Terkel, their vivid stories of the hardships faced and the friendships forged are engrossing and moving, and the bawdy songs of the vets cannot be beat. 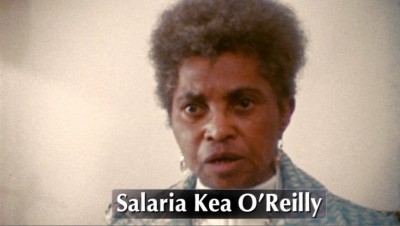 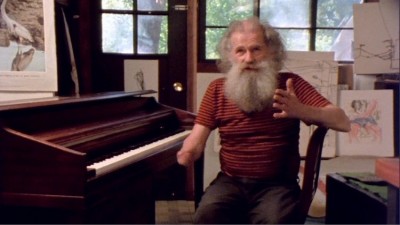 The DVD
Video:
Using the original 35mm source material, Kino has remastered The Good Fight for this DVD release. The 1.85:1 anamorphic image looks very good, despite some signs of age to the source materials. Archival footage and photos are presented in their original aspect ratio which is a welcomed departure from the typical cropping to fit the film's aspect ratio.

Audio:
The two track audio sounds satisfactory with clear dialogue free from distortion or dropout. Audio levels are steady throughout the main feature and the extras.

Extras:
The extras include a 1988 interview with filmmakers Noel Buckner, Mary Dore, and Sam Sills, made for the PBS documentary series P.O.V., in which they discuss the origin of the film, and their efforts not to glamorize warfare but rather to focus on normal people of good conscience under exceptional circumstances. They mention that the first cut looked more broadly at all the international brigades, but that it was an unmanageable six hours.

Also included are eight deleted scenes with Lincoln Brigade vet Bill Bailey. The decision not to include these scenes in the film was well taken as they are not essential to the story, but they're still enjoyable. 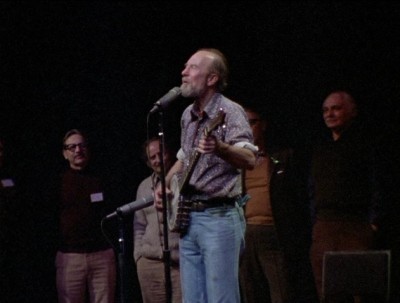 A featurette entitled, Homage with Pete Seeger, has the folksinger performing in concert the ballad La Pasionaria (the passion flower) about Dolores Ibárruri Gómez, a passionate communist leader within the Spanish Republic. Seeger is accompanied on stage by Abraham Lincoln Brigade vets. The featurette also includes images of some of the many monuments to the international brigades around the world including Australia, Canada, England, Germany, Hungary, Holland, Poland, and especially Spain.

The final extra, entitled Commemoration of Those Who Served, is a list of all the Americans known to have served in the Abraham Lincoln Brigade, with a notation of those killed in action. The list is searchable by first letter of last name or can be played through in about 15 minutes.

Final Thoughts:
The Good Fight: The Abraham Lincoln Brigade in the Spanish Civil War is a deeply stirring story of men and women moved to risk their lives to fight against fascism. Despite being labeled unpatriotic by their own government, blackballed for two decades thereafter, and then forgotten, the men and women of the Lincoln Brigade appeared as strong in their convictions in the 1980s as they were in the 1930s. The sad reality is most of the Americans who fought in the Spanish Civil War have died without the recognition they deserved. I'm appreciative that this film, which in some small way tries to correct that injustice, is once again available.