Koch Vision // Unrated // August 5, 2008
List Price: $39.98 [Buy now and save at Amazon]
Review by Cameron McGaughy | posted September 7, 2008 | E-mail the Author
"What is the relationship between destruction and beauty? To answer that question, you would solve one of the greatest mysteries of humankind." - Mr. Meehan 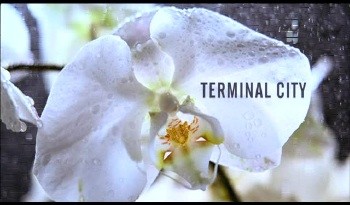 The Series
When I was 10 years old, my mother passed away after a three-year bout with cancer. It's a memory that sometimes becomes emotionally overwhelming when watching similar stories play out in film and television. When I popped in Terminal City--a 10-epsiode series that initially ran on Canadian television in 2005 before hitting American airwaves on Sundance Channel in 2008--I knew the probability for that reaction was high. 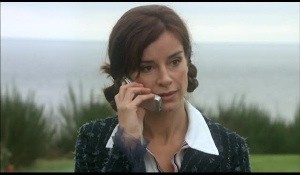 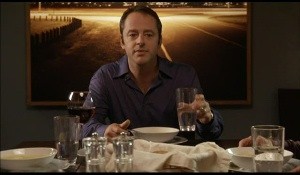 We know right away that something's wrong with Katie, whose refusal to answer phone calls, increasing alcohol consumption and golf obsession catches the attention of her family. She reveals a recent breast cancer diagnosis, and while at the hospital for follow-up exams she accidently stumbles onto the set of Post-Op, a ratings-deficient reality TV show about "real accidents, real life, real injuries" that shoves the pain of patients into Canadian homes. Katie's playful personality, sense of humor and lack of shame (she shows her breast on live TV) catches the attention of producer Jane (Jane McLean), who tasks spacey production assistant Henry (Michael Eklund) and floor manager Frank (Bill Mondy) with tracking down their new star.

Initially hesitant, Katie agrees to take over as host and enlists the help of Jimmy (Jonathon Young), her new oddball sidekick. She renames the program No Show, opting for a talk format where she shares plenty of opinions and secrets that get the viewing public--and her family--talking. With her frank, bold style, she becomes an instant hit as the ratings soar. But as Katie's health and her family's emotional stability suffer, the stakes for everyone involved become life-altering in ways they never anticipated. 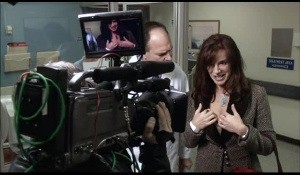 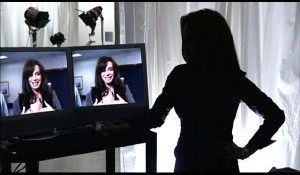 The series plays like Terms of Endearment meets Network, swirled with a slight sense of fantasy (if Pushing Daisies swims in a bizarre sea, this show has just a few drops of the same water). Themes of love and loss fill one half, while the other is constructed as a cynical commentary on the public's morbid curiosity--a desire met through trashy reality television. We've seen both themes dealt with before, but Terminal City provides a unique mix that works despite some flaws.

In the bonus interviews, del Mar notes that it's "probably the more realistic view on a scenario that I've seen yet." I have to disagree; while the emotional core of the series is relatable, the overwhelming identity of the show--and its biggest strength--comes from its highly stylized visuals, its exaggerated sense of reality and its dark yet beautiful fantasy elements (including frequent dream sequences). The production design, art direction and cinematography are stunning, with the camera, lights and sets always used perfectly. The visuals pop, constantly catching your eye. (The DVD package design is fittingly beautiful.)

The performances are strong, but I don't think they're always grounded in reality. Bellows (a tad too slow with his delivery at times) and del Mar frequently communicate with mannered speech, and a lot of the dialogue comes off as stagy and slightly clinical, the performers sometimes coming across as actors and not people. The tempo of the series takes some getting used to--it mines deep emotions, but they are presented with lines, performances and scenarios that aren't always realistic. Many key exchanges can be frustrating, a lot of time wasted on repetitive lines that beat around the bush--especially between Soles/Bellows and del Mar/Bellows. 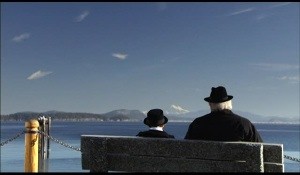 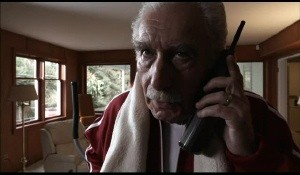 For me, the strongest performances come from Boland and Butcher as the older children. Their story arcs give the show surprising strength, and both of them perform with a depth well beyond their years (I also enjoyed Eklund, who I wish was given more to do). I wasn't as sold on Saul's story line, which felt a little forced, unnecessary and incomplete. I also wasn't keen on a family member introduced later in the season, another performance that felt slightly artificial. As for the finale--it takes a unique approach, one that may not work for everyone. While I felt it was mostly predictable and didn't make the best use of its time, it ends with a fittingly beautiful moment.

Terminal City is an intriguing watch--it just impressed me in a different way than I expected. It's high on style, a visual treat that keeps your attention through every frame. As a mediation on life, death and family, it isn't quite as realistic as it thinks, but still strong enough to pack a punch. 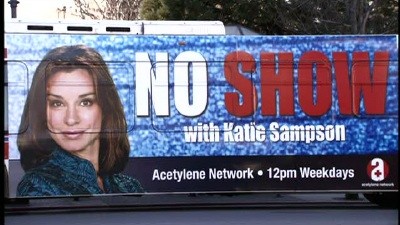 Episode Guide
The 10 episodes (each about 47 minutes long) are presented on three discs: 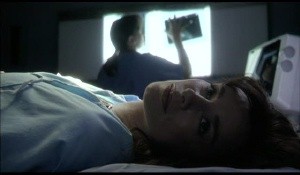 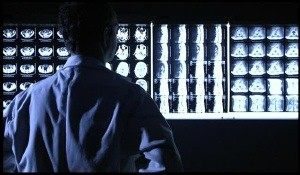 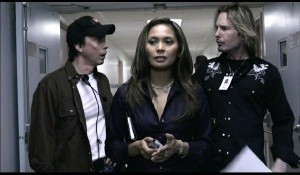 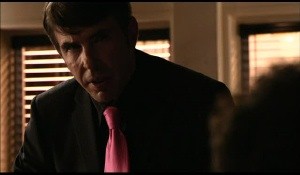 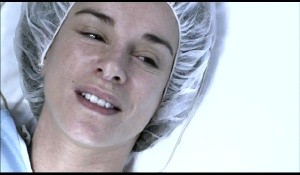 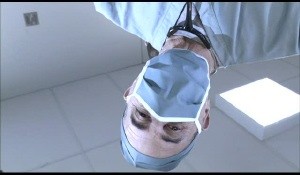 Video:
At first glance, this looks like a solid effort. And if you have a smaller standard TV, you won't have many issues. On bigger sets, the flaws will be a little more apparent. The 1.78:1 transfer is non-anamorphic, and while there are intentional stylistic approaches to the visuals--frequently colorful yet dark, with brown tones alternating with colder blues and grays--you'll notice some grain, and the black levels aren't always balanced well. This is a strong "weak" transfer, if that makes any sense. 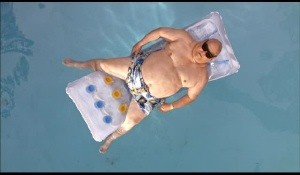 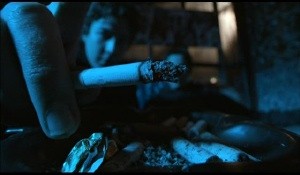 Audio:
The 2.0 surround track is average; some scenes feature lines of dialogue that are too low. You'll also notice a few scenes, especially in the first two episodes, with a mild white-noise, lines that have a slight echo-effect. Overall, it's a decent effort. English subtitles are also available.

Extras:
The only extra is a collection of six interviews (totaling about 45 minutes) with the cast and crew. Series creator/executive producer Angus Fraser is up first, noting "the relationship between cancer and television is a cultural one. I think the two biggest cultural poles in our lives are cancer and television. Terminal City goes to cross those lines." He also touches on his happiness shooting in Victoria instead of over-used Vancouver, the medical accuracy of the show and the notion that it's "very much a Canadian story," adding that he couldn't have done something like this in the States. Also interviewed are actors del Mar, Bellows and McLean; and director Lynne Stopkewich. A lot of the material is unnecessary plot and character musings, and there's virtually no focus on the show's biggest asset, its visual. Production designer Rob Gray provides a little glimpse into his work, but I wish we got a lot more.

Final Thoughts:
A 10-part series that sets a woman's struggle with cancer on a reality TV stage, Terminal City is a unique effort that excels with its visual style. The cinematography, art direction and production design are quirky and beautiful, much like the story. While some of the performances, dialogue and scenarios aren't grounded in reality, the emotional core of the series is still powerful enough to pack a punch. Recommended. 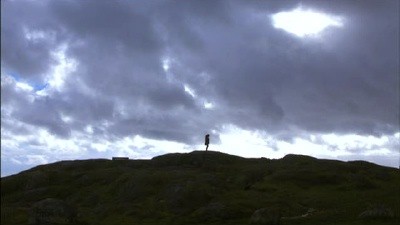