Kraftwerk And The Electronic Revolution 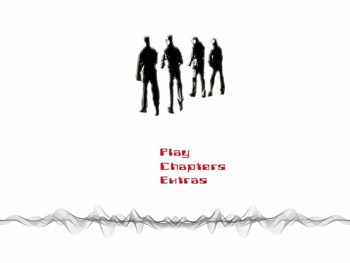 Clocking in at around three hours, Kraftwerk and the Electronic Revolution is probably as comprehensive a history of late 20th-century German experimental music as you're ever likely to need. The fact that the documentary only starts to get to the band that is supposed to be its main focus after almost an hour should tell you something about how gargantuan and glacially paced this movie is. I am holding out for a prequel that takes us back even further to the invention of the light bulb and the piano, because I'm not sure we've yet gotten enough of a foundation for where electronic music comes from.

Yes, I'm being facetious. For fans of krautrock, drone, ambient, and electronic music, Kraftwerk and the Electronic Revolution is a fascinating history of how some of the most influential music of our times emerged from the boredom and hopelessness of 1960s Germany. The filmmakers take the subtitle of their movie very seriously, and they want to crawl back to find the Big Bang of cultural influences that would make something as innovative as Kraftwerk possible. It's not an unimportant question, since the ideas the electronic musical collective would establish in their 1970s output would influence everyone from glam rockers like David Bowie and Brian Eno to early hip-hop pioneers and New Wave bands like Duran Duran, and on into today, where techno and arty experimentalists like Radiohead still borrow from the German group's bag of tricks. Even wuss-rockers Coldplay lifted the hooks for their song "Talk" from "Computer Love," somehow achieving the impossible and proving one could actually be bigger nerds than the pasty originals, Florian Schneider and Ralf Hütter. And that Kraftwerk core duo likes to dress up as robots, so you know they're plenty nerdy.

Kraftwerk and the Electronic Revolution traces the rise of German music back to the influx of British bands that went to the European country to ply their trade in the early 1960s. (The Beatles most famously cut their teeth in Hamburg nightclubs.) At that point, German youth were looking to establish a new identity that embraced the freedom of the West and finally unshackled them from the shame of their country's past--much in the same way Pete Townshend has argued that British rock stood in direct defiance of an older generation in England who were always rubbing past glories in the faces of their children. Though German musicians initially copied their British idols, who themselves were copying African American blues musicians, eventually they would want something that was more in tune with their own experience. As Karl Bartos, one of two former Kraftwerk members to participate in this unauthorized film, put it, they knew they weren't from the Mississippi Delta, so why pretend they were?

From this sprang a free jazz movement and experimental musical groupings that started to look at emergent technology as the key to establishing a national musical identity. Building on ideas put forth by early electronic composer Karlheinz Stockhausen and Pierre Schaeffer, the inventor of an embryonic form of industrial music dubbed "musique concrete," young German musicians embraced rock, improvisation, and primitive synthesizers to seek something rhythmic, escapist, and Teutonic. Out of this came bands like Amon Düül, Tangerine Dream, and Ash Ra Tempel, as well as Kluster, most of whose members--Dieter Moebius, Hans Joachim Rodelius, and Conrad Schnitzler--sit down in front of the cameras to share their stories.

Amidst this, a band called Organisation appeared, and they would eventually become Kraftwerk. Pulling in iconography from Germany's past but pushing ambient rhythm and otherworldly soundscapes toward a more technological future, Kraftwerk created a brand new sound, exemplified by their breakthrough hit "Autobahn" in 1974. By celebrating the great German roadway, they were also celebrating their country's efficiency and proficiency of design, invoking the highway as a musical metaphor leading to whole new areas of sonic liberation. From there, the band continued producing music steadily through the early 1980s, and have intermittently reformed in the decades since for tours, reissues, and even new music.

Purists should get a lot out of Kraftwerk and the Electronic Revolution. The mammoth documentary features lots of old photographs of krautrock bands and rare footage from the different periods of music. In addition to the musicians already mentioned, the film also talks to one-time Kraftwerk member Klaus Röder; Klaus Löhmer, the engineer for their first album; and Wolfgang Siedel and Klaus Schulze, who have played in Tangerine Dream and other bands. They are joined by a slew of journalists and commentators, as well as musician David Ball (Soft Cell) and taste-making DJ Rusty Egan, the man on the decks at the infamous Blitz Club in the early 1980s. They all talk at length about the music and what it meant to them, and just as much focus is spent tracking bands like Tangerine Dream and Can as Kraftwerk themselves.

Unfortunately, it's a lot of talking and it's a little dry. Though there are snippets of music from all the bands examined, including Kraftwerk, they are extremely short. I don't know for sure, but they may be just enough to allow viewers to get a taste of what some of this stuff sounds like while still sneaking in under the limits that fair use laws will allow without paying exorbitant fees. (The back cover loudly declares, "THIS FILM IS NOT AUTHORISED BY KRAFTWERK.") This is probably fine for audience members familiar with the music--and let's be honest, most folks picking up Kraftwerk and the Electronic Revolution probably won't be doing so by some casual accident--but it is a little frustrating to be told about the intricate switch-ups in an epic 20-minute track like "Autobahn" and only hear 30 seconds of it.

The unaccompanied talking heads make Kraftwerk and the Electronic Revolution a bit of an endurance test. Given that this disc is largely being sold as a piece about Kraftwerk, some of the tangents into other bands get a little tiring, too. Likewise, the effect of this "revolution" ends up being a footnote, and the film quickly wraps up once it lands in the 1980s, making cursory mention of the ongoing influence of Kraftwerk, as if the assumption is everyone knows this and it need not be laid out further. It's a big assumption, and indicative of the documentary as a whole. Though full of compelling information, Kraftwerk and the Electronic Revolution is more like a textbook than a compelling movie, which is fine if that's what you're after, but if you're looking for the music itself, it's best to look elsewhere. 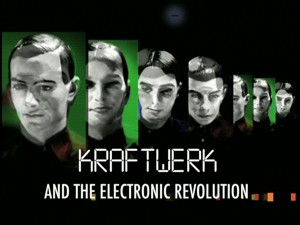 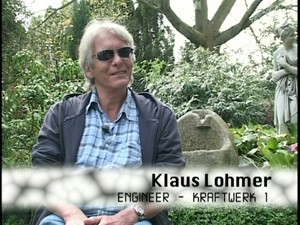 Video:
I am not sure of the origins of Kraftwerk and the Electronic Revolution, but it looks like it was produced for broadcast television, complete with teasers before the opening credits and periodic reminders of the names of participants, like one might find after commercial breaks. The full frame 4:3 image looks fairly good, like it has been ported straight to disc from a new master. It's not a dazzling image, but it's also not dazzling filmmaking, and for the most part, the picture quality is free of problems.

Sound:
There is one audio track, the original soundtrack mixed in stereo. It's a decent mix with an appropriate balance so that the people speaking can be heard clearly.

Extras:
Kraftwerk and the Electronic Revolution is packaged in a standard DVD case and has a flimsy outer slipcover.

There are four bonus features on the DVD:

* "The Dusseldorf Scene vs. the Berlin Scene" (4 minutes, 50 seconds): A short piece taken from the same interviews as the movie that details how the bands and the sounds broke down across the different cities.
* An extended interview with Karl Bartos, who was in the band from the mid-'70s through the early '90s. (10:30)
* Text biographies of the commentators in the movie.
* Two different weblink sections, one about Kraftwerk and one about the DVD.

FINAL THOUGHTS:
Rent It. Those looking for an education about the background of the German electronic movement may find Kraftwerk and the Electronic Revolution essential, but outsiders won't end up feeling like they've been let it. Though long on information and fascinating for those who like to see how art emerges to match the cultural zeitgeist of its time, the documentary is short on music, letting brief clips serve as the only examples of the material being discussed. Given that the film is three-hours long, that's a lot of talking about music but not much of actually hearing the music. Measure your desire for this one based on your pre-existing interest. 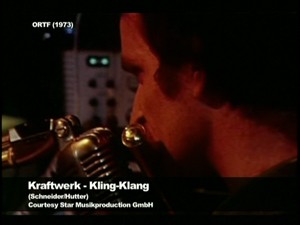 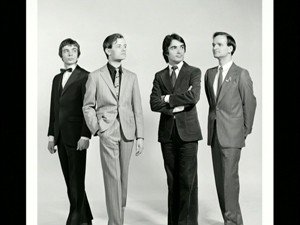