Other // Unrated // September 2, 2008
List Price: $34.98 [Buy now and save at Amazon]
Review by Chris Neilson | posted September 24, 2008 | E-mail the Author
Chris Marker revered the Soviet filmmaker Andrei Tarkovsky (1932-1986), but he was much better friends with the more obscure Alexander Medvedkin (1900-1989). Naturally, therefore, Marker's 1992 two-part French television documentary The Last Bolshevik (Le Tombeau d'Alexandre) about Medvedkin is far more intimate in tone than his 2000 tribute to Tarkovsky, One Day in the Life of Andrei Arsenevitch (Une journée d'Andrei Arsenevitch). In fact, The Last Bolshevik is probably the most intimate film Marker has released to date.

Though Medvedkin had been three years dead when Marker made The Last Bolshevik, his narration addresses Medvedkin directly and familiarly. The two-part film is structured as six audio letters from Marker to Medvedkin punctuated with interviews with Russians who knew Medvedkin or his work. Marker's narration is personal, candid, sometimes unflattering, and often melancholy.

Maker's first encountered Medvedkin through seeing Happiness (Schastye), Medvedkin's silent 1934 masterpiece of surreal tragic-slapstick. Happiness is the story of Khmyr, a Russian farmer buffeted by circumstance. During the last years of Tsarist Russia, Khmyr is a landless peasant at the mercy of an aristocratic landlord, tax collectors, and churchmen. After the revolution, Khmyr has a hard time adapting to the regimented practices of the Soviet kolkhoz (collectivist farm). Medvedkin no doubt imagined that the hasty ending to Happiness in which Khmyr becomes a hero and finds happiness within the kolkhoz would ensure its success with Soviet censors, but the film was nevertheless shelved for its damning gags about collective farming. 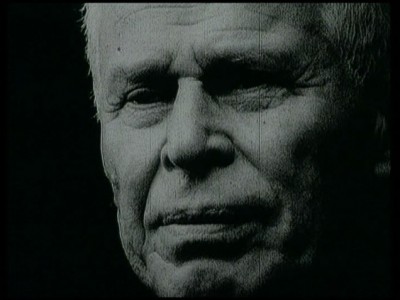 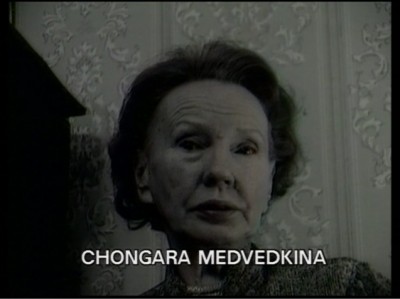 Happiness was not the first Medvedkin film to run afoul of the censors, nor was it the last. Prior to making Happiness, Medvedkin had been the director of Cine-Train, a rolling film studio that crisscrossed the Soviet Union making short documentary films about working conditions. While the films were intended by Medvedkin to highlight best practices and facilitate problem solving, the shorts were frequently considered too critical by censors.

Following Happiness, Medvedkin made several other films all of which ran afoul of censors for being too ideologically ambiguous. For instance, in The New Moscow (Novaya Moskva, 1938), a Chaplinesque gag about a time machine designed to show how Moscow's skyline would look in the future inadvertently runs backwards in time displaying how Moscow appeared during the Tsarist era, before being properly adjusted. Though Medvedkin intended the future to appear glorious by contrast to the past, censors were not happy with the suggestion that the advances of the Soviet State could so easily be reversed, nor were they pleased to have viewers reminded in this manner of the destruction of various cathedrals and Tsarist architecture following the revolution.

Though the ideological ambiguity of Medvedkin's films kept them from being released, his apparently sincere belief in Bolshevism and his naïveté may actually have been the only things that saved him from the fate of other intellectuals who fell afoul of the Stalinist censors. While Medvedkin merely had his films banned, others such as author and screenwriter Isaac Babel (1894-1940) and avant-garde theater director Vsevolod Meyerhold (1874-1940) were executed for similarly questionable work.

Presentation
This two-disc release from Icarus Films is a direct port of the out-of-print 2005 French Arte Vidéo release right down to the menus.

Video:
Shot on analog video (1.33:1), The Last Bolshevik is not visually pleasing. There is no color consistency between the interviews some of which appear completely washed out while others are overly blue. There's a decided lack of detail in the image, and light levels are frequently too low. That said, this release probably looks much as it did on French television sixteen years ago.

Audio:
The Last Bolshevik features optional English or French audio tracks. The 2.0 audio is adequate for this dialogue-driven documentary with consistent audio levels and no noticeable dropouts.

Optional subtitles are not provided on the main feature.

Extras:
Foremost among the numerous extras in this set is Medvedkin's masterpiece Happiness in its entirety, accompanied by the innovative music from Russian composer Modest Mussorgsky (1839-1881). Unfortunately, the image suffers from print damage and interlacing from the PAL-to-NTSC conversion, while the audio suffers from low level noise. Intertitles are in French with optional English translation. 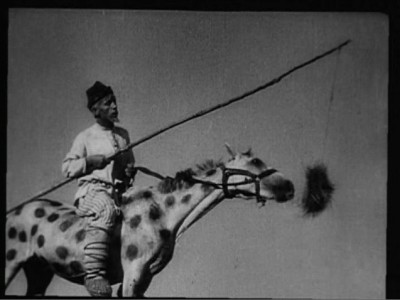 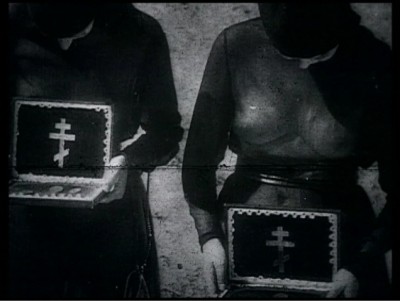 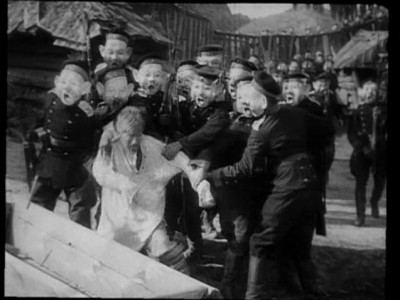 Four silent documentary shorts without musical accompaniment from Cine-Train are also included: For Your Heath (9:24) a detailed hygiene film for soldiers; Journal Nr. 4 (10:40) a propaganda short documenting locomotive repairmen collaborating to stamp out corruption and inefficiency; How Do You Live, Comrade Miner? (9:18) documenting the squalid living conditions of coal miners and their families; and, The Conveyor Belt (11:21) about the need for efficient repair work to maintain coal production.

Medvedkin on the Train consists of 17 minutes of footage of Medvedkin reminiscing about his experiences with Cine-Train. Some of this material is excerpted in The Last Bolshevik and in Marker's 1971 short Le Train en Marche.

An extended interview fragment (6:22) excerpted in the The Last Bolshevik explaining why there is no record of Medvedkin meeting his contemporary, the great Soviet filmmaker Dziga Vertov (Man with a Movie Camera) despite the fact that they lived in the same building.

A fantastic five-and-a-half-minute trailer for Region 2 Arte Vidéo DVD releases that looks to have been made in 2005.

Final Thoughts:
Chris Marker's The Last Bolshevik is filled with bleak observations about Soviet filmmaker Alexander Medvedkin that border on incriminations. His masterpiece, Happiness, demonstrated that Medvedkin was immensely talented, yet he remained an obscure filmmaker because his films were banned for being too ideologically ambiguous. Though Medvedkin increasingly made films intended to obsequiously flatter Stalin despite the horrors he inflicted, Medvedkin was never able to satisfy the censors. In the final analysis, Medvedkin comes off as morally innocent but tragically naïve.

Highly recommended to fans of documentaries or silent films.