Legend of the Crystal Skulls, The 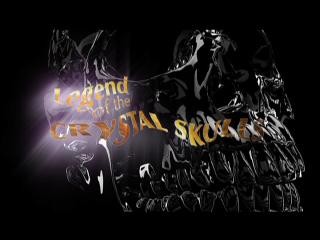 A lot of Indiana Jones fans walked out of the theater holding their heads in their hands, balling their eyes out, screaming, "Why did it have to be aliens, why?!" Although the premise didn't seem to make sense to those that were crying over the death of a well thought out Jones flick, it was actually taken from a real life legend that speaks of thirteen crystal skulls. They were believed to have been a gift for the ancient civilizations in Mexico by beings not of this world, and were rumored to hold special powers that included being able to predict disastrous events. So, if you needed any clarification at all on where the story was plucked from for the fourth Jones adventure, there you have it. If you want the full story, it's now available on DVD as the Smithsonian's The Legend of the Crystal Skulls.

Ancient civilizations are loaded with unrealistic and superstitious folklore that practically ran their lives, but this is a story that truly seems to be farther out there than anything that was conjured up before. The legend is made up of whispers that theorize over the skulls once being given to the lost city of Atlantis, and then eventually ending up in the famous civilizations we can prove actually inhabited the earth. 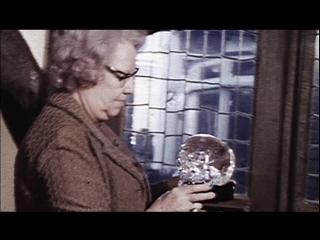 Mitchell Hedges was sort of a real life Indiana Jones. He was an archeologist that believed if you wanted to truly learn the most about ancient artifacts and relics, you had to travel the world, not sit in a library somewhere hiding behind a book. Eventually his daughter happened across a crystal skull, but she agreed with her father to keep it secret, at least for the time being. Their explorations were being funded, and if word of their find reached the person or persons financially backing their work, they'd surely want a pretty hefty cut.

It wasn't until after her father passed away that she decided to reveal to the world the beauty of the crystal skull, which they had named the Skull of Doom. News of the crystal skull made her famous, but was criticized for waiting so long to bring the object into the eyes of the public. Many suspected her story was nothing more than a farce, an overzealous attempt at creating a little fame to live on after her father died. Back then, there was no way to truly disprove the origins of such an item though, so her story continued to flood the media, claiming the skull would start to sweat when a major natural disaster was about to occur.

The madness over the skull didn't end there though. People would come from all over to a crystal convention, just to be able to see and touch the skull. A psychic that was famous for helping the police examined the skull, and described it as sort of being a computer. If you put your hands on top of the skull, it would give information to you that you wanted to know, and it would extract information that it wanted to know.

Other skulls have appeared over time, although they were suspicious because no mention of them ever surfaced until the Mitchell Hedges skull became all the craze. The technology now exists to put these stories to the test however, and this feature will almost definitively answer if these are the genuine article, or just some incredibly fancy knock-offs. 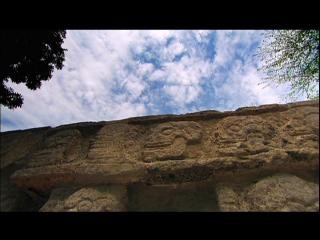 This documentary is about forty six minutes long, and has been pieced together pretty well. I've seen documentaries that stretch on in what would have been an hour and a half time slot for television, or even going on as long as two hours at times. They would drag on forever, and would be incredibly dry. Legend of the Crystal Skulls does a great job at mixing up interviews, beautiful imagery of the skulls in question, old news footage from when the news about the skull broke the scene, and even some re-enactment work. The pacing seems to glide along, keeping the fat off the meat of the subject and always presenting only the most pertinent information. If you're curious to know about the history behind the real life crystal skulls legend, then you're not going to find a much cleaner presentation than what the Smithsonian offers up on this DVD.

Right before the documentary begins, you see the Smithsonian HD logo. I thought that I'd be treated to a low key documentary in an anamorphic transfer for a change. I shouldn't have let those joyous feelings swell inside of me, because it's a non-anamorphic 1.78:1 transfer. I'm really not sure why a company that apparently slaps the 'HD' lettering at the end of its broadcast name, can't get a simple anamorphic transfer right. Want to know the beautiful thing about anamorphic transfers? They'll still appear to be letterboxed on a 4:3 tube set, and they'll fill the screen of a widescreen TV! You can appease both demographics! Does it really require that much more effort, especially if the content in question was apparently filmed in HD?

The picture quality overall isn't bad though for what it is. There isn't any edge enhancement to complain about, and there isn't any noise to complain about as far as the transfer itself goes. The picture is sharp, although at times you can see some interlacing going on, but this isn't something that's going to distract you while watching the DVD. The colors are lush and penetrate nicely, and the blacks are very good, often making the lights that shimmer off of the brightly lit crystal skulls pop off the screen.

There's a choice to hear this in Dolby Digital 5.1, or in a 2.0 track. This is a documentary that was made for the mere purpose of educating anyone who's willing to watch, so all the audio is focused in the front. The only thing the 5.1 track provides over the stereo track is the music lightly playing in your rear speakers. If you normally are accustomed to watching things in surround sound, yet find yourself unable to view this in an environment that has surround channels, you're not going to be missing anything.

Overall everything sounds nice and clean, with no hissing or distortion to complain about at all. The only very minor complaint I have, is that at times the music can be just ever so loud enough to where it distracts me from the dialogue. I wouldn't say it really intrudes on the experience, but it was dangerously close to crossing that threshold from time to time. This is more of a concern with the mix itself though, and not the transfer. 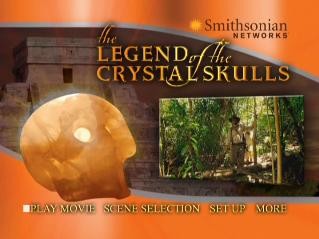 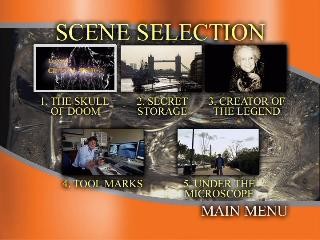 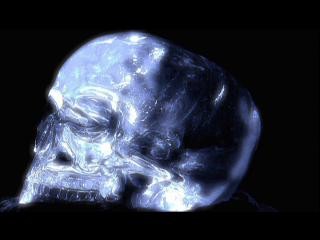 I wish interesting documentaries weren't a product of intentional timing in order to coincide with the popularity of major Hollywood blockbusters, but I guess there needs to be some sort of interest in order to pull enough viewers in, right? Fortunately the Smithsonian Channel didn't rely on its link to the latest Indiana Jones flick in order to get ratings alone, they presented a very interesting legend as well as all the angles around it. It's rather disappointing they went full throttle in delivering a Dolby 5.1 track, but completely left behind an anamorphic transfer for a very nice looking documentary. If you're a history buff, this is a title I would recommend. However, if you're not the kind of person to watch a documentary DVD more than once, there's nothing too extraordinary here that's going to make you want to watch it again.