Dear Zachary: A Letter to a Son About His Father 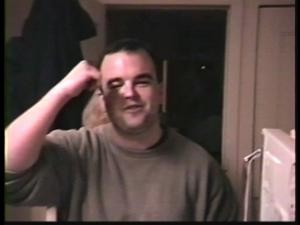 There's not much about Kurt Kuenne's moving and painful documentary Dear Zachary: A Letter to a Son About His Father that wouldn't be better said by watching the film itself. Kuenne, a lifelong friend of Dr. Andrew Bagby, took it upon himself to create a movie reminiscence of the man for Andrew's son after Andrew was brutally murdered in a Pennsylvania park in 2001. He speaks to as many of Andrew's friends and family as he can find, traveling to England, then across America from California up to Canada where Andrew's parents are waging a legal battle against Shirley Turner, the baby's mother -- and Andrew's likely murderer -- for custody of Zachary.

Kate and David Bagby are the focus of the documentary, as they force themselves to associate with the woman who they believe killed their son in order to be with their grandson. Their thoughts on the entire ordeal is the most vital and important thing that Kuenne captures, and their reactions are presented without pretense or sugar-coating. David, for one, does not hold back in his distaste for Shirley, and his raw emotion is captivating. His outbursts are sure to inspire discussion amongst viewers. One of the deleted scenes included on the DVD indicates that Kuenne was afraid that David's rants and outbursts might be too overpowering, perhaps making the Bagbys seem unsympathetic, but I disagree.

Kuenne's editing style is aggressive, repeating lines to drive a point home, cutting the sound out, stopping the picture, and so on and so forth. At first I wasn't sure I found it effective, especially his technique of overlapping dialogue, but as the film progressed I got more and more used to it. More than anything, it seems natural; as a first-time feature filmmaker (the technical credits are decidedly one-note), he's not obsessed with polish or sheen, but more in getting the emotions across to the audience in big, bold strokes. I don't want to make the film sound despairing, because ultimately it isn't, but Kuenne effectively puts you in the shoes of the Bagby's to feel their helplessness when things really take a turn for the worst. 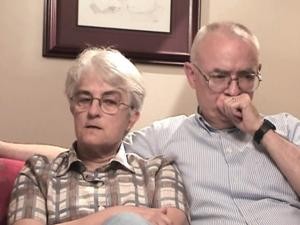 And turn they do, the worst it is. An occurrence late in the film changes the outcome of the custody case, and the documentary takes a shift. (It would be easy to look up what happens on the internet, and anyone familiar with the case will already know, but anyone not already informed should probably see the documentary first.) Some audiences will find parts of the last stretch preachy, but for my money the film keeps an even approach, mainly in being upfront about who Kate and David are, and their reasoning behind their actions. There's no need to twist or alter the facts to make their story more powerful or important, it just is, and their story sees the movie through.

If there's any other minor quibbles I had, it's that, although the focus changes, it could still do more of what it set out to do: tell us about Andrew Bagby. We get a solid picture of him as a friendly, funny guy from almost a hundred of his friends and colleagues (many overwhelmed with sadness), but the focus ends up needing to shift to other topics. Still, when it was over, I'd have been happy to see the 95-minute film run closer to two hours if it meant learning more about Andrew, as I'm sure there's many more topics within the material about the man at the heart of it all that could have been touched on.

Dear Zachary is a story about many things. It's about a man, who nobody else will ever meet but lives on in the minds and memories of those who knew him best. It's about that man's parents, facing a monumentally troubled legal system designed in frustrating and futile ways that might let that one terrible person slip through the cracks. It's about a man's son, a boy unaware of his skewed and twisted future, unlikely to grow up knowing either his mother or his father. And it's about the filmmaker, taking the time, in his own way, to let that boy, and the world know what happened through the eyes of all of these people. It's an amazing and gut-wrenching journey that anyone interested in true crime, documentary filmmaking, the legal system or the resilience of the human spirit should take the time to see immediately. 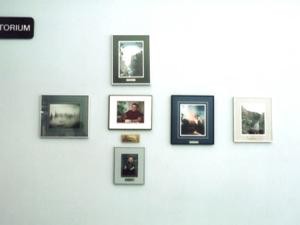 The DVD
The DVD comes in a single-disc case, and features really lame artwork. The front cover is particularly weak, with an image that isn't likely to draw in unassuming viewers, and the back cover is simply boring. The menu uses the wonderful poster art as both a backdrop and as a style for design, and I don't know why the DVD cover couldn't have taken suit. As a side note, the spine says "OSC 3" at the top, suggesting that Oscilloscope releases are numbered, for those interested.

The Video and the Audio
Dear Zachary is culled from a number of places, including 16mm, home movies, photographs, and digital video. There's not much to say about either the full-frame presentation or the 2.0 audio. They accurately represent the source material, and are visually and audibly clear. English subtitles are provided, although there are two subtitle tracks on this DVD, one of which appears to do nothing. Additionally, there are sections of the film where yellow subtitles have been hardcoded onto the video to make sure hard-to-understand portions are made clear to the audience. 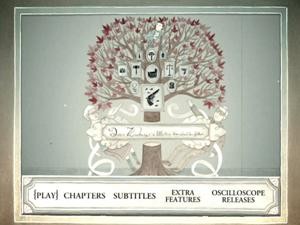 The Extras
The packaging describes the extra features fairly vaguely, but it's basically a small collection of bonus footage. Five additional scenes (10:08) are up first, and while I'm all for being brutal during the editing process, four out of these five scenes contribute enough that I'd have left them in the final cut. Three home videos of Andrew and Zachary, (13:16, 8:34 and 2:16, respectively) are also included, which are all shown in part during the feature film. Lastly, an extensive list of links and documents are included for those with DVD-ROM.

A gallery of Oscilloscope releases rounds out the DVD, including trailer for Gunnin' For That #1 Spot, Flow, Wendy and Lucy and Frontrunners. The theatrical trailer for Dear Zachary is also tucked away in this section.

Conclusion
Dear Zachary is one of the best films of 2008, but the DVD is a little sparse. The documentary itself comes highly recommended, but seeing it by any means -- renting it, On Demand or otherwise -- is the highest priority.