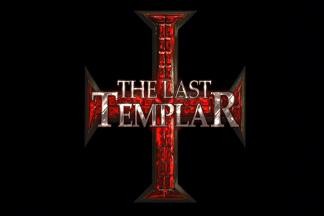 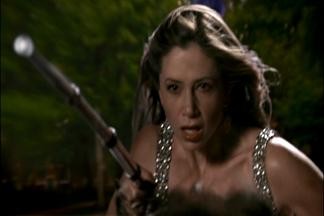 The Last Templar is a recent television miniseries repurposed by RHI Entertainment as a 170 minute film for home video release, conspicuously around the time of the theatrical run of Angels and Demons, which shares more than a passing thematic resemblance. The back cover art says that it's based upon a bestseller by Raymond Khoury.

Whether or not you enjoy this film will likely depend upon whether you can accept a 40+ Mira Sorvino as a wisecracking action heroine. Now, I'm a fan of Sorvino. She was great in Woody Allen's Mighty Aphrodite, for which she won an Oscar, and she was engaging in the underrated sci-fi horror flick Mimic. The Last Templar, however, has her character in situations that really stretch believability - even by the dubious standards of made-for-television fare. Watching her karate chop three street thugs to submission or jousting a knight on horseback while wearing high heels and a cocktail dress (more on this ridiculousness in a bit) just sort of imploded the movie for me. This exercise in cheese leads one to wonder if her career is on the decline.

In any case, Sorvino plays Tess, the daughter of an archeologist who exists in a dream world, in this miniseries. She's a single mother who lives with her daughter in an "apartment of the gods" in downtown New York City. She has a footwear fetish, she can speak Latin and Turkish (both of which are convenient for the plot), and she has a friend(?) named Clive who's totally supportive of her. These things are put to the test right away. At a gala showing Christian artifacts, a band of four horse-riding thugs dressed up as Knights Templar stride up to the museum and slay a guardsman. They then proceed to trash the place, stealing several artifacts including a cross that Tess's father helped discover as well as the mayor's wife(!). After this big scene, they make their getaway - on horseback - in downtown New York. Yep, this is the masterplan that sets the miniseries's plot in motion.

Not to be outdone, Tess steals a police horse and gives chase, with a crozier in hand to do battle - which she does, successfully, in the first of many dumb action scenes (this particular one I referenced a couple paragraphs ago). Tess's shenanigans draw the ire of FBI agent and, of course, love interest Sean (Scott Foley). The two of them continue to cross paths and exchange dimwitted sexually-tense banter that will have you longing for the interplay between Brennan and Booth in the television program Bones, which seems positively Shakespearean in comparison.

To fill out the three hours of this program, there are a number of murders, some intrigue, and eventually, a trip out to Turkey. Hollywood mainstays like Kenneth Welsh and Omar Sharif show up from time to time to pick up a paycheck. There's also some really bad dialogue. The worst is in a scene where Tess is torn between taking off to Turkey for her archaeology and staying at her enormous downtown library / apartment in New York City with her young daughter. Kim, played by Rebecca Windheim of Black Swarm, has to utter out a banal mini-speech (gee, thanks, screenwriter Suzanne Couture) to her mother about pursuing dreams that's nearly vomit-inducing.

It may seem like I'm complaining about this movie a lot - and there's a lot to complain about. Still, I'm going with a Rent It recommendation for those curious about this miniseries. At least it moves at a brisk pace and has a number of recognizable faces. Still, while unrated, I can't imagine there's anything in this cut that wouldn't be in a television airing - and I'm sure a production like this would get additional showings on some obscure cable channel somewhere. 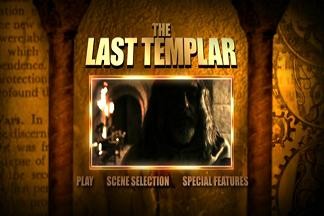 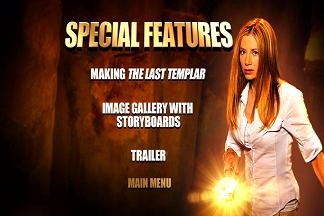 RHI Entertainment gives The Last Templar an anamorphic widescreen presentation that they claim "preserve[s] the aspect ratio of its original television exhibition." The image looks pretty good overall, with strong colors and details. Sequences involving the Knights Templar are predictably grainy to denote that they're flashback sequences.

The lone audio track is an English language Dolby Digital 5.1 affair. It's efficient at presenting dialogue, sound effects, and the score - all mixed fairly evenly. There don't appear to be any subtitle options.

Trailers for the much headier Crossing Over and The Reader precede the main menu. They're not accessible via the menu system, but a Trailer link provides access to a trailer for The Last Templar.

Two extras specific to the miniseries are also present. Making the Last Templar (21:12) feels more promotional than informational at times. It isn't anamorphic. An image gallery, additionally, allows you to click through a series of stills and storyboards.

I'm not sure what The Last Templar has to say about the trajectory of Oscar winner Mira Sorvino's career. It's a pretty dumb television miniseries repurposed as a 170 minute film that's surely meant to capitalize on the popular Da Vinci Code and Angels and Demons. Go in with low expectations and at least this breezy action diversion will meet them. Rent it.