Land of the Lost: Complete Series 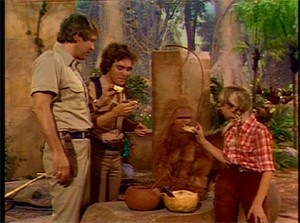 If you're anything like me then it's safe to say when many of you heard about a Land of the Lost film you got excited. I know I was jazzed, at least until I found out Ferrell was involved in it, but regardless there's no denying how popular Land of the Lost really is. For a show that came out in the 70's it's impressive that it still maintains a cult following, and thanks to DVD it has picked up many new audience members. Chances are very good that if you ever were a fan of the world of Sid and Mary Kroft, then you already have the show in your collection. However, if you held off there's a new set out that may tempt you enough to bite.

Presented in a retro designed tin lunch pail, the new Land of the Lost Complete Series collection brings together all three seasons of the show and not much else unfortunately. Yes, you do get all 43 episodes with this Universal Studios release, but all of the bonus features from the Rhino release from a few years back are completely absent. That means if you're looking to double dip there's absolutely no point, unless you want the cool lunchbox which is an authentic replica of the one that was available way back when. Aside from that, you can more or less chalk this release up to a marketing tie-in with the film, though that's not necessarily a bad thing. This was a great show and it's still entertaining more than thirty years later. With that in mind let's get on with it, shall we? 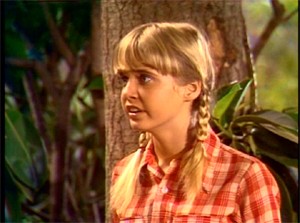 Land of the Lost hit the airwaves in 1974 and became an instant television staple for kids looking for something fun to watch. The premise of the series was quite original for its time and in many ways it was a science fiction, time traveling version of Swiss Family Robinson. Each week we'd join the Marshall family as they fought to survive the harsh lands, evaded dinosaurs, and tried to make a living for themselves. There was a certain educational aspect to the series, and though it was overplayed sometimes, it was a powerful force within the show. Land of the Lost also had an incredible amount of energy and entertainment value that overcame its shortcomings, such as horrible acting and bad special effects. After revisiting the show it's easy to see why it didn't last more than three seasons, but it's also clear why the show is held in high regard by so many. It's simply a classic no matter how you slice it and in many ways the good outweighs the bad.

In case you're unfamiliar with the premise of the show, Land of the Lost follows the exploits of archeologist Rick Marshall (Spencer Milligan) and his two children, Will (Wesley Eure) and Holly (Kathy Coleman). As the story goes, Rick and company were out on an expedition and were traveling by raft. Things were fine until an earthquake split their path and sent them careening towards the center of the Earth. Rather than hit rock bottom, they actually managed to go through a dimensional portal of sorts. It transported them to a mysterious land where dinosaurs roamed, monkey men played, lizard-men menaced, and random visitors popped in unannounced and for no conceivable reason. At first it appears as though they traveled back in time, but soon enough we learn that's not the case. Instead they landed in a land of lost things where getting home is never as easy as it seems. 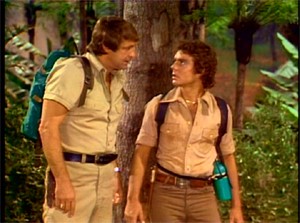 The first season opens up with this introduction and soon enough the series has its formula well underway. In the opening episodes the Marshall family tangles with a T-rex named Grumpy, befriends a Pakuni (primitive monkey-man) named Cha-ka, and realizes that the Sleestaks are not to be messed with. All in all the first season of the show is a worthwhile outing that had a somewhat rocky start, but eventually got much better. Each episode brought a new character (such as Enik and a few other wayward humans) into the fold and in each adventure the Marshalls took one step closer to being home, only find that they were two steps back. Once the show gets some steam there are some outstanding episodes in the first season such as "The Stranger", "The Hole", "Elsewhen", and "Circle".

At the end of the first season it's revealed that Rick, Will, and Holly are caught in a time paradox of sorts, and escape is virtually impossible. With that in mind, when the second season picked up the Marshalls are considerably more comfortable in the Land of the Lost. At this point it is also worth mentioning that it feels like the writers weren't quite prepared for a second season. The show meanders about for quite some time and many of this season's 13 episodes are quite repetitive. There are some decent points worth mentioning such as "The Zarn", which features some aliens, "Gravity Storm", which features some interesting gravity fluctuations in the Mist Marsh, and the season finale "Blackout" in which the Sleestaks literally shut the lights out. At this point the show still churned out some entertainment value, but it's safe to say that the spark found in the first season was virtually non-existent.

The downward trend continued into the third season, which saw something of a cast change. Spencer Milligan more or less left the show, so the character of Rick was written off as being sent back home. Unfortunately this left Holly and Will to fend for themselves, but along comes their uncle Jack (Ron Harper) and the show is presented with a trio of adventurers yet again. This shakeup in cast doesn't necessarily hurt the show, but I will say that Ron doesn't bring a lot of energy to the role. Even so, it's an acceptable shift and the show doesn't really skip a beat. Sadly it continues the meandering downward trend of 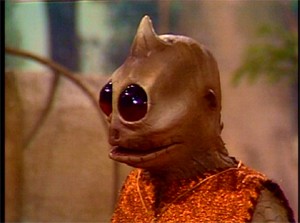 the prior season and some of these episodes are just too messed up, boring, or stereotypical for their own good.

Despite the loss of quality over the years, Land of the Lost was still quite a bit of fun. Sure you have to approach each episode with the understanding that this was a poorly acted, low budget kid's show from the 70's, but if you can get by that you will be wildly entertained at times. Over the course of the three seasons and 43 episodes you certainly do have to pick and choose what you watch, but I must say that there is definitely more good here than bad. If you were ever a fan of the show and you missed out on the Rhino release, this collector's lunchbox set is a good bet. If you have never seen the show, you may want to find individual episodes to watch first before biting the bullet and picking up the set. It's definitely a classic and it's quite endearing, but it's not for everyone.

Land of the Lost is presented on DVD with its original 1.33:1 aspect ratio. To say the show doesn't look as sharp as it could is an understatement, but it definitely could look worse. The picture is extremely soft, grainy, faded, and washed out in parts. Thankfully there wasn't much damage on the original source material, but the transfer here looks like it was pulled from tapes of the show. Very little if any clean up was done to restore the picture and because of that it looks extremely dated. If you were looking for an upgrade to the original Rhino transfer I'm sorry to burst your bubble, but there are no improvements here.

The sound quality in Land of the Lost is fairly comparable to the video presentation. That means you can expect the mono track to be suitable for the material, but it's far from perfect. The music, sound effects, and dialogue all come across as being very flat and muted. These recordings weren't exactly captured with state of the art technology, but time hasn't done the show any favors. Some bits are muddled and hard to hear, and others have some background hiss. The sound on these DVDs gets the job done, but that's about it.

While the original Rhino release was loaded with extra features, this one is rather scant by comparison. The aforementioned tin packaging is pretty sweet and is a perfect collector's item for any fan. Attached to the lunchbox is a movie money ticket for the 2009 flick, so you can expect to save $7.50 off the price of admission.

The only feature you're going to find on the discs is an inclusion on the last disc of the set, which is billed as a sneak peak of the film. Thankfully the featurette is more of a retrospective on the show and its creation, rather than an all-out look at the new movie by director Brad Silberling. In this feature Silberling sits down with Sid and Marty Krofft to discuss the series and fires away some questions about the origins of the concept, the Sleestak, and how things evolved. It's an interesting enough feature that clocks in at just about nine minutes. 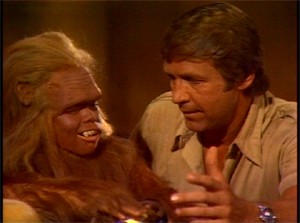 Land of the Lost The Complete Series Limited Edition is a fun trip back in time with the Marshall family. In so many ways the show felt inspired and it's safe to say that it sparked the imaginations of a generation despite the fact that it was only on for three seasons. As original and entertaining as the show was, it wasn't perfect. The special effects were generally very poor and the acting could be downright painful to sit through at times. Some episodes are definitely better than others and the show waned in quality as it went on, but regardless of those facts Land of the Lost is still a classic. It's an adventure of epic proportions and anyone with a sense of nostalgia towards the show should definitely pick this set up if you don't already own the Rhino collection. There's no reason double-dip, though the packaging for this collection is pretty cool! Recommended