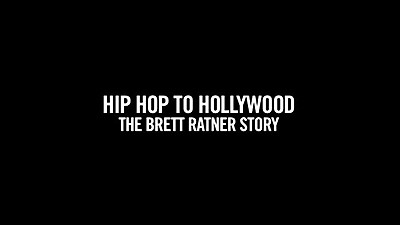 
The Story So Far...
A while back, the now-seemingly-defunct Palm Pictures had the bright idea to put together DVDs of the short-form work of innovative and creative music-video directors, releasing an opening salvo consisting of discs dedicated to artists including Spike Jonze, Chris Cunningham and Michel Gondry. It was a huge treat for fans of their work, or just fans of cool music videos. The second wave was a bit disappointing, with the genius of Mark Romanek paired with a few Euro-centric discs from Anton Corbijn and Stephane Sednaoui, and the questionable inclusion of Jonathan Glazer. There were plans to continue the series with even more lesser-known directors, including Jonas Akerlund and Roman Coppola, but it's been a few years of silence, unfortunately, and we still don't have a David Fincher disc to enjoy. But we do have The Shooter Series now, a hip-hop take on the Directors Label concept. DVDTalk received the second volume, focusing on F. Gary Gray, first, and has a review available here.

The Presentation
After watching this DVD, I'm convinced that Brett Ratner is the Forrest Gump of entertainment, if Gump had an insane work ethic and the spirit of a hustler. It would be shocking if anyone's had the life he's lived, meeting celebrities at an early age, showing incredible desire to succeed and building relationships that would serve him well on his climb to the top. Though he's had some good luck thanks to his family's position in Miami society, he's put himself in a position to succeed,and considering how frequently his name ends up on our screens, succeed he certainly has. And it all started with his music videos, as he grew from Def Jam's go-to guy to Mariah Carey's personal hitmaker.

The story of how he went from riches to rags and back again is told in "Hip Hop to Hollywood: The Brett Ratner Story," an effective 33-minute biography of the man, told through interviews with his friends, employers, colleagues and himself. A consistent picture emerges from these sit-downs, and that's of a guy who refuses to accept "No" for an answer, a guy who grabs onto opportunities like a dog with a bone, and a guy who always seems to be swimming in women. When a guy seems to have been blessed the way Ratner has, it's easy to hold his success against him, especially when his success comes from films aimed firmly at the mainstream. But when you have film people like Robert Evans, Bob Shaye and Quentin Tarantino praising you, the criticism must be a bit easier to handle. 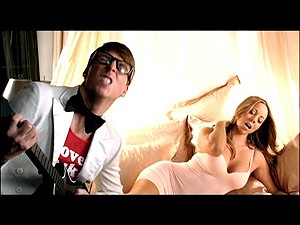 The DVD isn't really focused on Ratner's film career though, as it's compromised mainly of the work that made him a big name, which was his career in music video. The set includes a mix of his early work, like his clips for Public Enemy, LL Cool J and Jodeci, along with the peak of his video career, where he worked with, among others, Madonna, Mariah Carey and Wu-Tang Clan, as well as his post-film assignments, like his videos with P. Diddy and Jessica Simpson. Looking at the list of artists he collaborates with, aside from the hip-hop flavor he's long favored, it's obvious he can work with just about anyone in just about any style, a trait that's carried over into his film career. Just compare the recreation of Soul Train he did for Lionel Richie's "Don't Want to Lose You" to the spartan take on D'Angelo's "Lady" or to the bombastic (and cliched hip-hop treatment) of P. Diddy's "Diddy." None of them are similar to the others in any way, musically or visually.

That's not to say Ratner's purely a chameleon, as there's a definite style that shines through in his videos, a three-part tool box brought to the set. The first key is the delivery of a story, which often kicks off with some dialogue early. Even when the story's not that deep, like Mary J. Blige's performance-focused "Natural Woman," it's still there to give the video some framework. This is especially true when he does videos for film soundtracks, of which there are three here. Going along with the story is a sense of humor, which is oft present, and is at times the dominant theme, like in Heavy D's "Nuttin' But Love," featuring Chris Tucker, and the starring role for Jack McBrayer (30 Rock) in Carey's silly video for her very sexy "Touch My Body." That's not to say that there's not a serious side to him (a side seen mostly in his hip-hop videos) but a Ratner video tends to be more about fun and energy.

The third, near-constant aspect of a Brett Ratner video has to be beautiful women, as he simply knows how to make a good-looking girl look great. "Nuttin' But Love" may feature the most gorgeous collection of women ever in a music video (the girl with the afro-puffs remains a crush target to this day) while the Mariah Carey videos are the best she's ever looked (which is truly saying something.) Meanwhile, he managed to make Madonna look good in "Beautiful Stranger" and took Jessica Simpson, who I honestly think looks a bit bizarre facially, and made her into a stunning pin-up by getting her into a pink string bikini and having her wash the General Lee in her Dukes of Hazzard tie-in. Voodoo, magic, special effects...it doesn't matter. He's a friend to all admirers of the female form. 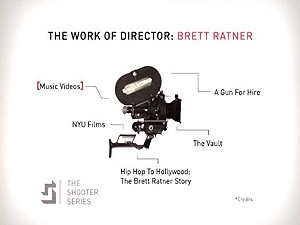 The DVD
A one-disc release, packed with a booklet in a standard keepcase (that's wrapped in an embossed, foil-printed slipcover), this DVD features very well-done animated full-frame menus, with options to play the videos, select additional content and check out extras. There are no audio options, nor are there subtitles or closed captioning.

The Quality
The video presentation is somewhat of a let-down, as everything outside of the profile is delivered in full-screen, with letterboxing on the widescreen videos. The color and fine detail look good overall, but occasionally there's some blurring and softness, as well as some digital artifacts if you are looking for them. Oddly, one of the more recent videos, the Jessica Simpson one, shows more problems than most.

The audio isn't going to impress many with its Dolby Digital 2.0 tracks, but that's just how people heard them originally. It's a simple presentation, with center-balanced mixes that keep the two channels sounding the same.

The Extras
The biggest extra included is the set of audio commentaries from Ratner, with one track for every video. Though they do have pockets of dead air throughout, the director offers a good deal of info about how he got involved with the artists and how the videos came together. Ratner is pretty open about how he feels about his own work, freely criticizing them when he feels he needs to, and doesn't mind talking about his collaborators either, like this stories from the set of "Beautiful Stranger," which makes for some solid tracks.

Four of the silent films Ratner directed at NYU are included here, though his most notable NYU movie, "Whatever Happened to Mason Reese?" isn't included due to rights costs (it's available on the Rush Hour DVD.) These are rather rough, and look like student work (particularly that of the '80s) but it's interesting to see where he came from, and it's a chance to see very early work by Gayheart. There's also a selection of 13 commercials/PSAs, grouped together under the title "A Gun for Hire." There's a good deal of variety in here, in terms of the age of the material and the content, as it shows off his early work, including a PSAs for the International Center for the Deaf (again featuring Gayheart) and Public Enemy, and his higher profile spots, like his "Guitar Hero" ads that were spoofs of Risky Business. Whether they are very good is another story, but, as stated before, he certainly knows how to spotlight a beautiful woman.

Another section, "The Vault" delivers four more "found" pieces that are of varying levels of interest. "Home Movies," which are literally silent films of him as a small child (under three minutes long), mainly show that he's been the center of attention for a long time. Beard by Ratner really could go in the NYU section, as he shot it at that time. Again, under three minutes long, it's an on-the-set look at a photo shoot by photographer Peter Beard, set to The Rolling Stones' "Some Girls," also again showing how effective Ratner is at shooting a pretty face. That he managed to shoot what he did as a college student, in a studio filled with barely-dressed models, is impressive in itself.

"Meet Mickey Rourke" is a touch longer, at just over four minutes, and shows Rourke, a family friend, in the early '90s as he prepared to become a boxer. Partnering with legendary documentarian Albert Maysles, who edited and produced the piece, he's put out a pretty impressive little profile. If Ratner ever really craves universal respect, this may be the direction he wants to go in. "The Vault" is closed out by a 31-minute interview on The Charlie Rose Show, to promote Rush Hour 2. Watching him chat with Rose, in combination with the other material on this disc, could possibly make you a fan of his, if you aren't already, as he comes off as a decent guy who loves film.

Also in the package is a 32-page two-sided booklet, with two sides, "Hip Hop to Hollywood: The Brett Ratner Story" and "Brett Ratner: Portraiture." Printed on heavy stock paper, the booklet has a profile of Ratner written by L.A. Weekly writer Scott Foundas, accentuated by photos and memorabilia from his life, as well as a selection of celebrity photos taken by Ratner, including Al Pacino, Kirk Douglas, Edward Norton and Roman Polanski. Both halves are very interesting, as his photos are excellent, and the profile and accompanying images get you that much closer to him.

On the Hunt...
There's at least one Easter Egg included, with some of the first footage Ratner ever shot, and it's not too hard to find. 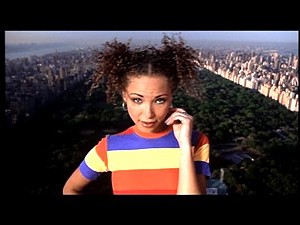 The Bottom Line
Respect may not flow freely for Brett Ratner in the world of cinema, thanks in part to some of the project choices he's made, but there's no denying he's been behind the camera for several crowd-pleasing movies, and, as this set shows, he's damn good at creating music videos as well. This DVD looks and sounds nice, and has a bundle of bonus content, helping make the case for him as a filmmaker who puts real effort into his films and who's admired by many of his peers. It also makes the case that the Shooter Series is at least a fine successor to the Directors Label, as long as the music is your cup of tea, of course.