Other // Unrated // November 15, 2005 // Region 0
List Price: $19.99 [Buy now and save at Amazon]
Review by Patrick McCart | posted October 11, 2009 | E-mail the Author
Starting in 1946, The Modern Jazz Quartet has existed as a great, but perhaps obscure group compared to luminaries such as Duke Ellington (with whom they once worked with), Cab Calloway, Oscar Peterson, and Miles Davis, They would perform their own original works, along with "covers" of other existing works.

The Quartet as captured in this 1987 35th Anniversary concert consists of the following: John Lewis on piano, Milt Jackson on vibraphone, Percy Heath on bass, and Connie Kay on drums. Taped as a live performance at the Zelt-Musik-Festival in Freiburg, Germany, it's a great capture of seasoned musiciains. 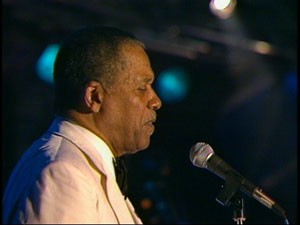 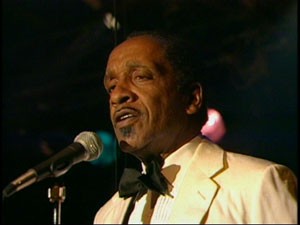 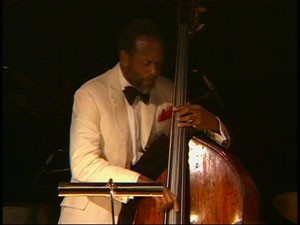 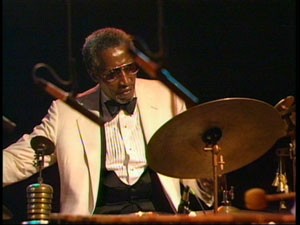 To get the negative out of the way, this is an obviously cheap shoot. Instead of 16mm or 35mm, it seems that lower grade video was used. Every now and then, some sloppy editing turns up. During one of Percy Heath's bass solos, the camera cuts to John Lewis instead. There are too many far shots from behind the audience, which have little impact because of the low video quality. But it's the act that is important. The performances of Summertime and Echoes are stunning and easily my favorites from this disc. I'm more inclined to listen to more of their work. The performance is flawless. I particularly liked their sound. It's a bit unusual to have both piano and vibraphone. I do not recall hearing any jazz performances with a vibraphone as a key instrument.

A Day in Dubrovnik (Lewis)

To be honest, this is a fairly awful looking performance. Presented in standard 4x3 and interlaced video. Colors are oversaturated, lights appear to be blown out, and shadows are filled with noise. Subtitles noting the names of pieces are messy video-generated titles. There's little that can be done with bad source material, but it does make me wish it had been shot in a better format.

On the other hand, the sound is fantastic. We are given the choice of PCM 2.0 stereo, DTS 5.1, and Dolby Digital 5.1. All three are crystal clear, but I preferred the stereo track for the incredible amount of depth. The low end on Heath's bass resonates well. One can hear every detail of piano and vibraphone notes. The 5.1 tracks expand the sound as expected, but the rear channels seem to be devoted mainly to reverb and audience noise. Because of the low video quality, I'd almost recommend only listening to the DVD.

While there are no disc extras, a booklet with an essay on the history of group is included - not only in English, but also in French and German! Menus are fairly bland, with only scene selection and audio selection.

Overall, this is a DVD worth obtaining as a record of The Modern Jazz Quartet's wonderful music, but more worth listening instead of watching. While I recommend this DVD on the merits of the performance, fans should seek the music albums first.