Bob the Builder: Call In the Crew 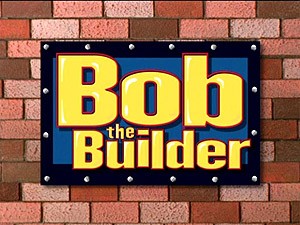 
The Story So Far...
Originally a British series that's been re-dubbed for North American audiences, Bob the Builder follows the titular handyman as he aids the people of Bobsville and the local area, with the help of his talking trucks and tools. Why he does it isn't clear (does he work for the government?) but he's dedicated to the tasks at hand. There have been several releases to date, and DVDTalk has reviews of them.

The Show
Last time I reviewed a Bob the Builder DVD, I was impressed that they didn't just throw a handful of episodes on a disc, instead integrating some framing scenes that helped make a new adventure out of old shows. That's not the case here, as the five stories included here are from all over the show's run, but at least they have something of a theme, as they mostly involve water in some way (thus explaining two separate, unrelated references to sluice gates.) When you only have less than 50 minutes to fill though, it shouldn't be that hard to keep consistency though.

The show's focus on teamwork kicks off right away as Bob and company help Farmer Pickles' cousin Annie build a seaweed farm (though oddly, she seems to know little about seaweed farming, except for what's in the book she carries.) Annie must have good credit or is independently wealthy, as her projects cover two episodes, while she later contracts with Bob to build her a new house. My guess is she's a recent divorcee, who's blowing her settlement money on all this construction in an effort to start a new life on her own. Local restaurateur Mr. Sabatini has some construction of his own going, as his new cafe is plagued by moles, while the local mill needs a new water wheel to power the millstone grinder. 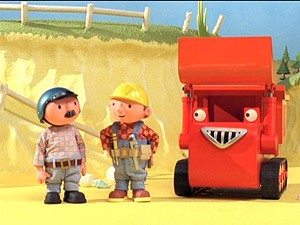 While getting five stories about teamwork is fine (hey, it's The Wonder Pets raison d'etre,) it would be nice if there was a bit more variety in the lessons learned, as nearly every show rides on the machines' tendencies to be impulsive, competitive, irresponsible or all three. You know if a machine is given any type of leadership responsibilities, it's all but guaranteed that that machine will screw something up in an effort to show how good a leader they are or slack off in a major way. With the way his crew messes up so consistently, you'd think Bob would change his workers.

While the stop-motion animation is excellent, part of what makes these episodes enjoyable for older fans is having comedian Greg Proops provide Bob's voice. It's not that he does an incredible job (though his voice is a perfect fit for a kids cartoon), but rather the odd juxtaposition of his edgy stand-up act and this family-friendly material (much like when George Carlin worked on Shining Time Station and Thomas the Tank Engine.) Voices are certainly as aspect that stands-out in this show, as there's rarely a voice that isn't distinctive (I'm still trying to figure out what's up with Annie's slow Southern drawl and the Sabatinis' ridiculously stereotypical Italian accents.) Unfortunately, the voices also stand-out frequently because they are annoying, like Scrambler's hyperactive blather, Spud's grating British accent or many of the other whiny machines. 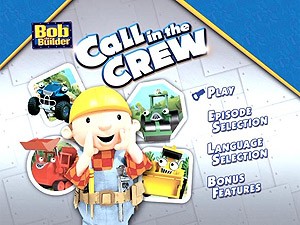 The DVD
This disc is packaged in an eco-friendly clear ThinPak, which is tucked into a far-less-eco-friendly box that's about three keepcases thick, with a window for the Scoop toy (see The Extras.) The DVD features a static full-frame menu with options to watch all the episodes, select shows, adjust languages and check out the extras. Audio options include English, French and Spanish Dolby Digital 2.0 tracks, but there are no subtitles and no closed captioning. If you don't select an option, after a short while, the disc will start on its own.

The Quality
The full-frame video is once again very nice, with a clean image that features bright, vivid color and a quality level of detail, which showcases the stop-motion animation well. There are no issues with compression or dirt and damage.

Like the previous disc, everything is nice and crisp, while the Dolby Digital 2.0 offers up some dynamic play between the channels, making for a more involved presentation than the vast majority of the kids DVDs on the market.

The Extras
The key extra is the plastic Scoop toy that's included in the packaging, which fits the scale of the smaller Thomas the Train toy line, with a very small magnet hook-up in front. The build quality is impressive, with two poseable digging implements and smooth movement in the wheels, though the paint job on his eyes could have been better, as the beady pupils make him look angry.

The extras on the disc take the form of a pair of games, which oddly, aren't voiced by Proops (it's like the episodes and extras legally can't have the same voice.) Up first is "Lofty the Painter," a coloring-book style activity, where you get to choose from four colors to paint the walls, door, ceiling and floor of Mr. Sabatini's restaurant. For some reason, you can only use each color once, so it's not a very creative challenge. Then you can take on "Skip's Chute Rescue," where Bob drops into one of four jumbled pipes, before appearing at the bottom. Pick the right path through the maze and you'll catch Bob, otherwise he'll fall in a pool of water. There are only four possibilities, so the fun only lasts so long.

Also included are a bunch of promos for other DVDs. 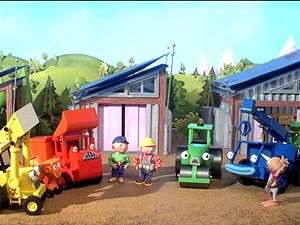 The Bottom Line
Nothing about this disc screamed "buy me," though the inclusion of Proops as Bob's voice and the well-made Scoop toy certainly put it among the more-attractive choices when it comes to kids cartoons. Though it's very short when compared to other kids discs, the show isn't loaded with schmaltz and looks and sounds very nice, which helps raise its grade, making it an easy pick if you're just looking for something fun for the young ones.