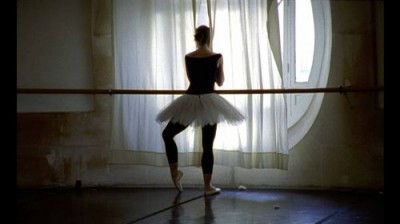 Ballet is an art form of unparalleled beauty, bodily control, and stage precision. The Paris Opera Ballet company is the premiere house of dance, dating back over 400 years, creating a daunting reputation for the finest ballet in the world. Of course, there's no show without a profound collective effort from the entire company, its costumers, and backstage administration. Master documentarian Frederick Wiseman takes his camera to Paris, observing a few critical weeks in the life of the group as they prepare for a new season of dance.

Wiseman handles "La danse" like his previous documentary work, preferring to lead with minimal information -- no talking head interviews, no names or rank, and no artificial demands of drama. It's a verite approach that allows the viewer a choice opening to examine the ballet company as a fly on the wall, without the burden of manipulation pushing and pulling the subjects into trivial sound bites. This film injects pure creation, watching the group assemble to rehearse and refine seven ballets (including the all-powerful "The Nutcracker" and the bloodstained "Le Songe de Medee"), reviewing the arduous routines time and again, with choreographers and masters monitoring every sinewy tremble for possible imperfection. This is The Paris Opera Ballet after all. Lackadaisical effort is a velvet evening glove across the face, leaving the dancers in a perpetual state of practice as the ballets are anxiously considered and flawlessly smoothed out.

Ballet is the star of the show, but the company doesn't run on incredible bodies alone. There's a team of artisans working diligently backstage; they paint sets, stitch costumes, and prepare meals, highlighting a community vibe to the Paris Ballet that few outsiders are ever even aware of. Wiseman's cameras step carefully through the creative process, imparting a sense of peaceful routine and widespread collaboration; it's a machine of performance that's wholly impressive to watch build up to speed. Heavens, there's even an apiary on the roof, providing the freshest of honey to the cafeteria. The bees are honorary members of the company.

Delicate issues of age are discussed (ballet is not a long-term career), and Wiseman captures a dinner party, a union meeting, and plenty of office conversation, delivering a three-dimensional portrait of a ballet company preserving its crystalline reputation. And, of course, there's the dance itself -- exquisite displays of graceful movement and timing, executing world-renown choreography amid impeccable stage decoration. The miracle of "La danse" is how Wiseman, using pure simplicity, is able to provide 150 minutes of enthralling cinema. The effort of the Paris Opera Company is astonishing, but "La danse" is a documentary triumph, making the mundane components of perfectionism feel as tense and engrossing as any fireball-happy Hollywood blockbuster.