Everybody Hates Chris: The Final Season 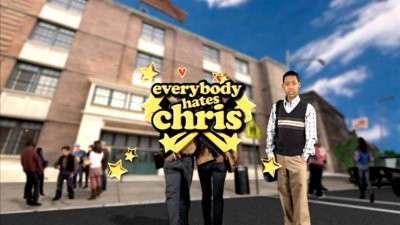 The Fourth and Final Season

Everybody Hates Chris is a sitcom that I never really followed as it aired on television. Prior to this review I had only seen random episodes while channel surfing. Despite, I enjoyed watching season four on DVD. Set in the eighties about a young African American boy growing up in Brooklyn, Everybody Hates Chris is a fun-filled comedy with lively characters and enjoyable developments. At the same time, I did not think it is a show I would want to revisit time and time again. For this reason, this DVD release has been given a rent it recommendation.

Season four marks the final twenty-two episodes of the show. It opens up with the episode "Everybody Hates Tattaglia". Chris starts tenth grade at Tattaglia High School. He is mixed with emotions as high school has bigger bullies, tougher class, and more mature girls. He is also thrilled at the prospect of no longer being the only black kid in class. To his dismay, his old teacher Ms. Morello, now a principal, put him in a special homeroom with all white kids. Chris has an interesting start. At the same time, Tonya makes daddy proud when she asks to get a job. Her new employment gives her mom a number of headaches. The episode is a fun way to start the season. It is goofy and sets a good tone for future episodes.

As the season continues, Chris undergoes additional trials at school involving girls and dating, fitting in, driving, friends, sports, and getting by as the only black kid in class. "Everybody Hates Homecoming" is a fun episode with a more than usual goofiness to it. Ms. Morello pushes Chris to ask the newest transfer, Jenise, to homecoming. She is gorgeous and oddly says yes to Chris, but on the condition that her parents approve. When Chris meets the parents, he is given a dose of unreality--the family is a spoof of the Huxtable family from The Cosby Show. They approve of Chris, but of course, as homecoming approaches, everything goes wrong. The situation plays out in a hilarious manner.

"Everybody Hates Varsity Jackets" is another really fun episode. Chris is determined to improve his coolness factor at school. To that end, he decides to get a varsity letter and joins the wrestling team. Luckily, he is the smallest and only one in his weight class. Chris wins a bunch of matches by default. Unfortunately, as his heads swells up, so does his belly. Chris' fight-free matches go the way of the dodo and after he gains a little weight. The end outcome is a fun reflection of how everything goes wrong for him. "Everybody Hates The Car" is another episode with a good situation turning bad for Chris. Having turned sixteen and acquired his license, Chris buys his uncle's car. He quickly finds out about car responsibilities from insurance to fuel to auto theft. It is another win/lose situation, which is full of laughs.

Overall, I enjoyed watching the fourth and final season of Everybody Hates Chris. While this review is my only experience with a full season, I can see way people like it. The sitcom is a lot like The Wonder Years, but racier. Chris Rock's narration works well for it. In the end, I enjoyed the season enough. Still, it was not one of my favorites and do not imagine wanting to buy the other season sets. On that note, fans will want to pick it up, but newcomers and casual viewers should rent it. 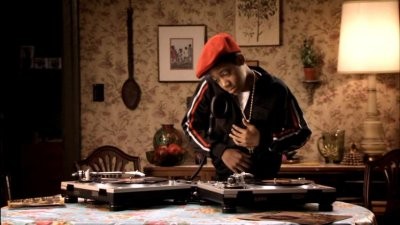 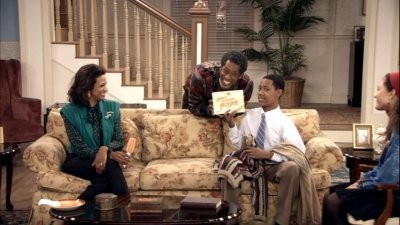 Audio:
The audio is given in English 5.1 Dolby digital sound. The track is dialogue driven and audible throughout the presentation. It is closed caption enabled.

Final Thoughts:
I was pretty much new to Everybody Hates Chris with this review. From what I had seen, I thought it was funny, but I never really got in to it. As I watched season four, I laughed and enjoyed myself. The storylines are filled with comedy and the perspective of life as narrated by Chris Rock will not fail to entertain. Still, while I enjoyed the season, I did not develop a strong love for it. I think it is good enough to rent and watch, but not to purchase. Unless you have been collecting the series on DVD, rent it (but it is highly recommended to rent).