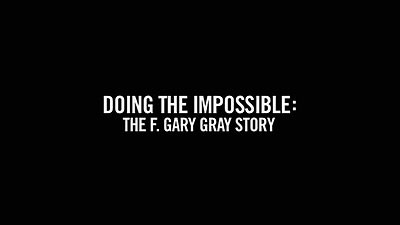 
The Presentation
A while back, the now-seemingly-defunct Palm Pictures had the bright idea to put together DVDs of the short-form work of innovative and creative music-video directors, releasing an opening salvo consisting of discs dedicated to artists including Spike Jonze, Chris Cunningham and Michel Gondry. It was a huge treat for fans of their work, or just fans of cool music videos. The second wave was a bit disappointing, with the genius of Mark Romanek paired with a few Euro-centric discs from Anton Corbijn and Stephane Sednaoui, and the questionable inclusion of Jonathan Glazer. There were plans to continue the series with even more lesser-known directors, including Jonas Akerlund and Roman Coppola, but it's been a few years of silence, unfortunately, and we still don't have a David Fincher disc to enjoy. But we do have The Shooter Series now, a hip-hop take on the Directors Label concept.

The second entry in the series focuses on F. Gary Gray, likely best-known for directing the pot-heavy comedy Friday, though he's made bigger movies like The Italian Job, with its famous car chase. The DVD offers up several examples of his music-video work, along with a profile of the director, loaded with testimonial from the famous folks he's worked with, including Jay-Z, Usher, Gerard Butler, Jamie Foxx and Ice Cube. During the 53-minute "Doing the Impossible: The F. Gary Gray Story," you find out how he got started and how he made his milestone videos, along with getting an idea about how he works and thinks as a filmmaker. Gray's obviously a guy who puts tremendous thought into his directing, and his climb from the "ghetto" of rap videos to the world of blockbuster films is the biggest evidence of his abilities. 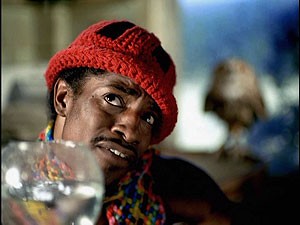 Of course, the videos are what got him to where he is today, and what this series is all about, so that's why we're here. The vast majority of rap videos seem to fall neatly into a stereotypical category, be it Champagne-fueled party scene or camera trick-powered stand-offs, but that's just not the case when Gray's behind the camera. Even the most base of the videos here, like the straight-up party clips for Coolio's "Fantastic Voyage," Outkast's "Southernplayalisticadillacmuzik" and "Jay-Z's ""Show Me What You Got," or the hardcore gangsta videos for Ice Cube's "It Was a Good Day," Dr. Dre and Ice Cube's "Natural Born Killaz" and Dr. Dre's "Keep Their Heads Ringing," look nothing like their contemporaries, due to Gray's sense of style and focus on storytelling. I'm not a big fan of Jay-Z and his laconic delivery, but there's no denying the energy Gray puts on screen, combining a pretty car race and a raucous party, edited to create the look of an old Italian action movie, while a sense of humor made Coolio's first big hit video stand out from the crowd.

This collection devided pretty neatly between the A-level material and the minor-leagues, the second group consisting of the aforementioned clips, a Queen Latifah video for "Black Hand Side" and the pair of Cypress Hill videos. The top of the crop has to be the fantastic video for Outkast's "Ms. Jackson," which includes singing and dancing animals and a house that's a metaphor for a failing relationship, and the pair of morality plays that are Babyface and Stevie Wonder's "How Come, How Long," and TLC's "Waterfalls." Both of these videos look like short films, and they manage to develop some real story and emotion in just a few minutes, particularly the Babyface short, which is quite brilliant and moving, thanks in part to the presence of two powerful artists. "Waterfalls" isn't bad either, but its literal interpretation of the very descriptive lyrics makes it a bit heavyhanded, and it's best known for the technical feats Gray achieved on a music video budget. 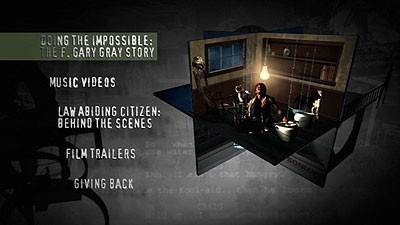 The DVD
A one-disc release, packed with a booklet in a standard keepcase (that's wrapped in an embossed, foil-printed slipcover), this DVD features excellent animated anamorphic-widescreen menus, with options to play the videos, select additional content and check out extras. There are no audio options, nor are there subtitles or closed captioning.

The Quality
The video presentation is a bit disappointing, as everything outside of the profile is delivered in full-screen, with letterboxing on the widescreen videos. Though the color and level of fine detail are decent overall, there are spots where some blurring and softness are a problem, along with some digital artifacts. Age seems to be the main influencing factor, as things improve with the more recent videos.

The audio is presented in Dolby Digital 2.0 tracks that represent the videos' original presentations well. There's not a whole lot to say about these center-balanced mixes, which are straightforward, without anything dynamic in play.

The Extras
The one extra that would have been hugely appreciated is missing and that's the audio commentaries that were found on all of Brett Ratner's videos in Volume 1 of The Shooter Series. Gray does reveal a bit about them in Doing the Impossible, but more details would have been nice. Instead, we get "Making the Case," a 10-part, half-hour behind-the-scenes featurette about Gray's most-recent movie, Law Abiding Citizen. Hosted by Gray, it covers all the elements of filmmaking, including special effects, casting, music and even promotion, giving more insight into his work as a filmmaker.

There's more insight into Gray as a person in the 4:14 featurette "Giving Back," which looks at his generosity to community programs, as he helps the disadvantaged. It's followed by a collection of eight trailers for Gray's films, including the red-band preview for Friday, which is fun, not only for the gags from the film, but also the awkward voiceover.

Also included in the package is a 32-page "widescreen" booklet titled "F. Gary Gray," a nicely laid-out collection of stills, photos and storyboards from his various films and videos, with notes from Gray. 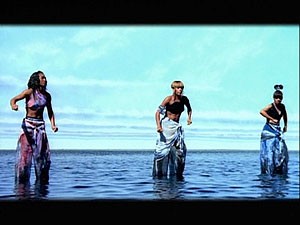 The Bottom Line
Though Gray's name was familiar to me, I didn't connect it to his work, so I didn't have many expectations in revisiting his videos or films. His line-up of videos ranges from the memorably impressive, like "Waterfalls," "Fantastic Voyage" and "Ms. Jackson," to more cliched hip-hop clips, but they all offer a stylistic take on the video format. Combined with the biography and the looks at his filmmaking career, it's a solid package for anyone unfamiliar with his work, or for his fans as well. The DVD looks and sounds fine, and the extras are welcome, if a bit on the light side, making it a promising successor to the Directors Label series.