You're Under Arrest: Full Throttle - Collection 1

You're Under Arrest is based on the manga created by Kosuke Fujishima, the man behind the Oh My Goddess! series. The story takes place in the Bokuto Police Station traffic division and tends to focus on the adventures of the intelligent Miyuki and the ridiculously strong Natsumi. Full Throttle begins with a nice two-episode arc. Miyuki returns to Japan and meets a little American boy on the plane. The boy's father recently died leaving him heir to a fortune and a powerful company called the Hammond Group. He has led an isolated and deprived childhood. He is searching for his samurai grandfather to learn to become a strong warrior, but other family members are fighting for custody. Miyuki and Natsumi make it their mission to help the boy find his grandfather to ensure that he goes to someone who truly cares for him. 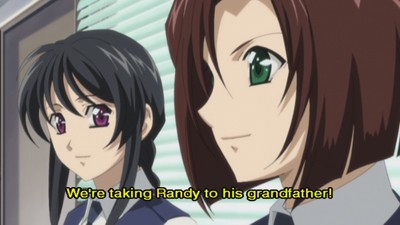 There are some great episodes in this set--especially a few of the latter episodes that focus on the secondary characters. Being new to the series, I was quite surprised to learn that Aoi was, in fact, a cross-dresser. The episode that features Aoi has his former police partner return from retirement. Aoi's partner wanted him to become more of a man and he sets forth to train Aoi and the rest of the Bokuta Station in fighting techniques. What follows is a great tale of acceptance that I consider the best in this collection. Another great story has Nakajima turning the seemingly simple act of handing a love note to Miyuki into a painful adventure. There is also a touching episode about a little girl who believes that Chief is her recently deceased father. If it weren't for Yoriko's grating voice, the episode that highlights her difficulties in finding "Mr. Right" would be ranked right up there with the best in this collection.

This set, however, includes many stories of variable quality and low rewatchability like the one where Natsumi faces off with a washed up former pro wrestler who is stacking cars that are illegally parked. Some of the more average episodes include Miyuki dealing with a snake that has taken a fondness to her, another one has the Miyuki and Natsumi tracking down a car thief who took off with a mother's baby, and finally, the Bokuta Station plays a heated game of baseball that brings back an old nemesis: Strike Man! Easily, the low point of the collection is the episode about robots which is nothing more than pure filler. 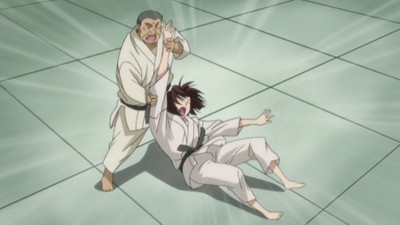 You're Under Arrest episodes are quite formulaic: present a set of characters with a relatively normal situation, escalate it to outlandish proportions, have the characters solve the situation with a happy ending, and roll the credits. Few, if any, episodes deviated from this formula, but a comfortable template is not necessarily a bad trait. There were just times where it seemed like the writers tacked on an over-the-top villain or crisis as a mere afterthought soley to keep the formula alive.

One reason that I watch anime is to become immersed in the characters and stories that develop over the course of a season (or across multiple seasons). I quickly became familiar with the characters in You're Under Arrest, and came to enjoy a few of them, but I never sensed they had any direction. The characters never really grew, no relationships were furthered or strained, and there was no overarching conflict that had to be resolved. Nothing. Each episode is simply a day in the life of the Bokuto Police Station traffic division. It's not bad--very similar, in fact, to an average sitcom. There were a few fantastic individual episodes; I'm just not convinced that I'll ever have a reason to put these DVD's back into my player. This is a show where I'd be happy to watch random episodes as they aired on television.

Sound: This DVD only has one language track: Japanese 2.0 stereo sound. The sound quality is adequate for the sitcom style adventures of the Bokuto Police Station. Most of the Japanese voice actors sound good and fit the characters well. The voice of Yoriko, however, sounded small and overly whiney. While the voice was cute at first, it grew quite annoying in episodes that featured her.

Video: The video is presented with in 1.78:1 ratio anamorphic widescreen. The visual quality of this release is very good. The animation is sharp, modern looking, and shows no noticeable artifacting. This series uses some CG and it can be distracting. In particular there is a scene in the episode where Nakajima attempts to give Miyuki a love note where they use CG to show Miyuki slowly turning her head. The result is jarring and looks absolutely horrible. How did the producers ever consider that scene passable?

Extras: There's not much here. All that's included are a textless intro and closing credits and a few trailers.

Bottom Line: You're Under Arrest is an enjoyable, light, flighty, episodic, sitcom-like anime that is best viewed in small doses. Newcomers to You're Under Arrest have nothing to fear about jumping in with this season; all of the main characters are re-introduced in the first episode. What isn't explained about their personalities and motivations all quickly become apparent to the new viewer. Each episode is a self-contained story and, taken as a whole, this collection is a mixed bag. There are a few excellent episodes, some boring ones, and the rest lie somewhere in-between. Even though most episodes are enjoyable, the extras are lacking and the rewatchability of the entire set is low. Rent It. 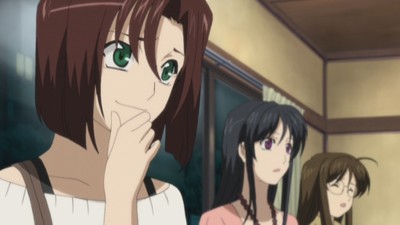