Secret Life Of The American Teenager: Season 3, The


How to reconcile the good word-of-mouth I'd heard of The Secret Life of the American Teenager with what I actually witnessed? Why, by developing a game that explains everything, that's how. It works like this: players take turns hitting the player to their right with a hammer. If they miss, they have to draw from the "Screw Common Sense" stack of cards, read aloud the phrase written on the card, and then determine whether it was a line of dialogue from the show. If correct, they're forbidden to go out in public for fear that they might actually repeat the phrase in real life, in effect, bringing the apocalypse. If incorrect, the world breathes a sign of release and they are made to sign a pledge in blood that they will never watch the show, even when it repeats. 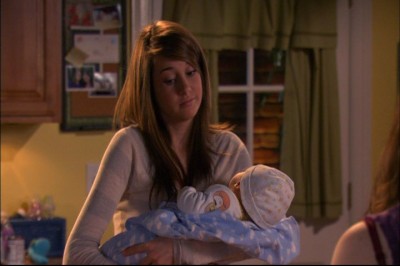 Honestly, I haven't yet figured out which character I hate the most from this bland presentation of what American teenagers do not likely do, but my answer will be revealed by the end of this review in an attempt at suspense. A description of bodies in the wreck: Amy (Shailene Woodley) is nearly 16 years old with a new baby, and her boyfriend Ben (Ken Baumann) is a little jealous of baby daddy Ricky (Daren Kagasoff) because he's always at Amy's house, which she shares with her mom Anne (Molly Ringwald, Pretty in Pink), even though Ricky has his own girlfriend, Adrian (Francia Rasia). Anne is divorced from George (Mark Derwin), who lives next door to Anne with his and Anne's other daughter Ashley (India Eisley). These characters are the focus of this farce, but we get some unintentional laughs from Grace (Megan Park), her boyfriend Jack (Greg Finley), Grace's mom Kathleen (Josie Bissett, Melrose Place), her son Tom (Luke Zimmerman), and Ben's father (Steve Schirripa, The Sopranos) and his new fiancée Betty (Jennifer Coolidge, American Pie).

Whew! First, there are too many characters. If you don't have enough good dialogue for a few characters, who, ideally should be multidimensional, how can you support a dozen? It's spreading things too thin, which is a great metaphor for what I see here. And this is the third season of this disaster, which, consequently, starts out with sex, ends with sex, and has sex indiscriminately thrown in every scene. Warning, spoilers ahead, so I'm saving you brain cells by telling you. 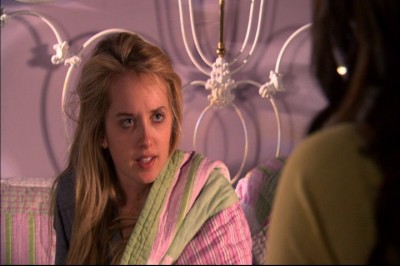 Grace decides that despite the fact that her father told her not to have sex with Jack, she does it anyway, and it's great--amazing, actually. Unfortunately, she kills her father by doing "it." He was out of the country and died on the flight home. "My father died because I had incredible sex," she says, a clip that devotees of The Soup remember seeing. Don't ask me to explain the context of the quote more than I have, but at least it sets the level of expectations for the following 11 episodes.

In other news, Anne's discovered that she's pregnant, which might be through George--he didn't really have a vasectomy, like he said--or might be with her nerdy boyfriend who's not worth mentioning. Amy's shocked that her mother could conceive at her should-be-in-an-elderly-home age of 40-something. However, Amy's also shocked that she's got a baby to look after when the whole school is going to Grace's dad's funeral. "I never get to do anything," is how she feels about being a teenager mother, which means she's got an attitude about everything and is very angry in general. So that's Amy's plotline--anger. Ben really wants to have sex with Amy, but she's not interested in doing so until she's married, which leaves Ben frustrated and Amy convinced he's having sex with someone else ... or angry. But then again, every character in this show is paranoid that his or her boyfriend/girlfriend is cheating, especially Adrian, who believes Ricky is quite the gigolo and is one step from getting back together with Amy. But he's no better; Ricky becomes so incensed when anyone even speaks to Adrian, who is quite the overactor, that at one point he tells Adrian that "talking leads to sex." 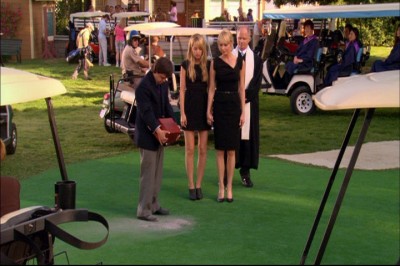 Apparently, if any two people are in a car together in this show, the implication is that they're having sex, or have just had sex in the car, even if it's before a funeral. It's insane. If the point of this show is to deter teenagers from having sex, it's a little ineffective because each comment about sex just adds to kids being desensitized and thinking it's no big deal. And dialogue where someone pauses before saying what they really want to say and the other person guesses what they left off is a great attempt at drama, but no one's a mind reader. In this show, for example, Adrian might say, "I need to go to the store and get ..." and the person they're talking to guesses, "crinkly fries," and they end up being correct. It's unbelievable, but it happens all the time.

Then there are the questionable attempts at humor. I think the addition of Betty was meant to add a bit of funniness to the cast, and it does, but some of her lines, whether from the situation, the music used, or the other characters' reactions, you wonder how serious she's being. By the way, Betty used to be a prostitute. Just remember that when you see her trying to sell a dentist's chair that was given to her "by a friend" ... named John, I'm sure. 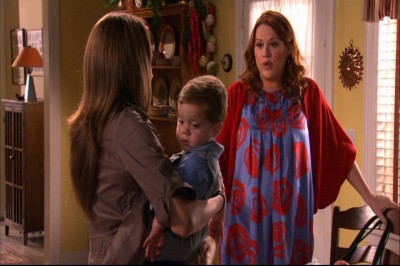 Now Adrian, she's not funny at all. In fact, drum rolls please; she's the one I hate the most (Ta-da!). Adrian's father recently came back into her life after more than a dozen years away, so they're reestablishing their relationship, and Adrian doesn't hesitate to share with him her sexual activity with Ricky. Although they do occasionally fight, like the time that she and Ricky sort of break up and they decide they want to be friends, to which Ricky says, "Okay, friends with benefits," and her reply, "Well I need to find a new beneficiary." Adrian wants George to move back in with Amy and Anne so that her parents can buy George's house and she can spy on Amy ... and Ricky when he's over there to visit his son. She connives and convinces George to sell the house, calls Anne a slut, complains about Ricky visiting Amy, and just is generally a bad seed. Through it all her lips are always glossy. Maybe she uses whatever they put on flytraps? 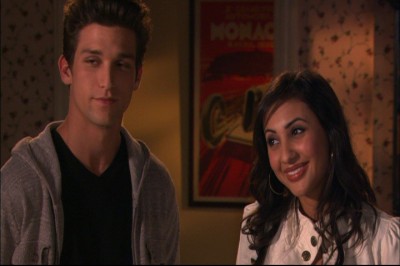 
The third season's twelve-episode run is spread out over three discs and is presented in 1.78:1 anamorphic widescreen. There's not a lot of shot imagination and the image looks fine, with minor bouts of edge enhancement deterring from this train wreck of middle-class dementia. At least when you are watching this with a friend or significant other, you'll have a nice picture to see as you shared befuddled looks with each other.


Dolby Digital 5.1 for all the episodes. Kind of spiffy, but it's barely used at all during the show. In fact, the subwoofer fires off in one of the supplements on the set. And that's once more than it does during almost nine hours of content here. But it's not like you'd expect a revolution in sound from such a dimwitted show. In fact, if the best thing I can say about it the technical qualities didn't make me shoot myself, I guess that's saying something.


In addition to the sneak previews for what's on DVD, TV, and other ABC Family stuff, there are two extras, one worse than the other. First, the good; the pilot episode for another ABC Family show Make It or Break It is on the second disc and is slightly better than The Secret Life of the American Teenager, but not by much. It's an hour-long show wherein teenagers compete in gymnastic competitions, and focuses on one girl who is at a special training camp who came there on scholarship. All the other gymnastic elite are mean to her, so she has to make a name for herself. I liked this story the first time, when it was the 90-minute film Stick It. 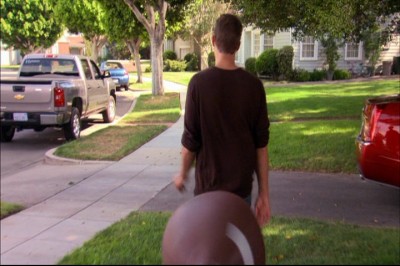 The other, on the third disc, is "Hat Chat," a six-minute Q&A with the actors as they ask each other questions about their characters, such as this one for Ken Baumann, who's character Ben works in his father's butcher shop: "What's your favorite cut of meat? Really? What does that tell you about him? For the record, his answer was both prime rib and filet mignon. Good job, Baumann, too bad you couldn't be in a prime show. Get it? Prime? Hey, it's funnier than what you're getting here.


The writer for this show, Brenda Hampton, wrote almost 250 episodes of 7th Heaven, which wasn't an eighth as bad as this show. However, Hampton not only writes for The Secret Life of the American Teenager, but she created it as well. Perhaps that was the downfall of this show. Sometimes producers, it's okay to say no.

So if you want a 522-minute afterschool movie about the dangers (and benefits) of sex, including the fact that some of these characters see oral sex as a loophole to getting around not having sex before marriage, then here's your ticket. If you want common sense and an idea of what the life of American teenagers is really like, well, try Gilmore Girls reruns, because I know 4-year-olds who speak and act more eloquently than the people of The Secret Life of the American Teenager.