My wife and I are ticket holders for two local sports teams in the area. Typically before the game we'll have a pre-game meal, either at a restaurant or tailgating in the summer months with some dedicated fans. It's at those events where I've slowly created a palate for beers from independent brewers, as my tastes had previously been towards the big distributors like Budweiser, Miller and Coors. And while the independent (or craft) brews are a little more complex and better tasting, the fact they're independent should be reason enough to cheer, shouldn't it?

Perhaps that's the inspiration for Beer Wars, the documentary written, directed and starring Anat Baron. Baron certainly knows what the larger beer producers are capable of doing from a business point of view; she was the General Manager of the Mike's Hard Lemonade beverage brand for several years before leaving the alcohol business for filmmaking. There is little doubt of the domination of the Bud/Miller/Coors trio; combined they account for more than 75% of the beer sold in America. Moreover, they continue to market aggressively and abundantly in order to get a larger piece of the beer sales pie. 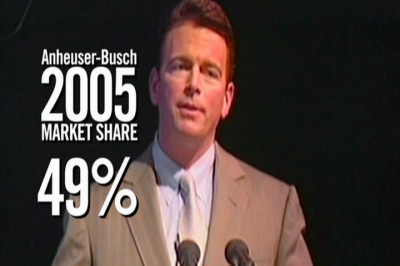 Baron persuasively shows that while the rise of independent brewers over the last few years has been plentiful, the fact remains that they have a long way to go to obtain the type of impact and brand recognition that has had a stranglehold on the beer-buying consumer for decades. The film focuses on two independent brewers; the first is Sam Calagione, President and Founder of Dogfish Head Brewery in Milton, Delaware. Sam discusses his passion for beer making and his continued growth and confrontations with the major brands while trying to carve out a niche for his increasingly popular brand. The second brewer is Rhonda Kallman, founder and CEO of New Century Brewing Company. She co-founded the Boston Beer Company (which has since become famous for its Samuel Adams line of beers), and left to stake her own claim in the market.

Both Sam and Rhonda are charismatic figures, and their optimism is palatable when watching the film. When you watch them, you can sense the hard work and dedication they share in getting their brands a more visible market presence. Their resilience is inspirational, and Baron lets this shine through without narration or leading. She has an appreciation and kinship to the entrepreneurial spirit that you can't help but relate to when you watch Sam and Rhonda. When someone takes shots at them, it's like they are getting at one of your own. 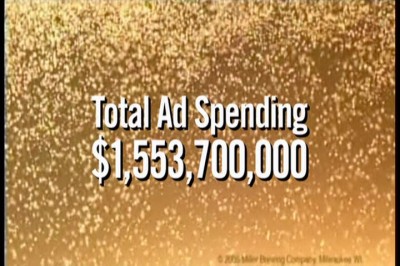 Baron saves her more pointed observations for Budweiser, current holder of half of the beer sales market. She points out that they have put very little thought and imagination into their product line, and they market and sponsor with everything that isn't nailed down. Perhaps that's to continue their hold on the marketplace; they produce several different packaging models for grocery store shelves that would affect a local brewer's chance of getting shelf space to sell their product. If that doesn't work, perhaps they'll buy out a smaller brand for the sake of keeping it on the shelf. Budweiser's purchase (and subsequent treatment) of Pennsylvania's Rolling Rock brand is abhorrent as shown in the film, for instance. But if they can use that space with the hope that Dogfish can't get a bigger shelf presence, so be it.

Those aren't the only practices that Budweiser seems to have in its arsenal. It produces so-called "organic" beers that seem to have the same aesthetic qualities as its independent brethren, except that they are produced by fictitious breweries and are of sub par quality. The latter part would seemingly damage a consumer's thought on independent brews if they unknowingly consuming a beverage from Budweiser's "Green Valley Brewing Company." Budweiser also takes advantage of substantial regulation and congressional lobby to seemingly have a say on every beer displayed in grocery stores, even if it isn't their own. Combined with restrictive beer sales, it's apparent that they've set themselves up as both the game and its referees. 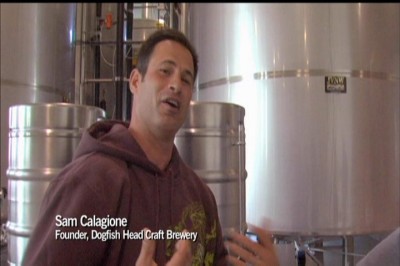 Through it all though, Sam, Rhonda and many other unseen brewers continue (a local brewer in Pennsylvania has been in the business longer than Budweiser has and is in good shape) and produce quality beers while battling with the larger corporate presence. It's this type of battle that makes you sympathize with their plight, so the next time you're at an event and have an urge to buy a beer, pay the extra buck or two towards an independent brew. You might actually have a great-tasting beer and you'll do more for the true "Mom and Pop" brewers than you realize. Fight the power!


Beer Wars is presented in 1.78:1 anamorphic widescreen and for a mainly handheld production, the results aren't bad. There is some pixilation and crushing in the bar sequences but the image remains natural and without enhancement or issues. The source material is in decent shape (or at least as good as it can be when traveling around in bars and restaurants) and while it's not a professional production, it's not an overly gritty image, and isn't bad viewing.


Surprisingly, there's a choice of Dolby 5.1 surround and 2.0 stereo sound options for the film. The 5.1 track is quiet and stays in the front channels during the whole film with a rare moment of pseudo sonic immersion here and there. The two-channel track is a little bit tighter and has a more compressed soundstage, and to be honest is the better option to use when watching the film due to its lack of activity.


The big extra is a panel discussion (29:48), hosted by Ben Stein and featuring some of the interview subjects in the film along with several others. It's a fascinating discussion, exploring some more of the brewers' passion for their product and the economics of the market and consumers. There are some clips that aren't in the film that are included for some thoughts from the panelists too. In lieu of a commentary, this is a nice compliment to the film. From there, six deleted scenes (7:45) and three trailers (3:54) complete the disc. 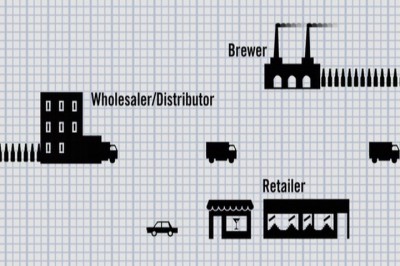 
Baron's Beer Wars may cover a novel topic like beer, but the passion of the independent beer makers as they take on the big corporations (not to mention the shady practices of said corporations while not addressing product deficiencies) is commendable. It makes you root for their success and the underlying premise of voting with your checkbook still remaining the best power a consumer can have. Perhaps that's Baron's real motivation for this after all. The film is available as a free download or available in some On-Demand systems and is definitely worth the time to watch.