More Than This: The Story of Roxy Music 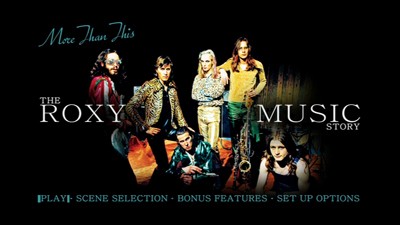 More Than This: The Story of Roxy Music is a pretty straight-ahead television documentary about the influential glam rock band who recorded from the early 1970s through the mid-1980s. In its earliest incarnation, it counted Brian Eno amongst its members, but the driving force of Roxy has always been Bryan Ferry, the honey-voiced lothario who wrote the songs and sang them. More Than This was compiled in 2005 after several successful reunion tours and on the occasion of recording a new album, with even Eno pitching in at the studio. That album has yet to surface.

Though short in presentation (the program is just over 50 minutes), More Than This is an all-encompassing biography, starting with the formation of the band, visiting their early success and their surprise morphing into the '80s, and then their dissolving after the highly successful Avalon album. (The reunion is kind of the footnote that appears between the final commercial break and the closing credits.) The comings and goings of the various band members are covered--and each member gets his chance to talk--and we hear about different songs and different style ideas and how things came together. Illustrating all of this are clips from old TV performances and music videos. Thank goodness this is not one of those DVD documentaries where no one got the rights to the tunes: Roxy Music is not a band you can adequately describe. You have to hear them.

In addition to the band members, producers Chris Thomas, Rhett Davies, and Bob Clearmountain all talk about recording the LPs. Designer Anthony Price, who worked with Ferry on the band's iconic album covers, as well as their space-age disco stage presence, also appears, as does the woman who posed for the pin-up on the debut record. Further commentary is provided by critics and admirers, including Bono, Siouxsie Sioux, John Taylor from Duran Duran, Martyn Ware from Human League and Heaven 17, Chic's Nile Rogers, Godlfrapp, and Steven Jones, the guitarist for the Sex Pistols. For all their sequined costumes and make-up, Roxy Music had pretty good cred amongst the punks, and their late 1970s sound, particularly on Manifesto, was the blueprint for New Wave.

The style of the program isn't going to win any awards, and big fans of the band have probably seen all the clips and heard the information before, but the unpretentious just-the-facts approach makes More Than This: The Story of Roxy Music an enjoyable spin. It serves as a précis on the overall career of a great band, and just to hear the songs and see the way the band presented themselves...well, there are worse ways to kill an hour. 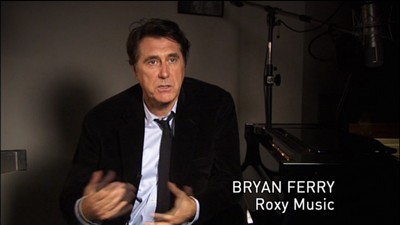 Video:
The widescreen transfer of More Than This: The Story of Roxy Music is decent. It looks good for a basic TV production, with fair resolution and adequate color tones. There is some interlacing and some ghosting, but nothing too obnoxious.

Sound:
The main program is mixed in Dolby Stereo and sounds pretty good. No audio anomalies, no hiss. There are subtitles in English, German, Spanish, and French available.

The bonus live material is mixed in 5.1 and DTS Surround and they are fantastic.

Extras:
Nearly half-an-hour of interview excerpts cover four topics: The Album Sleeves, The Roxy Ingredients, Introducing Eddie Jobson, and Who's Playing Bass for Roxy Music. The discussion of the sleeves is really good, including lots of outtakes from the photo shoots, and the later elements show us different band members at work.

There are also three live tracks from something called Dock Rock, recorded in London in 2006. The reformed band sound great on the songs "Both Ends Burning," "Editions of You," and "Do the Strand."

The disc comes in a cardboard book with a plastic tray inside.

FINAL THOUGHTS:
Recommended for music fans. Though slight, More Than This: The Story of Roxy Music is a good glimpse at a great band. Should give the established devotees something to pass the time with while also introducing those who aren't in the know to something they should get hip to. 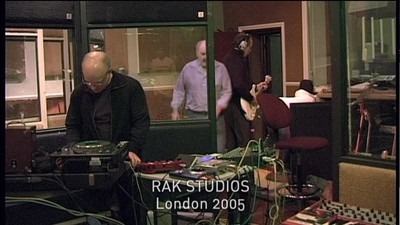