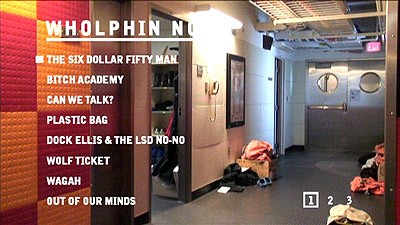 
The Story So Far...
Wholphin, part of the McSweeney's empire, releases a quarterly DVD magazine, which collects, as the subhead says, rare and unseen short films. The material ranges from old to recent and well-known to incredibly obscure, and as a result, the issues are an amazing gift for anyone open to unique entertainment. There have been 10 issues released previously, and DVDTalk has reviews of all issues.

The Movies
Southern Exposure (2:07/Menu Film)
This wordless, very short short, watches as a trio of scientists make a mad dash from a sauna to a mark on the South Pole. In the nude. In -30 degree weather. There's not much more to it. But it's still fun to watch (probably more so if you enjoy nude man ass.) Nice scenery too (and I don't mean the nude man ass.)

Young Love (7:05/Menu Film)
At first, you aren't quite sure what's happening, but you quickly learn, it can't be good. That's when the llamas come in. Did I mention this is a romance? In an un-subtitled foreign language? Yeah, it's a wacky world in here, but one you'll want to visit to be certain, as it tells an interesting story in an unusual way. The opening scene is one of the most memorable in recent short-film history.

TJ Miller Auditions for Yogi Bear (3:02/Menu Film)
So, supposedly, TJ Miller, who you may remember as Hud from Cloverfield (and less likely from She's Out of My League) has snagged the role of Ranger Jones in the upcoming live-action Yogi Bear movie. How? Well, if this short is to be believed, Miller got the gig by filming himself interacting with a real brown bear. If the resulting three minutes are a parody of auditions, it's great. If not, it's still worth a look, because the bear has some real comic chops, and it's not too long.

The Six Dollar Fifty Man (14:21)
Why does it seem like every short film I see from Australia or New Zealand involves bullying? Here's another example, as a young boy (who may or may not have some sort of mental condition) admires the Six Million Dollar Man, and even carries around an action figure of him, while he deals with bullies at school, including those sanctioned by the boy's teacher. His struggles look to not be for naught though, as shown in this sweetly dark serio-comedy. The film captures the unfair feeling of youth, in a way that's both cinematic and very personal. 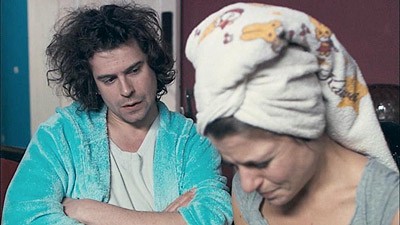 Bitch Academy (19:29)
This one gets the belt for best documentary title of 2009. Watching a class in Russia on how to become a "bitch," a woman who gets what she wants from a guy, or more specifically get the guy they want, which for many of these women, is the only way to improve their place in society. Watching the male teacher tell these women how to use their sexuality for personal gain, with some unusual visuals from class cut in throughout is alternatingly humorous and depressing, as it's hard to believe these ladies would be willing to put themselves through such garbage. To get them to do so on camera is even more intriguing.

Can We Talk (10:54)
I've never been in a bad break-up (I have been the type, that when the relationship ends, I am done and gone.) After watching this film, I am better off for it. A smart one-location short about the end of a relationship and a man with incredible testicular fortitude, it's a perfect tale of a bad person getting their well-deserved comeuppance. Just when the stage is set, three little words change everything. If this was part of a feature film, like a Judd Apatow picture, it would be spoken about for years. It's that good and that perfect in tone.

Plastic Bag (18:30)
Ever since American Beauty, a floating plastic bag will make people think some very defined thoughts, but this short will explode them, mainly because you'll probably never be able to look at a loitering sack and not hear Werner Herzog's voice, as he narrates the thoughts of our hero, a transient plastic bag, making its way through a world without humans. At turns philosophical, humorous and environmental, this film from Ramin Bahrani, director of Man Push Cart, is entrancing, mainly because the visuals are so ridiculous, yet striking, while Herzog's accented English is just perfect for a hero of this type. It's really a brilliant piece of short-form magic.

Dock Ellis and the LSD No-No (4:31)
This piece of minimalist animation does a great job of illustrating the ridiculous story of how Dock Ellis pitched a no-hitter for the Pittsburgh Pirates while tripping on LSD, as told by the man himself. Utilizing some spacey, hand-drawn visuals (with excellent color usage) and a sense of humor that matches Ellis' perfectly, it's a wonderful blend of style and story, though it started with some pretty fantastical subject matter to begin with.

Wolf Ticket (8:31)
Continuing the odd Dock Ellis mini-theme in this issue is this interview with the late ballplayer, a far less visually-stimulating film than the LSD story. But what this piece does, with the interview and clips, is let you see and hear Ellis, who was an incredible storyteller. Here, he talks about his famed run-in with Reggie Jackson, including his alcohol-laden All-Star Game, in his no-holds-barred style. Even if you don't care about sports, it's fun to watch. 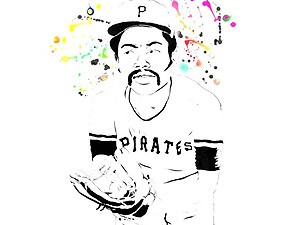 Is there any hope for peace for any country that touches Iran? Doesn't seem like it, if history is any indication. Pakistan is no different, especially when it comes to its relations with India. Yet, despite the strife, they share a border, with a single border crossing in the split village of Wagah. Each evening, the two countries perform an intricate flag-lowering ceremony, complete with dancing military, in what is best described as the South Asian You Got Served. It's honestly one of the more bizarre examples of governmental ceremony I've ever seen, as each side seems to one-up the other in its movements, but apparently it's toned down in recent years. That the two countries can turn out to enjoy what's essentially a shared dance recital does give some hope though, especially when you hear from the people interviewed at the border.

Out of Our Minds (29:42)
Do I fully understand this short film? I don't think so. But I think I have a good idea about what's happening in what may be the longest music video ever. This wordless short includes loggers, vikings and plenty of blood, in what may be a commentary on man's relationship with nature, or it could just be a bunch of kick-ass visuals. Either way, it's strikingly beautiful, and becomes rather disturbing along the way, but it's constantly interesting, no matter which way the story (or axe) was meant to swing.

The DVD
Wholphin No. 11 thankfully continues to utilize the same cleanly-designed digipak as the other issues, with a tray on the left side and a 40-page booklet glued into the right inside panel, while a content breakdown is found on the back cover. The disc features animated menus (anamorphic widescreen) with a list of content, though it's not just an animated menu. What's in the background is the beginning of one of three menu shorts, which will play if you don't choose a film to watch. There are no audio options, no subtitles and no closed captioning.

The Quality
Once again, the only annoyance of any kind from Wholphin is the lack of consistency in the visual presentation. It's not that some look good, while others look bad, because every film on this disc looks really nice, especially Out of Our Minds, but rather the way you get some films in anamorphic widescreen, while others are letterboxed. Aside from that, there are no obvious issues with dirt or damage, nor are digital artifacts an issue.

As it is traditionally, the audio is delivered in Dolby Digital 2.0 tracks across the board, which sound very nice, but in watching Out of Our Minds, one would think a surround mix has to exist.

The Extras
The usual solitary Wholphin extra is back once again, as the excellent booklet brings another great essay from editor Brent Hoff, along with supporting material for each film, including interviews, statements and other such text supplements. It really fills the role of film festival Q&As for Wholphin. 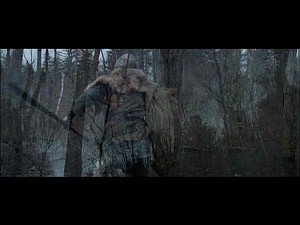 The Bottom Line
How often are you disappointed in life? Probably far more often than is acceptable. That's what makes Wholphin so great. It consistently delivers a blend of entertaining shorts that run the gamut of topics and styles, making each issue unique and exciting, because, though you know "what" you're getting, you never know what it's going to be made up of. This issue is no different, offering an outstanding experience, top to bottom. Usually there's one or two bits that I'm indifferent about, but not this time, with Dock Ellis and the LSD No-No and Out of Our Minds leading the pack.