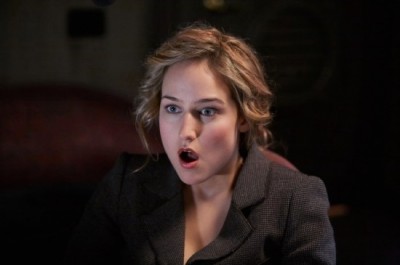 Film school graduate Jody Balaban (Leelee Sobieski) is finding life in L.A. far more difficult than she expected. Desperate for work, Jody takes an editing gig with Grind Productions, quickly learning the company specializes in pornography. Sensing a ripe opportunity to try her hand at filmmaking, Jody spends her days surveying dirty footage shot by ace director Jeff Drake (Matthew Davis), while using the office space at night to film her own relationship motion picture, using a cast of adult stars (including Jamie Kennedy, Mircea Monroe, and Denise Richards). Finding life at Grind challenging to her modesty, Jody encounters a hiccup on the road to artistic triumph when she falls for Jeff, derailing her plans to ditch porn when her time's up.

"Finding Bliss" kicks off with a certain spring to its step, with writer/director Davis keeping the film's attitude upbeat and amiable as she displays the semi-autobiographical humiliations of a life lived on the fringes of Hollywood. It's a chipper film, at least the first half, benefiting from a lived-in quality as Jody doggedly hits up the studios and stars (Garry Marshall cameos) to make her name known, armed with a chaste screenplay and an award-winning student film nobody has actually sat through. 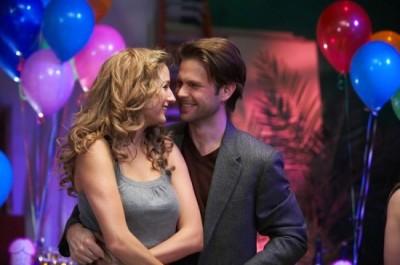 Unfortunately, Davis is ultimately here to melt some hearts, soon twisting "Finding Bliss" into a formulaic romantic comedy. This wouldn't be such a problem had the character of Jeff Drake been rendered with even the slightest appeal. Instead, Davis wants viewers to root for Jody and Jeff, as the virtuous film editor is romanced by the sleazy porn kingpin. Sure, Davis softens the blow with a few cheap tricks to keep Drake approachable, but the ick remains, solidified by Davis's wholly reptilian performance. There's no logical reason for Jody to find the man attractive, making the film's second-act plunge into break-up-to-make-up muck absolutely deadening.