Secret in Their Eyes, The 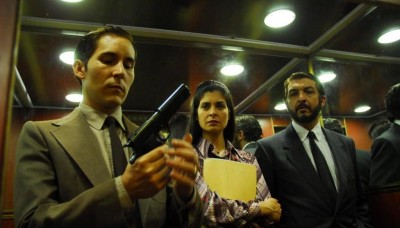 Up against imposing art-house competition such as Michael Haneke's "The White Ribbon" at this year's Academy Awards, Juan Jose Campanella's "The Secret in Their Eyes" stunned crowds by taking home the trophy for Best Foreign Film, thus guaranteeing it a substantial U.S. release it probably wouldn't have enjoyed if denied Oscar gold. I'm not fully convinced the victory was justified, but this is a structurally sound, splendidly acted thriller, achieving a continuous swirl of suspicion other directors would slap their own mothers to achieve.

In 1999, Benjamin (Ricardo Darin), a retired federal justice agent in Argentina, still stews in the mystery left behind in 1974, when he attempted to solve the rape and murder of a young woman named Liliana. Putting his thoughts to paper for a book, Benjamin can't quite collect the details, sharing his frustration with former co-worker and object of desire, Irene (Soledad Villamil). As his memories take him back 25 years, Benjamin reflects on the misery of Lilliana's grieving husband Ricardo (Pablo Rago), the flawed detective work of partner Pablo (Guillermo Francella), and the suspicious behavior of suspect Gomez (Javier Godino), who's retained enough powerful friends to make prosecution impossible. As his head brims with theories and uncertainties, Benjamin opts to pursue the case once again, hoping to find the truth after a quarter-century of doubt.

Magnificently composed and smoothly paced, "The Secret in Their Eyes" is a career achievement for Campanella, who previously helmed such pictures as "Son of the Bride" and "Love Walked In." The material appears to have refreshed his creative batteries, allowing him a golden opportunity to play Hitchcock, with a chessboard of the guilty, the dead, and the lovesick to strategically maneuver around the frame. It's a stellar directorial accomplishment that juggles both affection and misery, using Benjamin's conflicted heart as a way to humanize the chilling details, observing a man not only starved for justice, but after a woman he abandoned decades earlier when his safety was called into question. 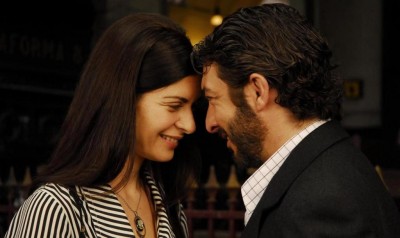 The screenplay successfully develops a collection of varied characters, slowly interlocking them through the tentative steps of investigation. The clarity of motivation is dynamic, but I'm not sure the emotional hooks ultimately dig into the viewer. While not cold to the touch, "The Secret in Their Eyes" doesn't quake with an expected ferocity, leaving a few key moments frustratingly dry. It's excellent to find Campanella underplaying the emotional content to fulfill the title's guarded promise, but the picture, for all its twists and turns, doesn't drive a lightning bolt through the frame. There's something odd about that.

While a reserved mystery focused more on characterization than grotesque sin, Campanella has a few film geek urges to sate, chiefly a bravura "unbroken" six-minute-long chase sequence where our heroes first encounter and arrest Gomez during a boisterous soccer match. It's a neat puzzler of editorial trickery and CG-embellishment, while also lifting the midsection of the film with a little pizzazz. There's a doozy of a crime here to fuel the suspense, but the director is smart enough to dial up the theatrics when needed.

Obviously, spoiler territory forces me to stop here and allow the viewer to experience the marvelous conclusion to the story without hinting too closely. I will state that the resolution of the film is completely satisfying, imagining justice not as a blast of vengeance, but as a march of agony. It closes this satisfying thriller experience on a pitch-perfect note of salvation, blended beautifully with a faint shot of hope; an emotion long overdue for these characters.