Soul of a People 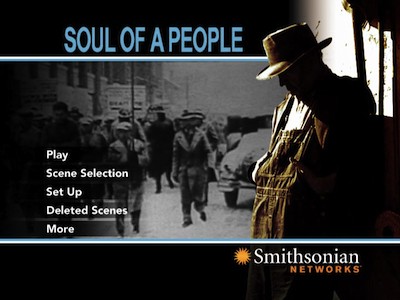 Soul of a People is a recent documentary put together by the Smithsonian Networks as a companion to David A. Taylor's book of the same name. Alongside the book, this film, directed by Andrea Kalin, intends to tell the nearly forgotten story of the Federal Writers Project, a progressive facet of FDR's New Deal. Through the 1930s and the 1940s, the Writers Project sought to chronicle the story of America itself, including the corners of the social map that weren't often spotlighted in other histories. It was an undertaking that would yield great results, but also courted controversy.

FDR intended to preserve all the skills and talent of the downtrodden American citizenry through his Works Project Administration. By his way of thinking, invigorating the people and putting them to work would bolster morale and put his country back on its feet. This included employing writers and artists and finding ways for them to contribute. The Writers Project was born out of this. It was headed by Henry Alsberg, who set up offices across the 48 states and concocted a plan to publish a tourist's guide for each state. These books would serve as a history of the regions, built on the stories of the people and talking about the reality of what could be found in the borders of their chosen province.

Writers employed in the Writers Project included John Cheever, Richard Wright, Ralph Ellison, Anzia Yezierska, Zora Neale Hurtson, and Jim Thompson. Two of the surviving participants, Stetson Kennedy and Studs Terkel, participate in the film and share some first-hand accounts of the experience. (Terkel, sadly, died shortly after his interview.) We also learn a lot about the colorful character of Vardis Fisher, head of the Idaho office and a cantankerous man of the West. He undermined Alsberg by pushing the Idaho guide out before any other state's, stealing most of the early publicity. Fisher is a largely unknown author these days, though film fans might know his work indirectly. His novel Mountain Man became the Robert Redford vehicle, Jeremiah Johnson.

I'm surprised we don't hear more about the Writers Project in histories of the Depression and the New Deal. It was a fascinating pocket of the WPA endeavor, and it yielded some amazing historical documents beyond what ended up in the guides. Eventually, Alsberg brought in Ben Bodkin to head up a "Folklore Division," dedicated to collecting a oral history from the common man and marginalized people, as well as recording songs. Thanks to Bodkin's team, we have records from some of the last surviving slaves, fading Native American tribes, and other pioneers. Sadly, the Writers Project was shuttered before the majority of it could be put to use.

The Project came under fire because the writers, wanting to tell the whole truth and nothing but, uncovered and documented things that many would rather not talk about. Jim Crow laws were in effect at the time, and the prevailing racism was such, there were many who would rather not hear minorities have their say. Martin Dies, a Senator from Texas and the originator of HUAC, made it his personal mission to go after the Writers Project. It wasn't hard to find folks with subversive ideas amongst a group of writers--they're writers, for goodness sake!

Andrea Kalin puts this whole story together in a lively though straightforward fashion. Soul of a People goes down easy, the compelling narrative illustrated with archival news footage and the words of the spotlighted authors. Patricia Clarkson narrates, and historians and authors Douglas Brinkley, David Bradley, Dagoberto Gilb, Robert Polito, and Maryemma Graham join Terkel and Kennedy in providing a modern perspective. At 92 minutes, Soul of a People moves briskly and covers a lot of ground. It's a slick effort, but that shouldn't be confused with shallow. Soul of a People made me want to know more, and I'll definitely be seeking out the book that goes with it. 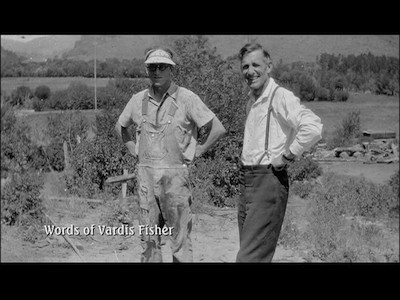 Video:
Produced in widescreen, this 2009 production looks as good as it should, on par with the top television productions. Resolution is sharp, the newsreel footage is well chosen, and the new material looks fresh.

Sound:
A basic Dolby mix gets the job done. This is all talking heads and so there is not much need for any effects, so I was surprised Soul of a People had both a 2.0 and 5.1 option. The mix goes right down the middle and gets the point across, the upgrade is a bit of overkill. You could easily go with either track.

Closed Captioning is also available for the deaf and hearing impaired.

Extras:
Besides trailers for other Smithsonian DVDs, there are three deleted scenes, running under four minutes total. One has further thoughts from Studs Terkel, another is a bit of color from the Chicago guide, and the last a scandalous Jim Thompson story about violence on the oil fields.

FINAL THOUGHTS:
Recommended. Soul of a People is an excellent documentary about an aspect of the Great Depression that I never really heard much about before, and I assume many others have not either. The Federal Writers Project employed authors as diverse as Richard Wright and Jim Thompson to go out and chronicle the tales of America. They met with some success, and they also met with controversy. This film sheds the spotlight on that endeavor, and it illuminates the often unheralded patriotism at the heart of the arts. 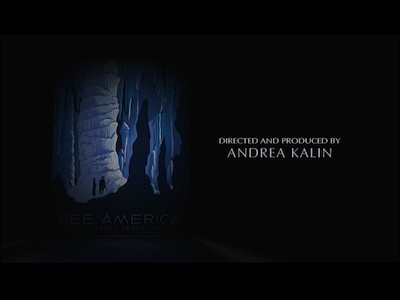