As I write this review, there are four remaining shopping days before Christmas. And while parents wrap up their shopping for the little ones, some last-minute "stocking stuffer" ideas certainly wouldn't hurt. I've been looking at The Halloween Stories Collection, a 3-DVD set of 18 animated shorts based upon classic children's storybooks from Scholastic. The emphasized holiday may be different here, sure, but this set wouldn't be bad as a holiday gift for a kid in elementary school, especially since only one of the three discs really involve Halloween-themed stories. A number of classics are faithfully adapted on these discs - with the accompanying text reprinted at the bottom of the screen (an optional feature). Reading the storybooks with your youngsters may be preferable, but these short videos help re-emphasize the familiar stories and are brief enough not to tax attention spans. Here's a closer look at each individual disc:

Where the Wild Things Are . . . and 5 More Stories by Maurice Sendak 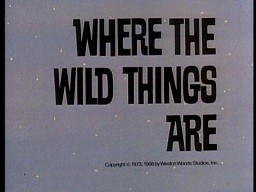 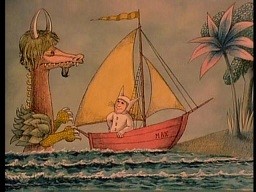 Arguably the most recognizable of this entire batch of stories is Maurice Sendak's Where the Wild Things Are. This familiar tale of young Max, who gets sent to bed with no supper and finds himself transported to a place with monsters, has delighted generations of children, teachers, and parents. The reading and music by Peter Schickele are energetic enough to capture the spirit of the story. It's been a long time since I've last looked at the book, but I suspect the animation tries to reflect Sendak's original art. The text of the story appears at the bottom of the screen while Schickele reads (these large-type subtitles can be turned off through the menu system). The short runs 5:56.

The disc also includes In the Night Kitchen (6:58), also performed by Schickele. Additional Sendak stories include Pierre (5:51), One Was Johnny (2:11), Chicken Soup With Rice (4:28), and Alligators All Around (1:59). These are rather neat in that they're performed by Carole King as songs. Pierre works especially well melodically with its "I Don't Care" refrain. In some ways, these entries feel like child-themed music videos.

The Teacher from the Black Lagoon . . . and More Slightly Scary Stories 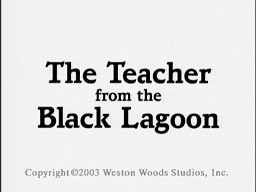 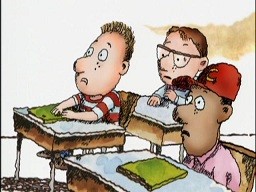 Unlike Where the Wild Things Are, I was unfamiliar with the source material for The Teacher from the Black Lagoon (8:07), a pun title riffing off of the classic Universal monster film Creature from the Black Lagoon, of which it otherwise shares nothing. This story, credited to Mike Thaler and Jared Lee, is rather fun, however. In it, a young boy on his first day at school falls asleep and imagines his new teacher as a green monster who commits humorously egregious atrocities upon her students. The boy wakes up at the end to discover it was just a dream and that his new teacher is very nice. The animation has a more modern feel to it, with brighter colors and sharper details than the Sendak cartoons. Jonathan Lipnicki's narration is spot-on. This was one of my personal favorites of the collection.

Also included on the disc are two sequels (how a propos for a horror storybook, no?) by Thaler and Lee: The Librarian from the Black Lagoon narrated by Alexander Gould (8:57) and The Gym Teacher from the Black Lagoon (8:21) narrated by Joey Stack. Both are fun, but the formula sticks out like a sore thumb. An additional story by Cari Best and Giselle Potter titled Shrinking Violet (17:06) fills out the DVD, though it is thematically linked to school anxiety. It's narrated by Ally McBeal herself, Calista Flockhart. 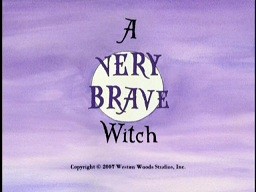 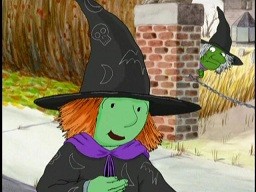 To be honest, this is the only disc of the three to be overtly Halloween in theme. A Very Brave Witch (6:44), the centerpiece of the eight shorts on this DVD, is a cute little story about a young witch who talks about Halloween and then ventures out to play with some human Trick-or-Treaters. It seems that most witches are actually afraid of humans because we don't have green skin. Who knew? In any case, this is a harmless little story by Alison McGhee and Harry Bliss, and it's read perfunctorily by young Hollywood actress Elle Fanning.

So to sum up, The Halloween Stories Collection boxes together three DVDs full of kid-friendly "scary" stories. One quibble I had with this set is that 3 discs seem like overkill, as none of them have much more than an hour of content. Everything probably could have fit on one disc, in other words. That's a minor concern, though. This is a good set for elementary school-aged children and comes recommended as such. 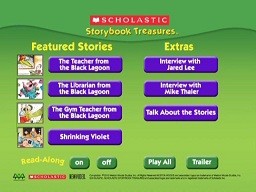 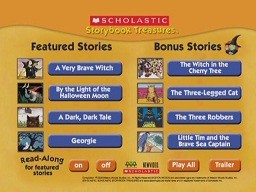 All 18 shorts are presented in full frame (1:33:1 aspect ratio), apparently reflecting their original presentation (though I couldn't confirm this for sure). The visual quality varies quite a bit depending upon the individual short's production date. Older cartoons, especially the Sendak ones, lack the detail and vivid color of more recent efforts.

Dolby Stereo is what you'll find here - and really, that's all that's needed for these narrated shorts. None of the cartoons have narration that's difficult to hear in the mix. English subtitles are the default setting on each disc, as the idea is to emphasize reading, but these can be shut off in the menu system.

Extras on the disc for The Teacher from the Black Lagoon include separate interviews with Mike Thaler (6:24) and Jared Lee (8:14). Both are interesting to listen to. In addition, Talk About the Stories offers discussion questions geared toward elementary schoolchildren about the four storybooks.

A Very Brave Witch has no extras except for a short trailer for the Scholastic Storybook Treasures series, though this is made available on all three discs.

18 cartoon shorts of varying length span the three DVDs of Scholastic's The Halloween Stories Collection, all based upon children's books. Little kids in elementary school would probably enjoy them quite a bit - and truthfully, with source stories like Where the Wild Things Are, many of these cartoons could be enjoyed year-round. The discs would make a nice gift any time of year. Recommended.