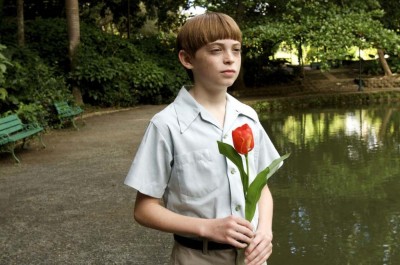 A quasi-sequel to his 1998 masterpiece, "Happiness," "Life During Wartime" follows writer/director Todd Solondz down his preferred path of psychological deterioration and perversity, only this time the monsters of suburbia have returned in search of forgiveness. The real issue here isn't one of atonement, but how much longer can Solondz keep making the same motion picture. Despite newfound political trimmings and an impeccable eye for composition, "Life During Wartime" can't help feeling discouragingly conventional for the gifted filmmaker.

Joy Jordan (Shirley Henderson) has found herself betrayed once again by her husband, Allen (Michael Kenneth Williams), who can't give up his sexual perversions, forcing her to flee to Florida. There, she meets up with sister Trish (Allison Janney), a nervous mother of three who's found a loving man (Michael Lerner) to help wash away the sting of her ex-husband, convicted pedophile Bill (Ciaran Hinds). Fresh out of prison, Bill makes his way to visit Trish and the kids, an act that alarms young Timmy (Dylan Riley Snyder), who's been led to believe his father died long ago.

Forever interested in disrupting expectations and challenging continuity, "Life During Wartime" brings about an entirely new cast to inhabit the "Happiness" roles, revitalizing the conflicts with fresh faces. However, the picture remains a familiar gathering of unnerving woe, furthering the story of the Jordan sisters (Ally Sheedy pops up briefly as Helen) as they reach the next phase of their lives: absolution.

Where "Happiness" plunged into the misery of human behavior, detailing extraordinarily vile impulses with a compassionate touch (and a frothy serving of dark comedy), "Life During Wartime" looks into the process of guilt. It's an emotion shared by most of the main characters, who drag along a lifetime of worry as they search for the contentment they were once promised. It's a troubling existence, in Joy's case a depression strengthened by the ghost of her former suitor, Andy (Paul Reubens), who killed himself after time spent with the fragile woman. It's a fascinating whirlpool of contrition that makes up the majority of the screenplay, as the director sobers up the material to address its casualties. Does time heal all wounds? Should there be such a thing as "forgive and forget?" There's a quiver of pain felt throughout the picture that sustains interest, observing Solondz working to a finer point of confrontation. 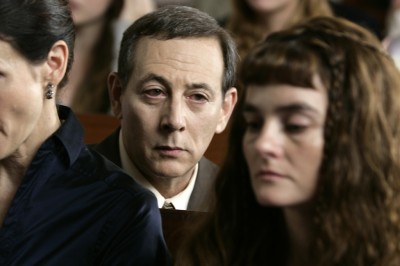 Though the film makes an effort to investigate the emotional wreckage through a few chilling interactions (Bill catching up to college-age son Billy is absolutely riveting), the rest of "Life During Wartime" merely teases catharsis. Solondz can't help but wrap the script around his blackly comic pitchfork, attempting jokes and absurdities he's masterfully executed before. The picture is a sequel and therefore demands some form of tonal harmony, but the soulful poison that felt so vital and incisive before is ineffective the second time around, making the picture feel distractingly stale. And believe me, it's odd to watch a film of perverts, pedophiles, and sniffly melodrama (Sirk with a Polanski spank) and respond with a been there, done that shrug. Solondz is a vital, original filmmaker with a clear view of humiliation and vulnerability, but he's inching closer to becoming a one-trick pony.

"Life During Wartime" is a softer film than "Happiness," with a more direct expression of sorrow, contributing to a more meaningful finale of loss and surrender. It's a crime such pure emotional weight is left to curdle inside a static, repetitive motion picture.