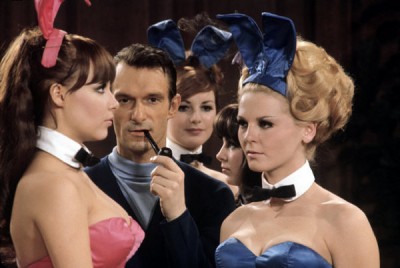 The documentary "Hugh Hefner: Playboy, Activist and Rebel" aims to rise above traditional pit stops of jiggles and giggles while recounting the tale of Playboy Magazine's founder and editorial icon. This is an investigation into a man who consistently pushed the envelope in the name of freedom; a gentleman baffled by repression, who sensed an incredible opportunity to create a magazine that catered to the curious and the liberal, personifying a sexual revolution that lasted for decades. Yes, there's nudity and plenty of footage exploring the heyday of Playboy parties, but the picture is more concerned with the man behind the ears, who built an empire while changing the world.

Chicago-bred Hugh M. Hefner, scraping together loans and favors, published the first issue of Playboy in 1953, using well known, but little seen nude pictures of Marilyn Monroe as a hook to bring readers into a world of sophistication. The magazine took off like a rocket, with Hefner firmly in command; a control freak who pored over every last detail of the publication, firmly believing what he was putting out monthly was a critical tool in releasing America from the grips of destructive, conservative thinking. Employing some of the brightest minds and the softest bodies, Hefner built a kingdom with Playboy that still stands today, over five controversial decades later. 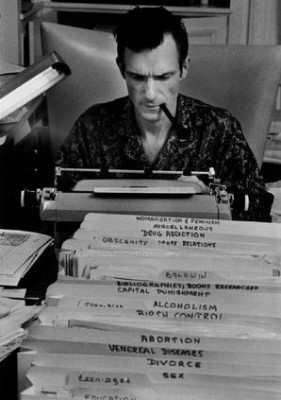 "Playboy, Activist and Rebel" recounts the less illuminated side of Hefner, beyond the pajamas, blondes, and pipes. Director Brigitte Berman seeks out the history of Hefner as an activist and philosopher, who used Playboy as a vessel to challenge mores and promote liberation during America's darkest periods. Playboy wasn't solely about skin, but a platform for ideas, with Hefner employing authors such as Alex Haley and Ray Bradbury when publishers turned their backs, or using the pages for his own thoughts on the repressed state of the union. Starting with Playboy's introduction to the newsstand, the documentary sets off on a vast journey of illustration, with film footage and Hef's own scrapbooks covering the vicissitudes of Playboy, which soon became a number one target for censorship by anyone looking to set a volatile example for the media.

While scattered at times, Berman colors her subject wonderfully, sitting down with Hefner as he recalls his battles with a certain world-weary creak. Interviews with friends, commentators, and contemporaries (including Gene Simmons, Jenny McCarthy, Mike Wallace, and Bill Maher) fill out the discussion some, while the director also makes room for Hef's detractors, including Susan Brownmiller, a feminist author who retains distaste for the Playboy mastermind decades after their rather combustible debate on "The Dick Cavett Show." The conversations look to expand Hefner past his reputation, shedding light on his drive to combat racial tension during the '60s and '70s (erasing color lines on his popular television programs and inside the Playboy Clubs), his troubles with the law facing trumped-up charges that sought to destroy his reputation, and his arc from panty-twirling revolutionary to pariah as the 1980s ushered in a conservative, religiously rigid era that didn't show much patience for the Playboy lifestyle. 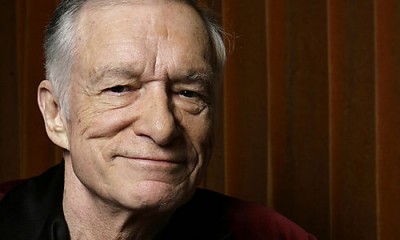 "Playboy, Activist and Rebel" is certainly reverent of Hefner's cultural accomplishments, delivering a convincing argument with a smooth, efficient visual style that combines talking heads with insider footage and a few splashes of animation. The documentary does a swell job positioning Hugh Hefner in a different light, showcasing the man's forward-thinking ideals and his hopeless addictions (love being a major failure in his life), while stripping away the glamour to find a sensitive, concerned core. At 84 years of age, Hugh Hefner has boxed himself into a cartoon reputation of sorts with the success of "The Girls Next Door," but here he's offered the chance to reignite his passion for life though conversation, and there's no better boat captain of memories and accomplishments around.